A SONG FOR SARAH 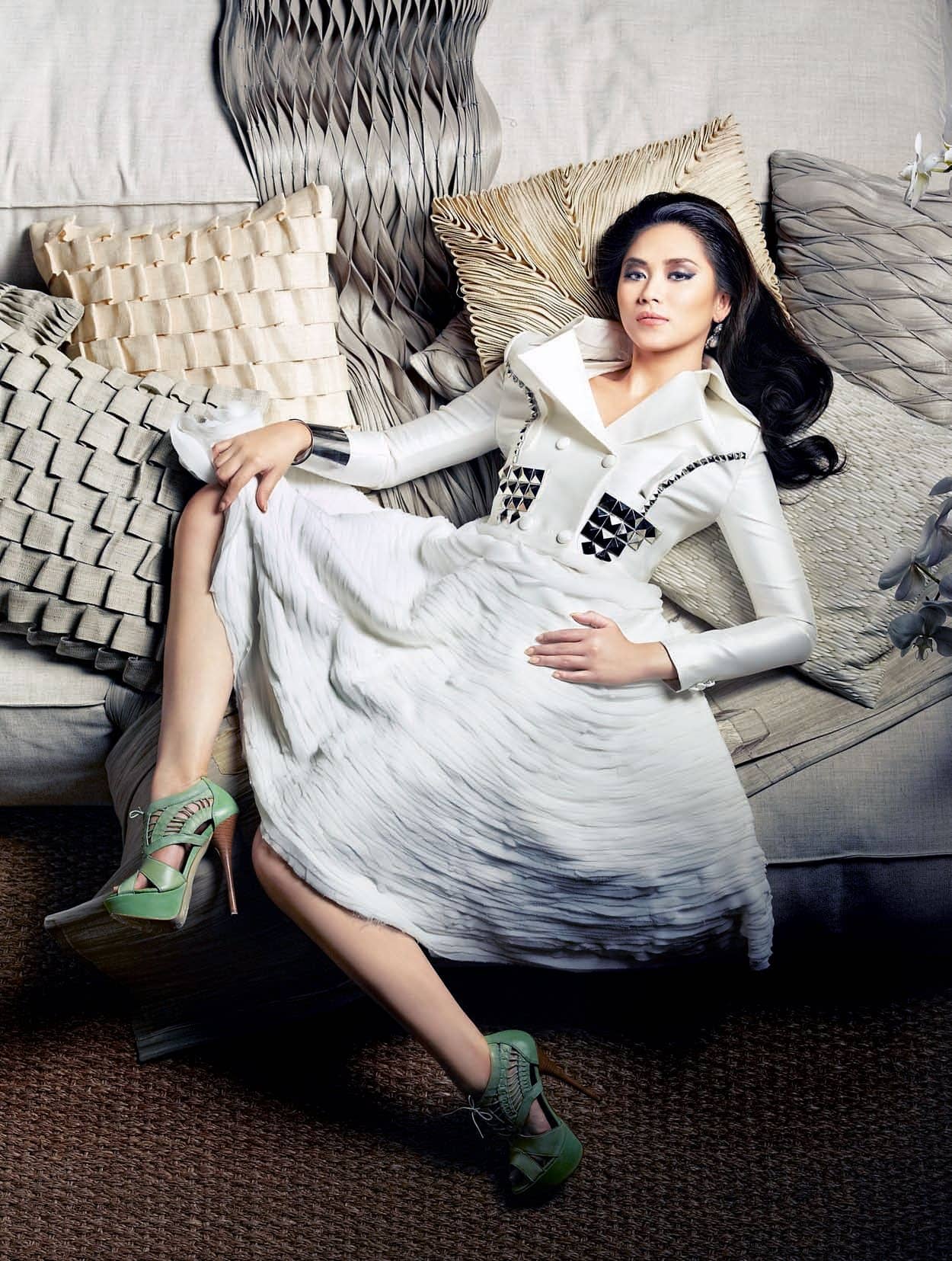 Sarah Geronimo has come a long way. Starting her career out performing in shopping malls and college campuses, she has since enjoyed a meteoric rise to superstardom. At 23, the possibilities seem endless for this down-to-earth singing sensation

SARAH GERONIMO ARRIVES ON TIME. “She’s here,” says an inanimate voice as a car pulls in. We meet at Warehouse 17, a spacious boutique with modern Asian furniture and an ambient soundtrack located somewhere in the outer reaches of Makati. Sarah walks in unassumingly, clad in a crisp white shirt and jeans. Her bodyguard, an intimidating, expressionless figure in a barong, follows a few steps behind. She smiles disarmingly when I am introduced to her, shakes my hand, and unabashedly refers to me as ‘sir’— a rather odd sense of propriety, somewhat unexpected from a national pop icon.

The hoopla commences. Sarah sits in a high chair in front of a lit-up mirror. She is for the most part quiet but grinning broadly and occasionally singing under her breath. It is an endearing sight. Her wardrobe for the shoot, a rack of finely-detailed gowns by some of the most influential Filipino designers, flown in from as far away as Dubai, is carefully scrutinized by stylists and Sarah’s doting mother, Divina. Two separate camera crews for ABS-CBN and Sarah’s TV show aptly titled Sarah G. Live! enter and begin filming; art directors rearrange furniture while hungry staff members pinch some of the complimentary food. Her artist Lala Flores, a former ramp model herself, meticulously applies top-of-the-line cosmetics to Sarah’s now noticeably stoic face.

It is no surprise that pop princess Sarah Geronimo is unaffected by the ruckus that surrounds her. Most people her age are fresh college grads that are either unemployed or working mediocre desk jobs. At 23, Sarah is a showbiz veteran. She made her singing debut at two years old in a shopping mall. By age four, she had become a member of the popular children’s television show Pen-Pen de Sarapen. And two years later, she performed for Pope John Paul II during his famous visit to the Philippines. But it wasn’t until 2002 when 14-year-old Sarah truly shot to countrywide stardom. She won the Star for a Night competition hosted by Regine Velasquez with her poignant rendition of Celine Dion’s ballad ‘To Love You More.’ The victory earned her one million pesos and a contract with Viva Artists Agency. She released her first album, Popstar: A Dream Come True later that year.

It seems that at such a young age, a career path had already been forged for the precocious Sarah. “Hindi ko ma-imagine sarili ko na iba ang ginagawa ko (I can’t imagine doing anything else),” she explains, now madeup and looking stunningly doll-like. “Siguro I’d just be a typical college student pa din. Pero ayun, singing talaga yung gusto ko, performing (I guess I’d just be a typical college student otherwise. But there you go, singing and performing is what I really have always wanted to do).” 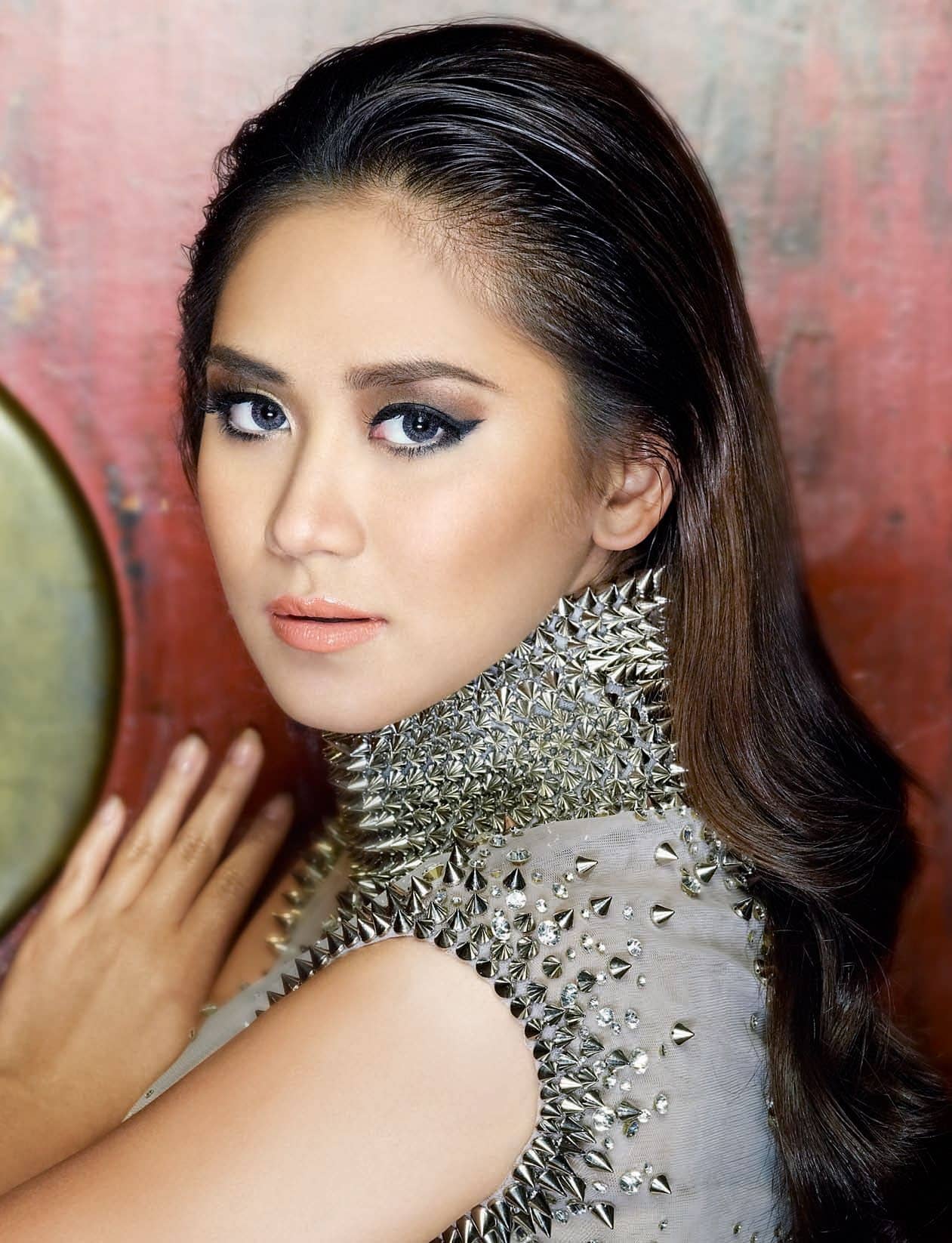