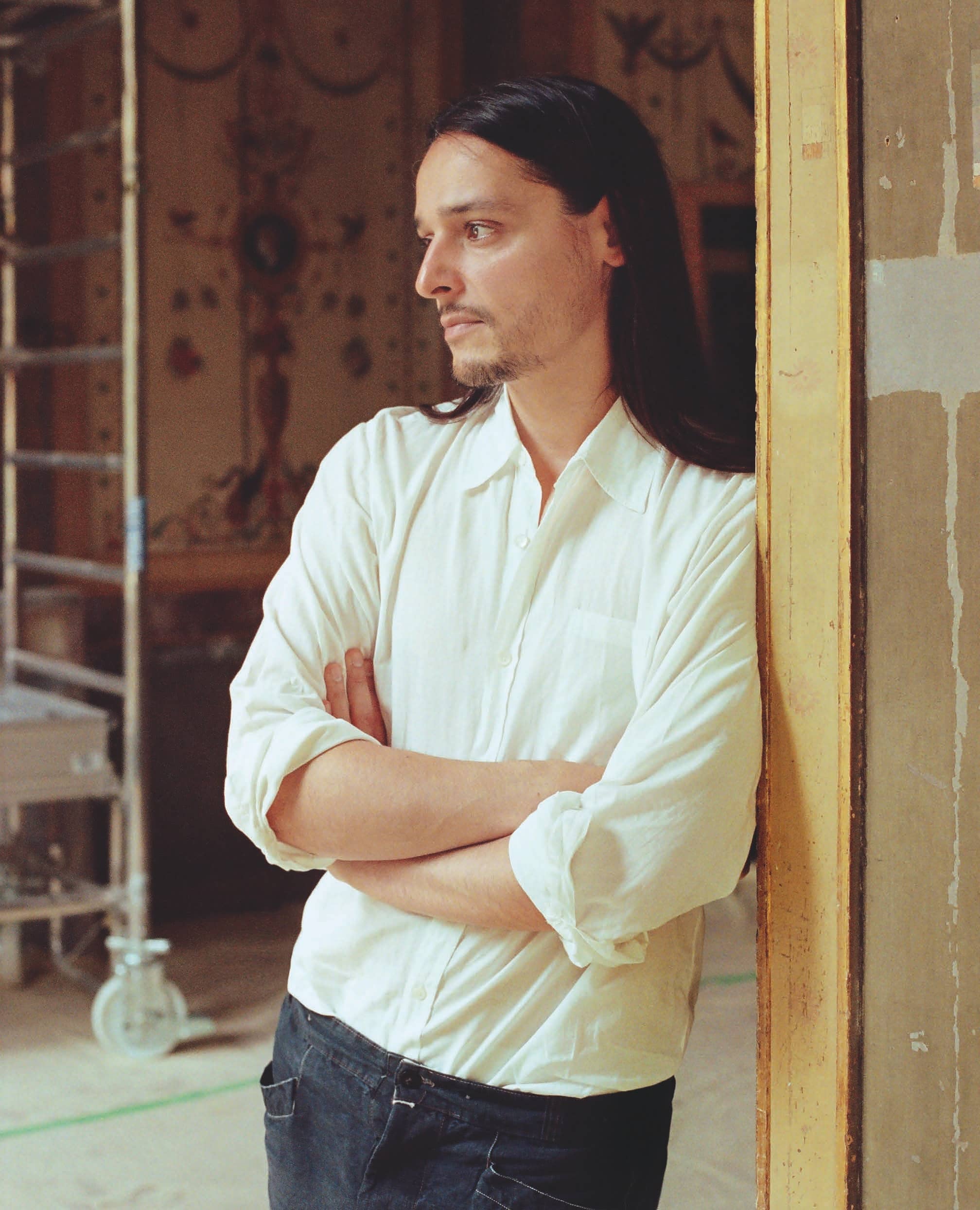 White T-shirt, blue jeans, canvas shoes, long hair and that charming smile, as if saying “life is good”. Olivier Theyskens has affected millions with this simplicity.

Since our last meeting with him (two years ago) to today, his address has changed but he has not. From Le Marais to the 10th district of Paris, his creations have given new meanings to fashion. The latest location, Bourienne Hotel, is not only ranked amongst historical monuments but is also considered as one of the architectural jewels of the eighteenth century. It was an opportunity for us to discuss the vision and upcoming projects of the Franco-Belgian creator. Edited extracts.

Your new place of work is inspirational in itself. How did you find it?

We had been looking for a change, for a long time. But, the Bourrienne hotel was under restoration for more than five years, with the floor being finished very recently. So, we made an urgent move as soon as it became available.

You were a one-man army when you started. Now you are a team. How was the journey for you?

Sometimes starting alone is an asset, I believe. I started building my collection back in 1997. At that time I was very naive, and the fashion industry has changed a lot since then. Today I have a team of a handful. We are less than ten people, but we are very structured. Everything is produced in Italy. I have some key people that I certainly rely on.

You have both Belgian and French roots. Which traits do you have of each nationality?