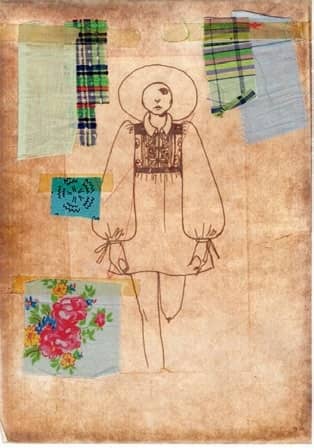 That’s the essence of Kenzo Takada, captured in an eponymous new book chronicling the Japanese designer’s trailblazing fashion career. The tome paints a vivid picture of Takada’s life in Paris through his sketches, photographs and letters to his mother. Below, he tells us how it all finally came together on paper

What made you decide to release a book of your works?

The book was Kazuko Masui’s idea! To be honest, at first, I would have never imagined that anyone would be interested in seeing my sketches.

How did you end up working with her on it?

Kazuko Masui was a foreign correspondent for a Japanese women’s magazine and the author of various fashion and gastronomy books. Shortly after I moved to Paris, she became a close friend. In 1989, she initiated my exhibition, Kenzo-Liberté, in Tokyo and my hometown Himéji.

When I sold the brand in 1993, she was keen on me publishing a book of my archives. Together, we continued with this idea and created a tribute book of my sketches in 1999. It was heartbreaking for me to complete this project just after she passed away. I finished it with her lovely daughter, Chihiro Masui, and nothing would have been possible without them. It took effort and time, but it was worth it and I am proud of our work together. 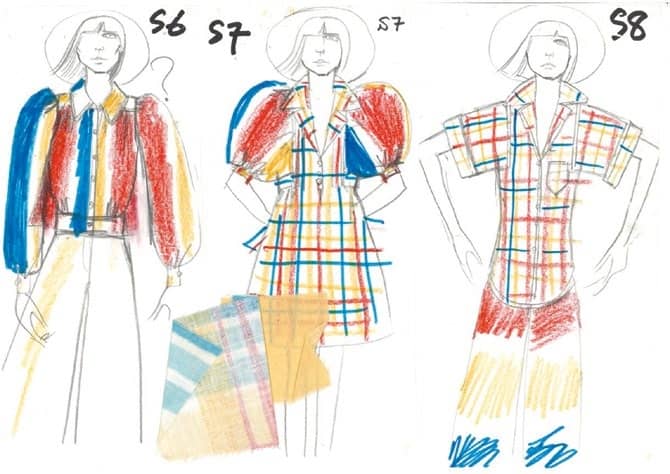 What can you tell us about the cover that you designed for the book?

My designs are always colourful and graphic. I want them to be joyful, and it is important for me to transmit as much positivity as possible. The flowers are an important aspect to my identity; they were a symbol of my label. We chose this cover because it perfectly reflects my style.

The book includes some of the 7,800 fashion sketches you’ve done throughout your career. What was the selection process like?

It was difficult to sort through the many sketches and narrow them down to 300. I organised them into chronological order and chose the ones that represented the identity of the brand.