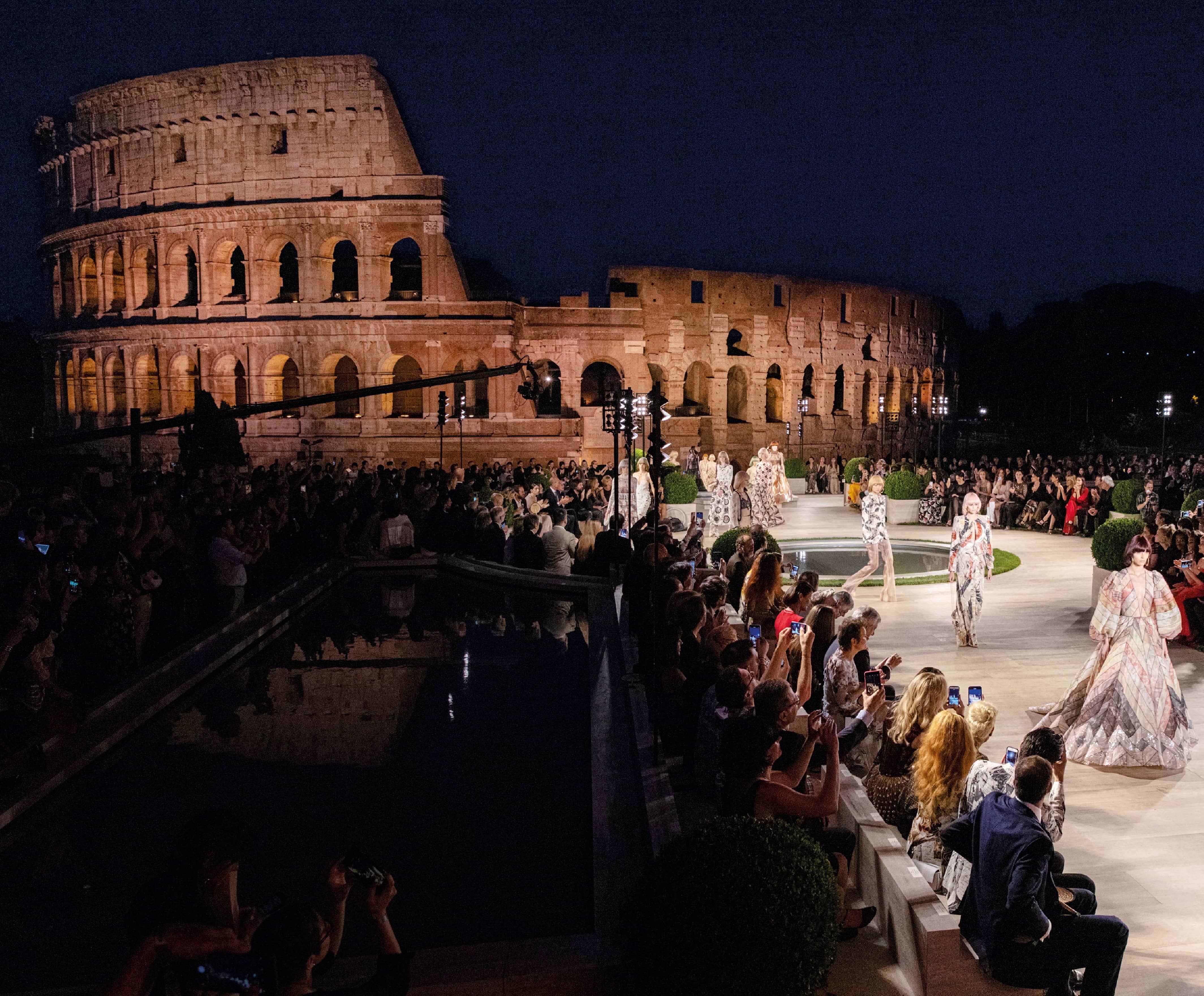 Fendi moves into the future with Silvia Fendi Venturini at the helm. Natasha Kraal previews this historical tribute couture collection in the birthplace of Rome.

Silvia Venturini Fendi stands at the top of the wide stairways leading into the monumental Palazzo Della Civiltà Italiana as if she were welcoming guests to her “home”, the global headquarters of Fendi. She’s actually in the midst of her official photoshoot, posing rather matriarch-like in black-and-navy, as I am quickly ushered away into the building. Behind her, candescent Roman sunrays burst through the sculptures by Publio Morbiducci and Alberto de Felci of the Dioscuri—two mythical Greek heroes, the sons of Zeus and Lena— casting light dramatically on the mise en scène.

Not long before, there were also two heroes. Karl Lagerfeld, who was appointed by her mother Anna Fendi and four aunts as the artistic director of Fendi in 1965, when Silvia Fendi was merely five years old, and in the last 20 years took his bow alongside her as creative compatriots—and Silvia Fendi, who was first appointed as menswear designer in 2000 and now remains creative director of menswear, accessories, and children; to date the only family member to work for the luxury brand. Together they propelled Fendi from a fur and leather shop founded in 1925 by her grandparents Adele and Edoardo into one of the most fashion-forward luxury brands in the world. How poignant, on the morning of the Fendi Haute Couture Autumn/Winter ’19 show, this vision of Silvia Fendi standing alone, stoic and ready to take on this new era for the 94-yearold luxury house; and especially symbolic that the collection be called ‘The Dawn of Romans’ (Romans, later expressed by Silvia Fendi as the hybrid of “Rome and Humanity”). 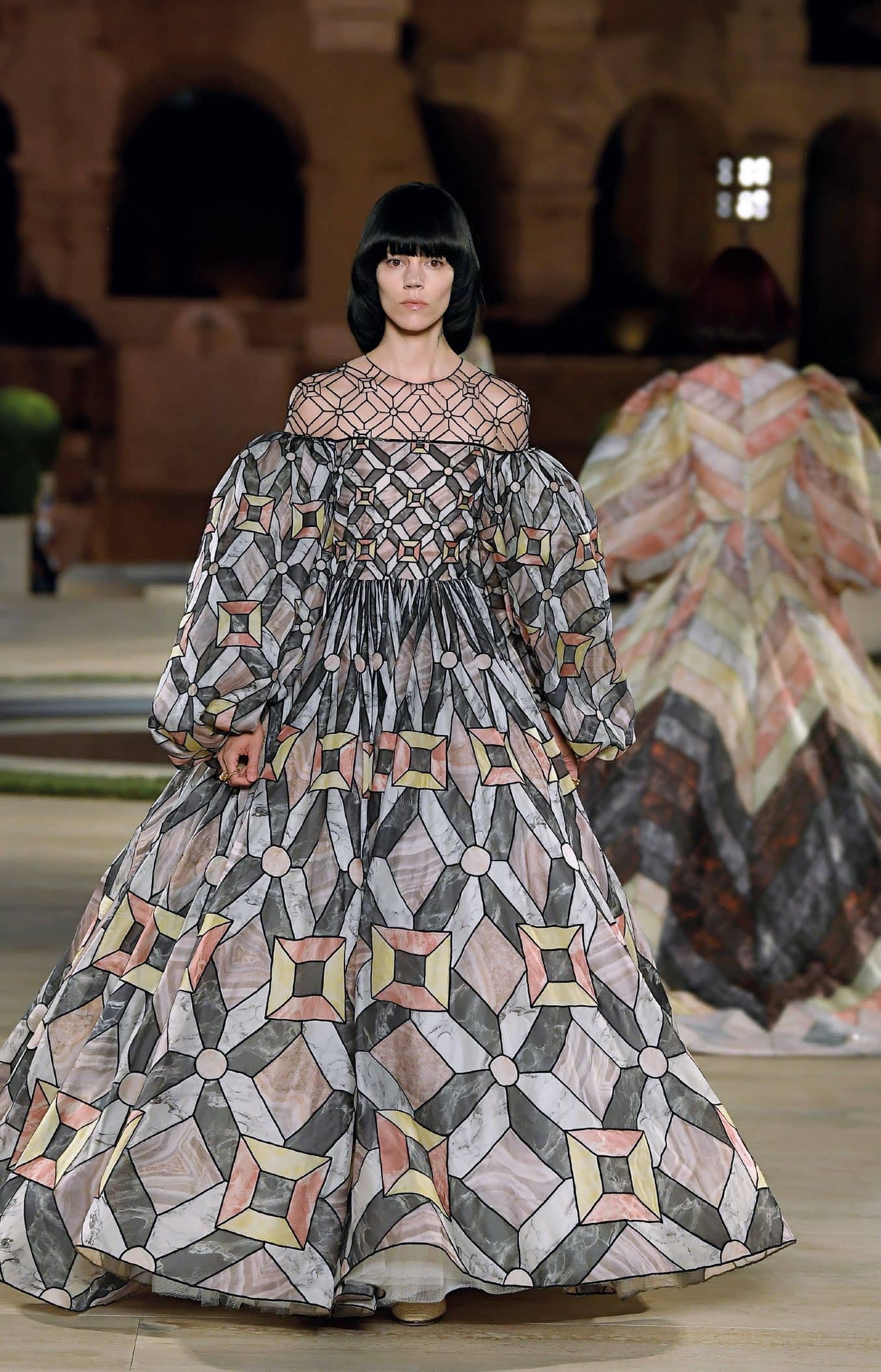 The past to the future, in the likeness of the Roman god Janus, this exceptional moment is about transitions and time, beginnings and endings, in the ever duality of Fendi. This tribute collection to the 54 years of Karl Lagerfeld with 54 unique looks is homage to his rich legacy taken into the future by Silvia Fendi in the very present. In fact, Lagerfeld had already started sketching the couture collection and in the last moments of his life passed these in a book to Silvia Fendi to bring to life. The next question was, where?