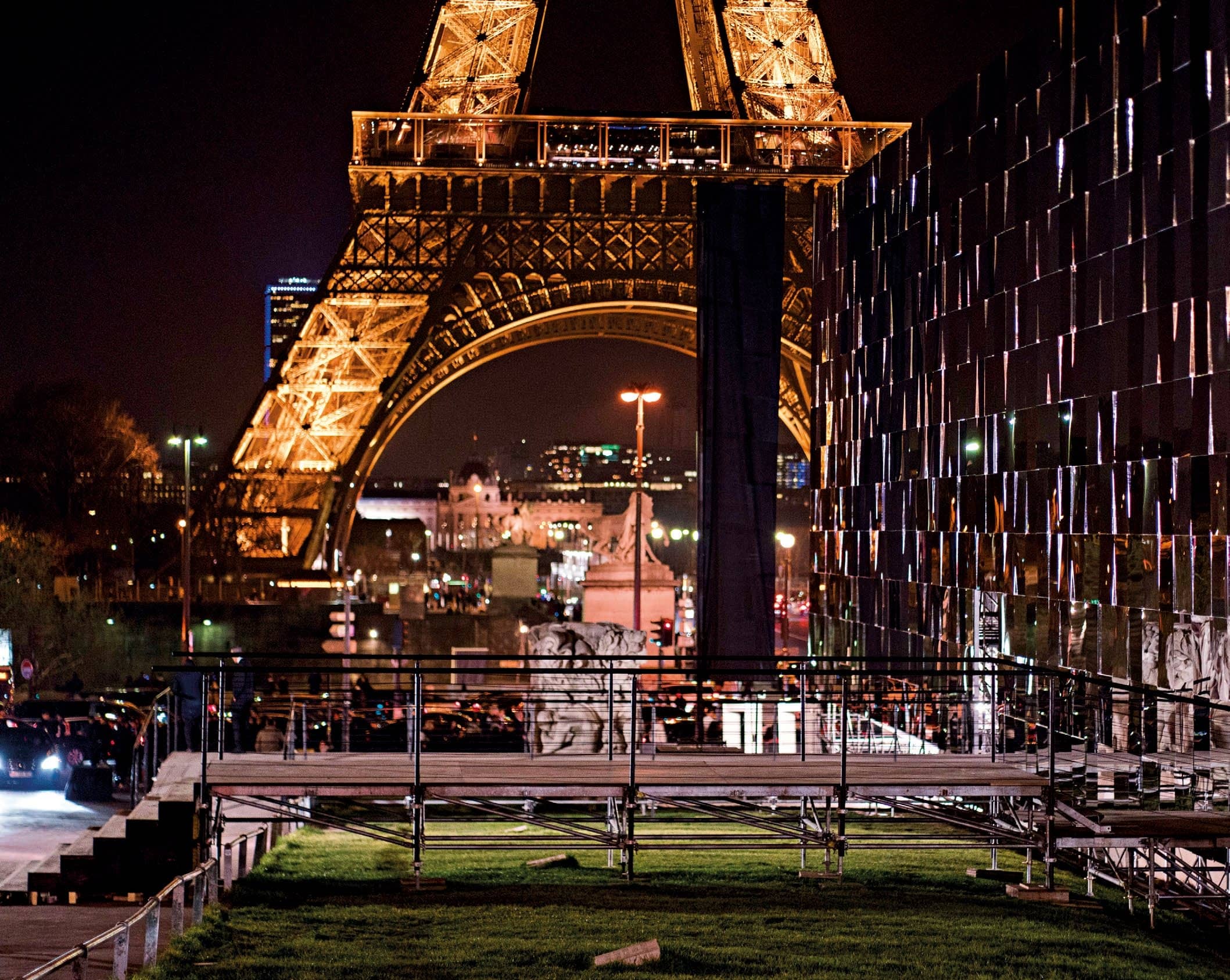 With an epic light show enough to rival Tomorrowland, Anthony Vaccarello ushered in a new age of femininity at Saint Laurent.

The glittering splendour of Paris’s Eiffel Tower had always been synonymous with the dramatic spectacle creative director Anthony Vaccarello puts on for his shows at Saint Laurent. But something was definitely askew as I made my way down the city’s iconic Trocadero steps. Instead of a runway basked in the Eiffel Tower’s illumination, a gilded warehouse was set in its place—complete with a Yayoi Kusama-esque infinity tunnel straight out of a sci-fi film.

This change of scenery certainly set the tone for Vaccarello’s re-imagination of Saint Laurent’s codes, which often saw the Belgian-Italo translate into gratuitously sexed-up versions of le smoking suits, marching band jackets, and embellished nipple tassels. But not this season. For Autumn/Winter ’19, the creative director broke free.