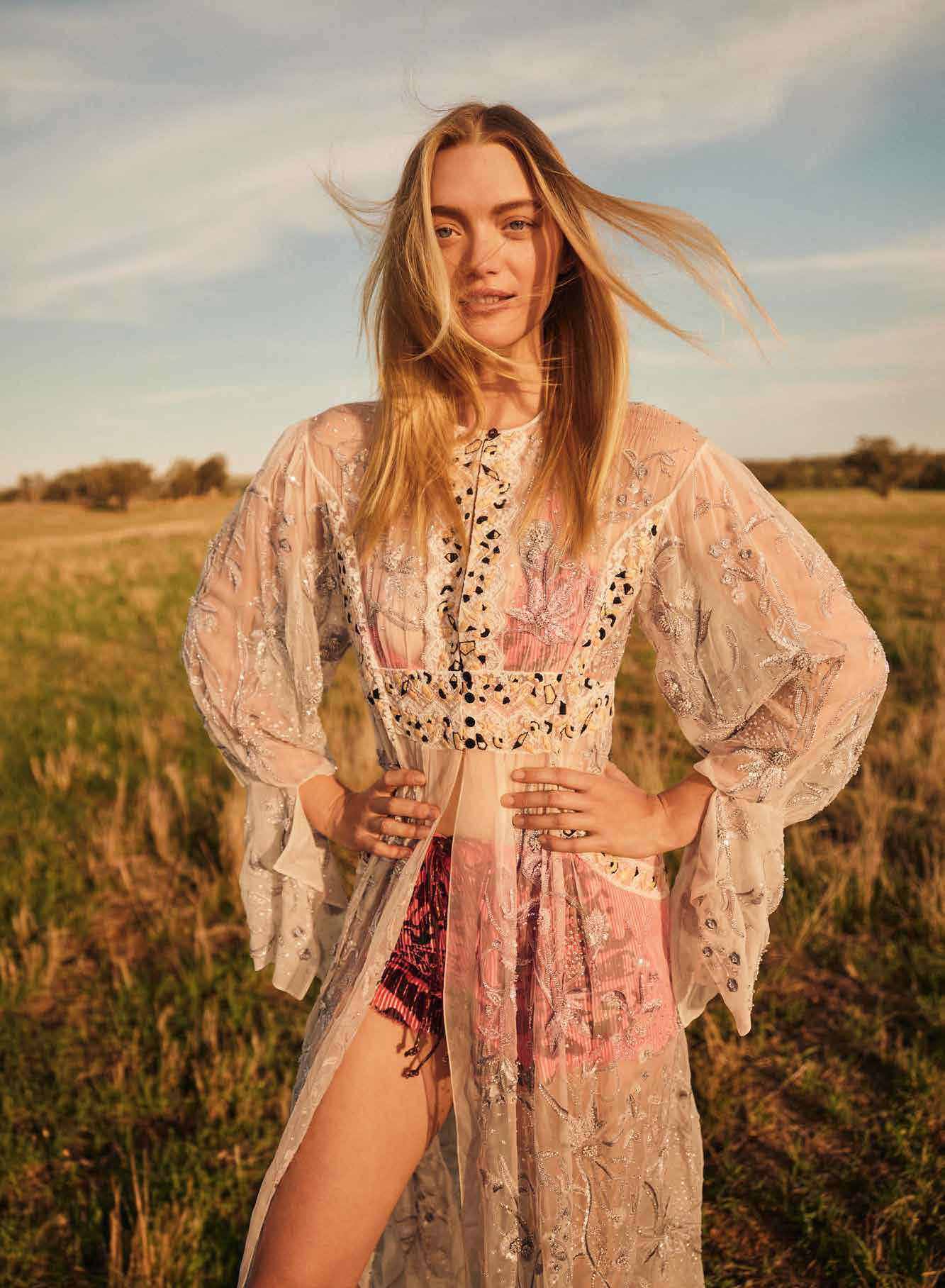 As GEMMA WARD makes an electric comeback on the runways, BAZAAR spirits the Perth-born, New York-based supermodel away from the spotlights to the wide open savannah of Taronga Western Plains Zoo in Dubbo, New South Wales. There, she makes new four-legged friends and talks conservation, motherhood and spiritual healing in nature with Eliza O’Hare

SOMETIMES there’s a perfect symmetry to things. Today we are shooting just outside Dubbo, New South Wales, on the savannah of Taronga Western Plains Zoo, with Gemma Ward. The crew has been working since 4am and it’s pushing 7:30pm now. The landscape here — across most of central New South Wales and into southern Queensland — has been stripped, devastated by nearly a year without rain. But last week’s surprise downpour has reinvigorated the plains and renewed the grasses that are now emerging as the vegetation starts to bounce back. 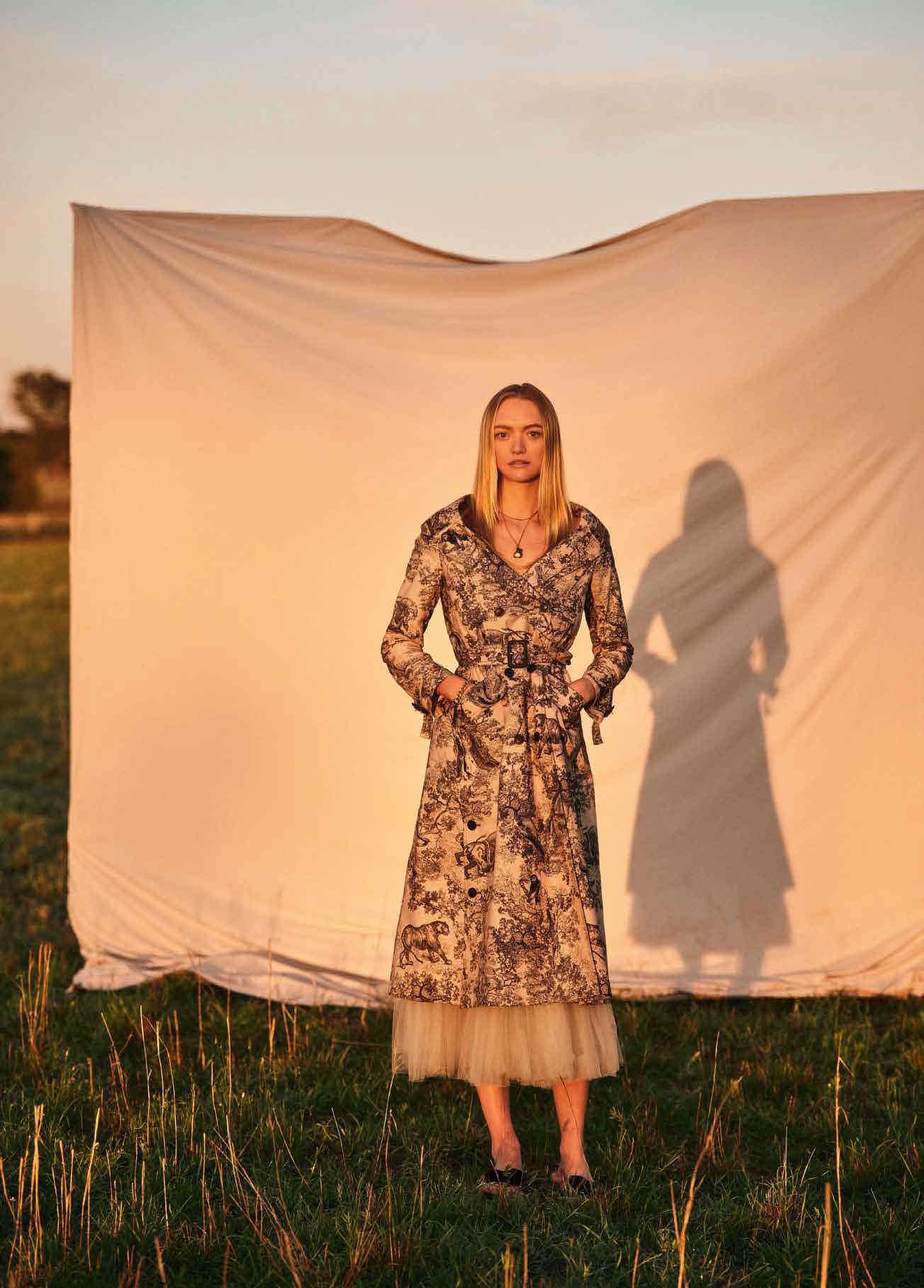 So too, Gemma Ward has returned. She is experiencing a major comeback. Again. The news sent a thrill through the global fashion community as Ward went back to work after having her second child with partner David Letts in January last year, and she has hit the ground running. 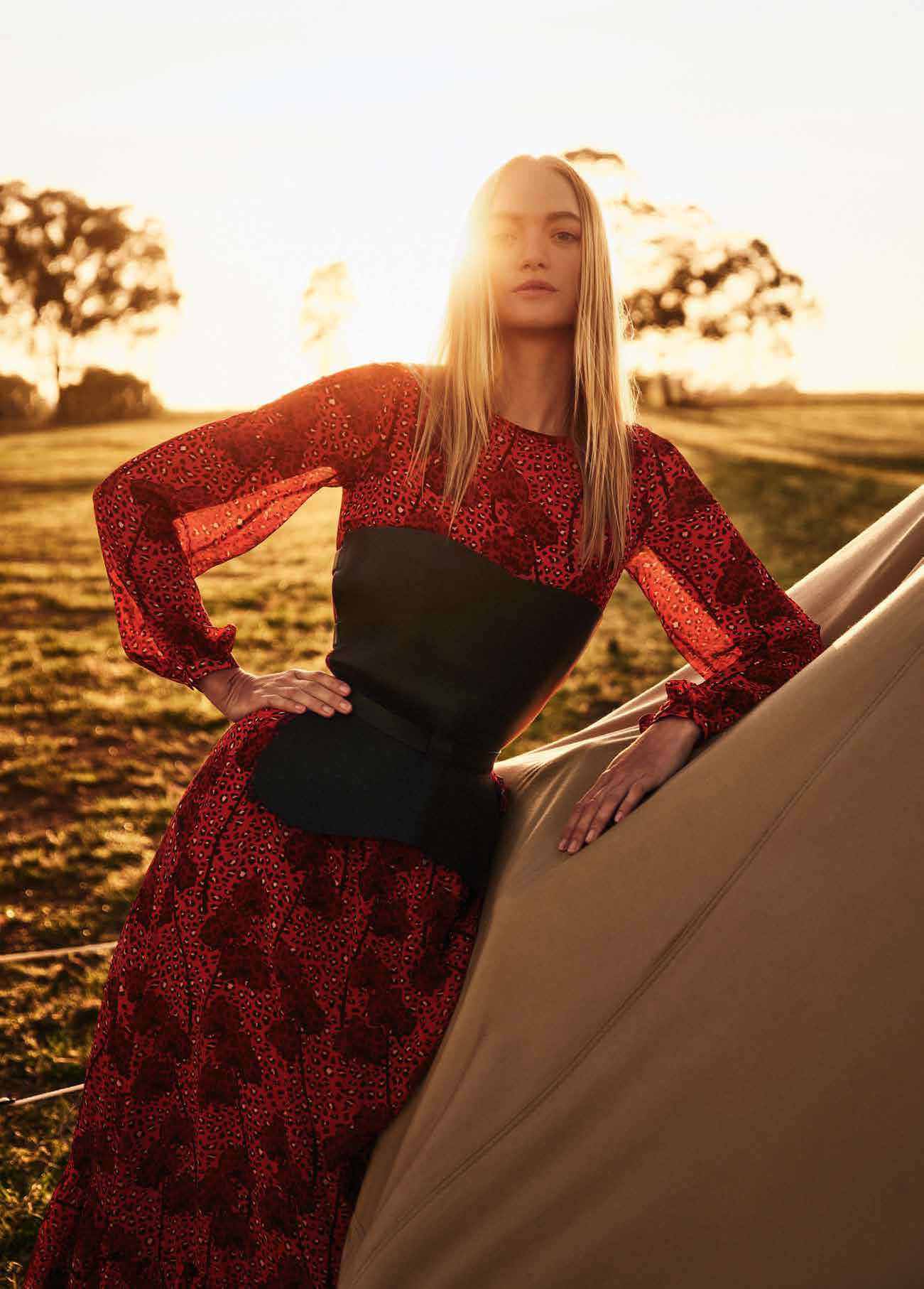 We are catching mouthfuls of flying insects in the dusty pink sunset and the temperature is dropping fast. Animal noises drift over from the enclosures, as we sit here in the dusk clutching glasses of wine. Ward is calm and self-possessed and responds to our conversation with measured and considered replies. There are moments of silence when she stops and visibly composes her answers. Her face is so familiar, it feels as if I’m talking to someone I know well. Maybe that’s part of her universal appeal: there’s definitely something about her that designers and photographers are drawn to. The level of fondness for her within the industry is quite touching. 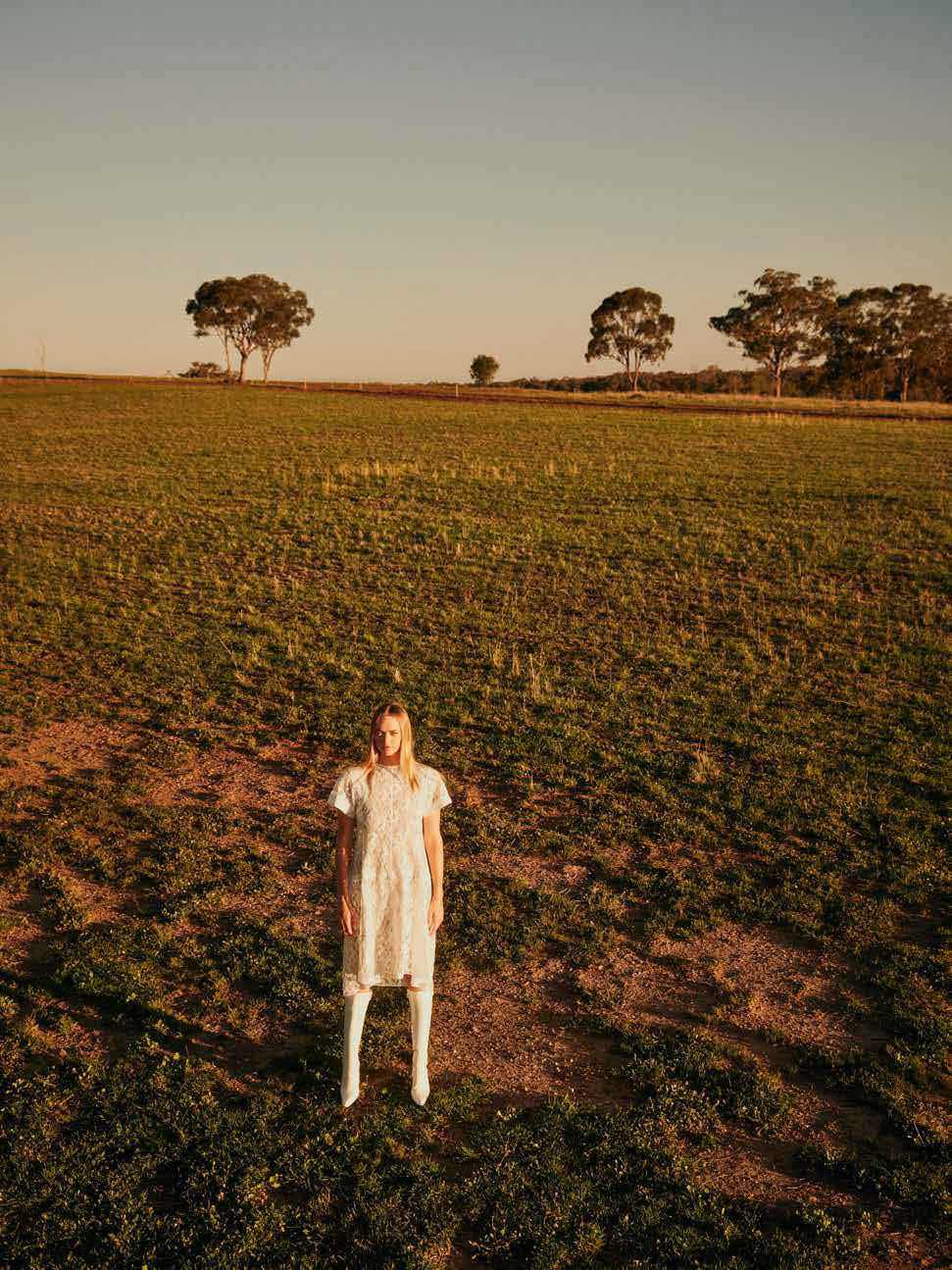 “Yes, it is nice to have people happy that I’m back and to be embraced, obviously,” Ward says. But she can’t articulate why she’s a fashion favourite. “When I first started, I couldn’t really talk about myself; I couldn’t be objective. Now, when I look back at those first photos of myself I see somebody very innocent, very pure. But I was also quite driven as a child — I wanted to be an actress — so I see a brave young girl as well. I think that mix might have been interesting to people and maybe that’s why they connected with me. 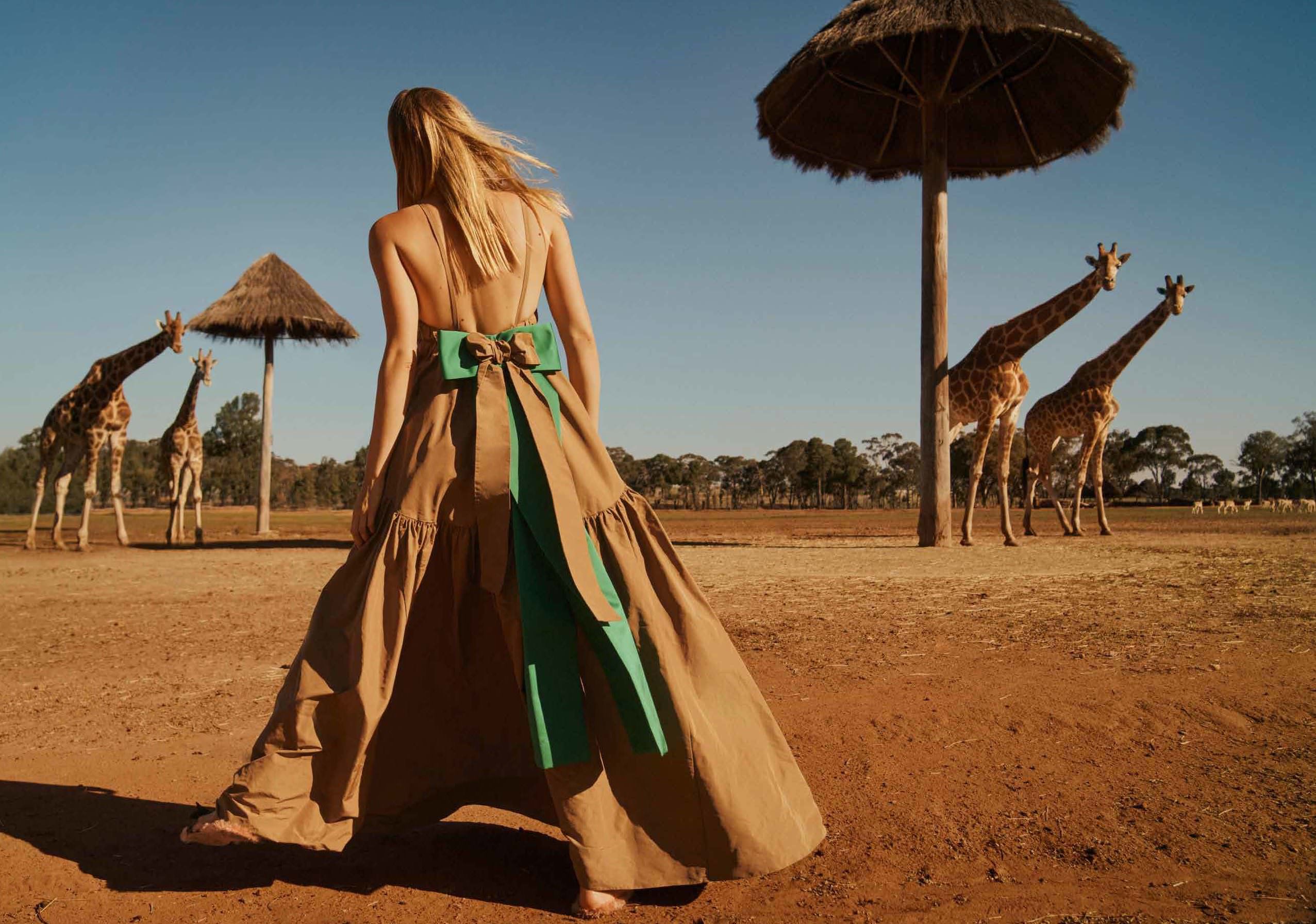 “I felt a lot of people liked working with me early on because I didn’t complain very much,” she continues, laughing. “I liked working and I could be pushed and I didn’t really tire out.” Case in point: a conversation with our makeup and hair team, Linda Jefferyes and Sophie Roberts, respectively, with whom Ward has been working since the beginning, in which they reminisce fondly about a shoot that went through till 3:30am. “I feel that photographers appreciated that,” Ward says. “People who want to be incredibly artistic tend to push the envelope and try different things, [and] want to work with [subjects] who are happy having the perception of themselves and their image broken down,” Ward says. “It’s an interesting thing — you are what someone else is seeing of you. It’s their perception of you — it’s not you. It’s important to understand that concept when you’re a model, because you can easily get a little bit lost otherwise.” 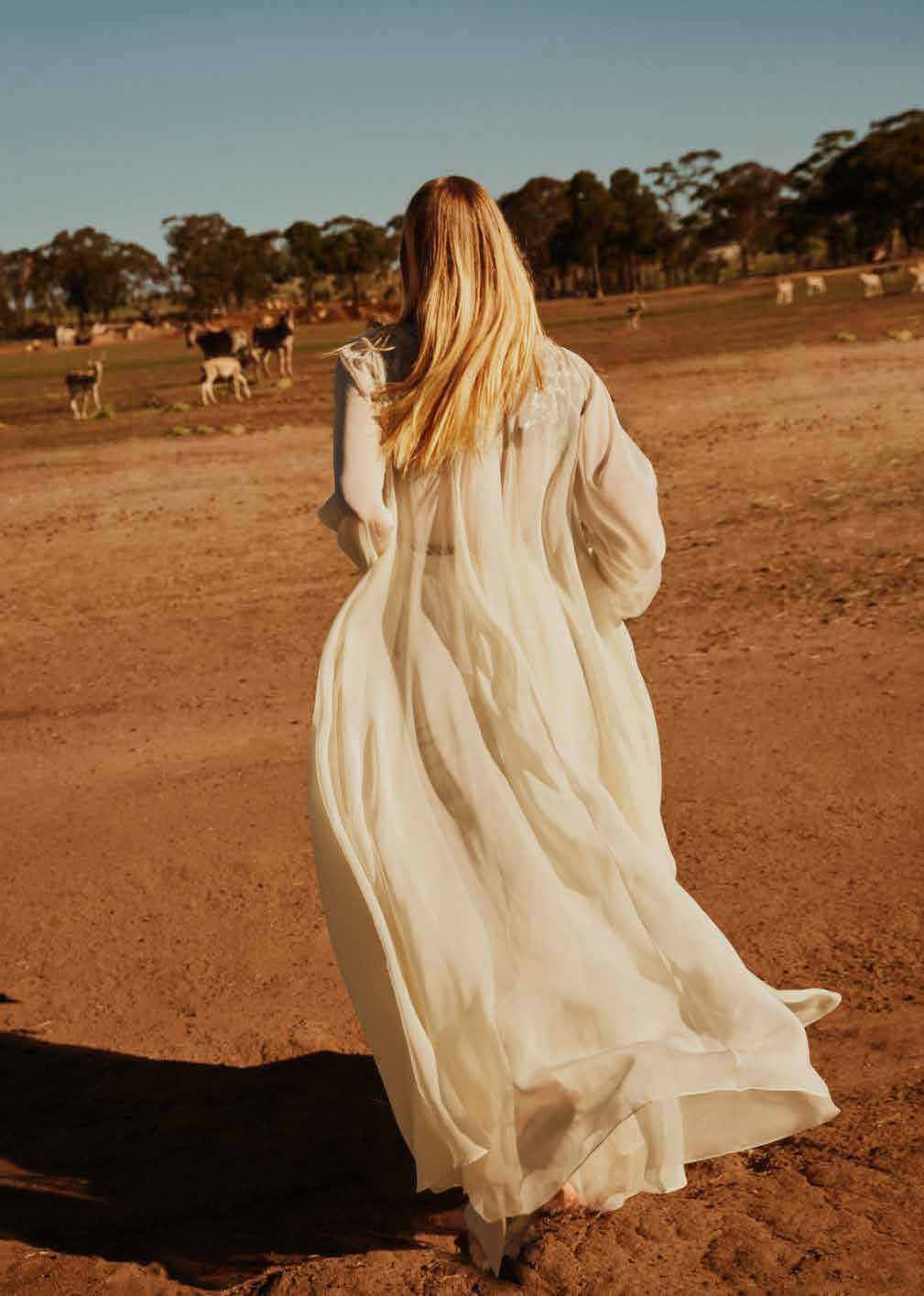