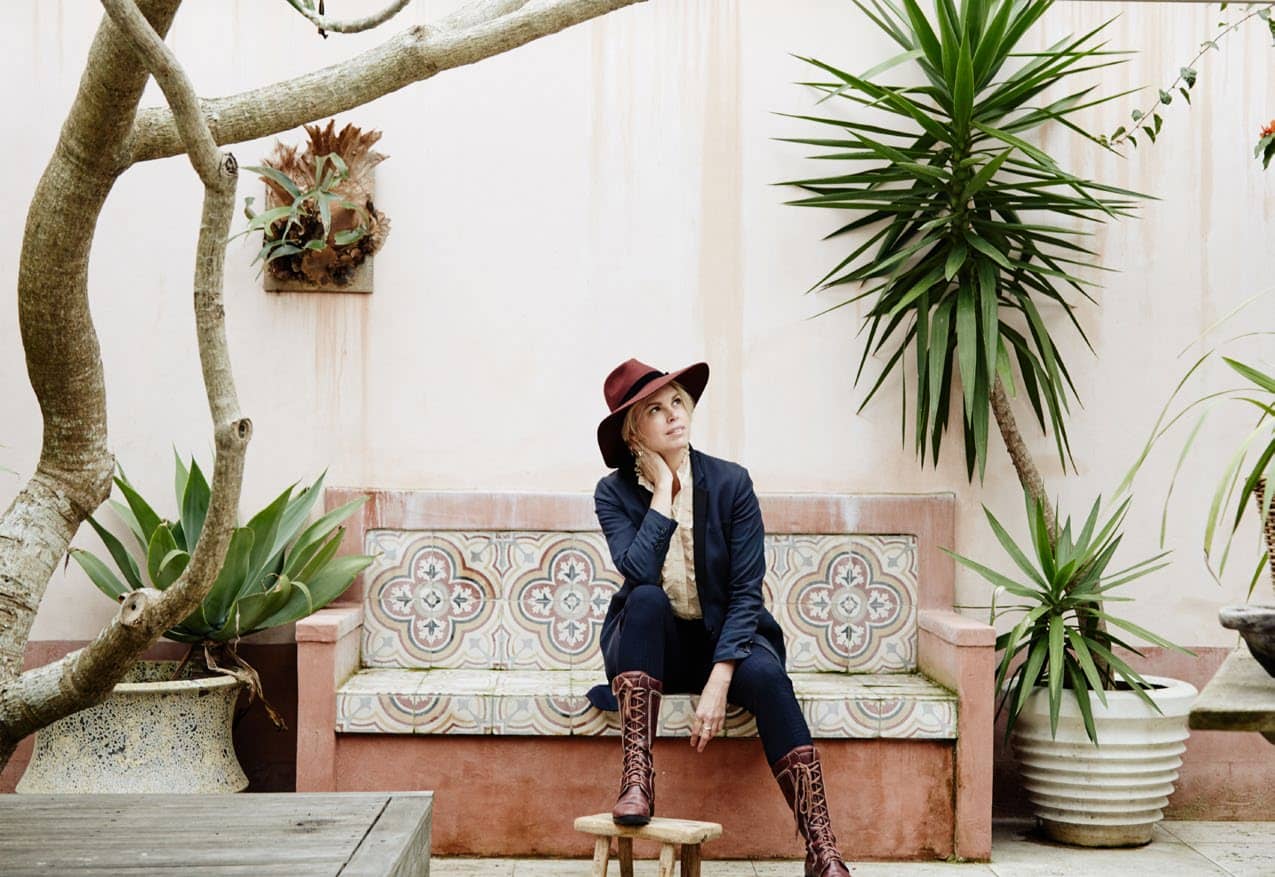 With a knack for elevating creative yet quotidian spaces and a love of bringing people together, the interior designer is crafting a sense of community among young artists.

While for most children, tagging along with their parents to the office might mean being relegated to a corner with some highlighters or photocopying their hands, for Ingrid Weir, joining her father, the iconic movie director Peter Weir, AM, at work meant filling in as an extra on set. “I was an Amish girl in Witness walking across a field,” recalls Ingrid, who would have been 12 when the Harrison Ford-fronted film was released.

The bright-eyed young Ingrid revelled in the “circus-like energy” of film sets. Her father was a pioneer of the local industry (his most notable work is perhaps the dreamy 1975 production of Picnic at Hanging Rock, along with 1981’s Gallipoli, among several other iconic Australian movies), and he went on to direct a number of international films including Dead Poets Society and The Truman Show, receiving several Golden Globe and Oscar nominations in the process. It meant Ingrid got to dabble in set design early on: as a teenager, she helped design one of the student plays depicted in Dead Poets Society. It was very much a family affair: her mother, Wendy Stites, though now retired, is a celebrated costume and production designer, having worked alongside her husband on Picnic, Witness, Dead Poets and The Truman Show. Stites won a BAFTA and was nominated for an Oscar for her costume design on Master and Commander: The Far Side of the World, which Peter also directed. Recalls Ingrid: “I grew up with that: looking at fabrics, telling stories, going into a sort of magical, fun world.”