Why Margaret Qualley Traded Ballet For Following Her Mum Into Hollywood 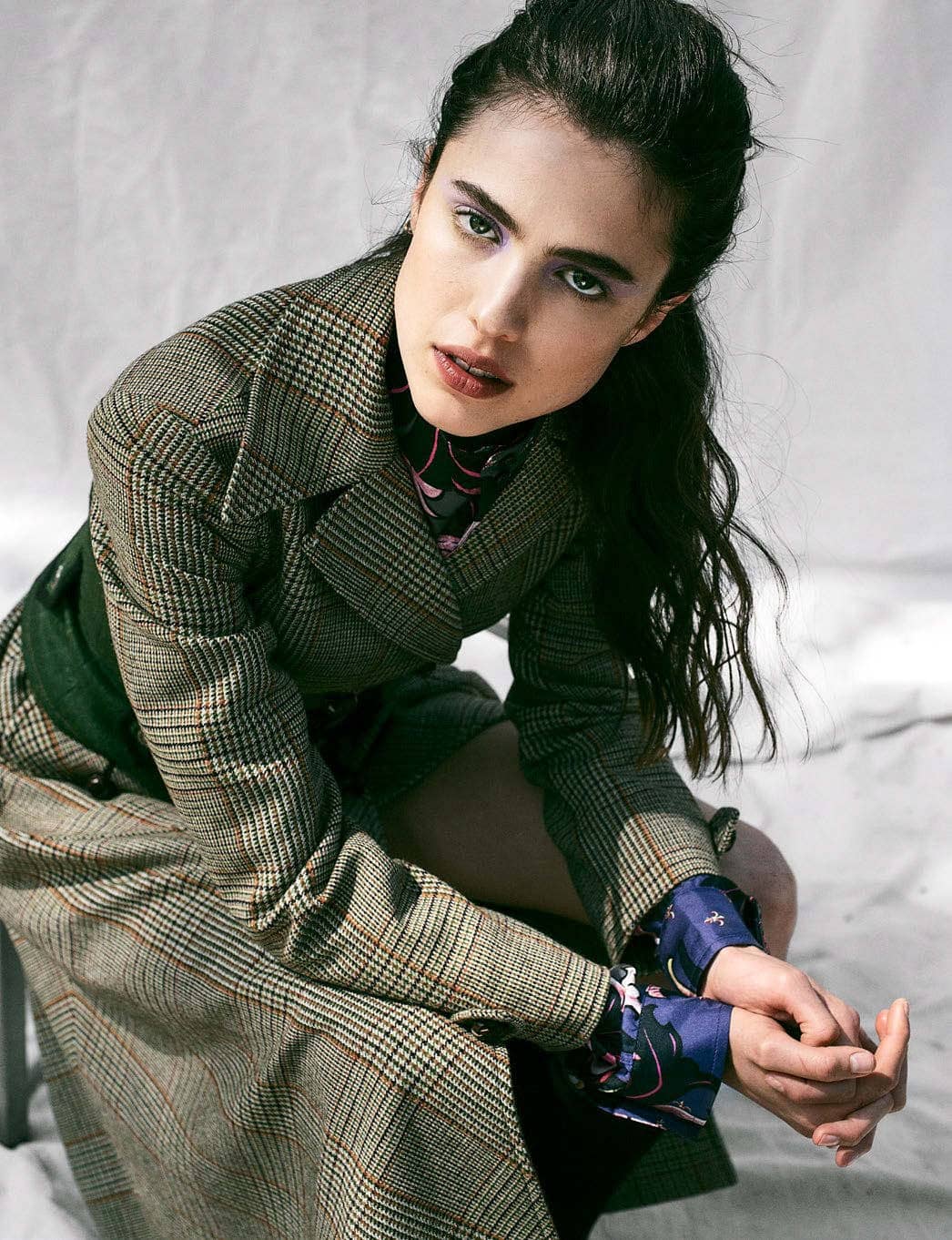 As Margaret Qualley gets set to enter the stratosphere via her role in the new Quentin Tarantino film, Elle McClure gets the skinny on the locked-down all-star set, and why she traded ballet for following her mum into Hollywood

In a world of elusive multihyphenates, it’s impressive that Margaret Qualley had not one but two quite solid career paths she could have taken. While she’s about to join some of Hollywood’s biggest names onscreen in this month’s Quentin Tarantino-directed blockbuster, Once Upon a Time in Hollywood, things almost turned out quite differently for the Montana-born 24-year-old. Having already dedicated a good portion of her youth to ballet dancing, leaving home at 14 to study at the University of North Carolina School of the Arts, Qualley had a come-to-Jesus moment as she was set to begin an apprenticeship with the prestigious North Carolina Dance Theatre.

“It hit me like, Is this actually going to be good for my head and heart? and I didn’t think it was, so I quit altogether,” she recalls. For someone all of 16, it was quite the self-discovery. “[Ballet] takes so much dedication … you’re always striving to be perfect and I was really consumed by that. I realised I was doing it for the wrong reasons.” Eschewing a dancing career, Qualley was hardly going to pursue a quotidian pursuit like teaching suburban schoolkids to hone their turnout. Her mother is actor Andie MacDowell, so, as Qualley points out, “a normal life was never really on the cards. It didn’t really feel like an option for me.” Qualley relocated to New York and was signed by modelling agency IMG. Then she took an improvisational acting class, and her destiny revealed itself.

Hers has been a quiet ascension since her breakout role in the Gia Coppola-directed Palo Alto, alongside Emma Roberts, which is based on an anthology by James Franco about a group of teens coming of age in the California city. A lead role came before too long, in monastery-set Novitiate as a young nun-in-training struggling with her sexuality, before Qualley’s television debut in survival drama series The Leftovers.