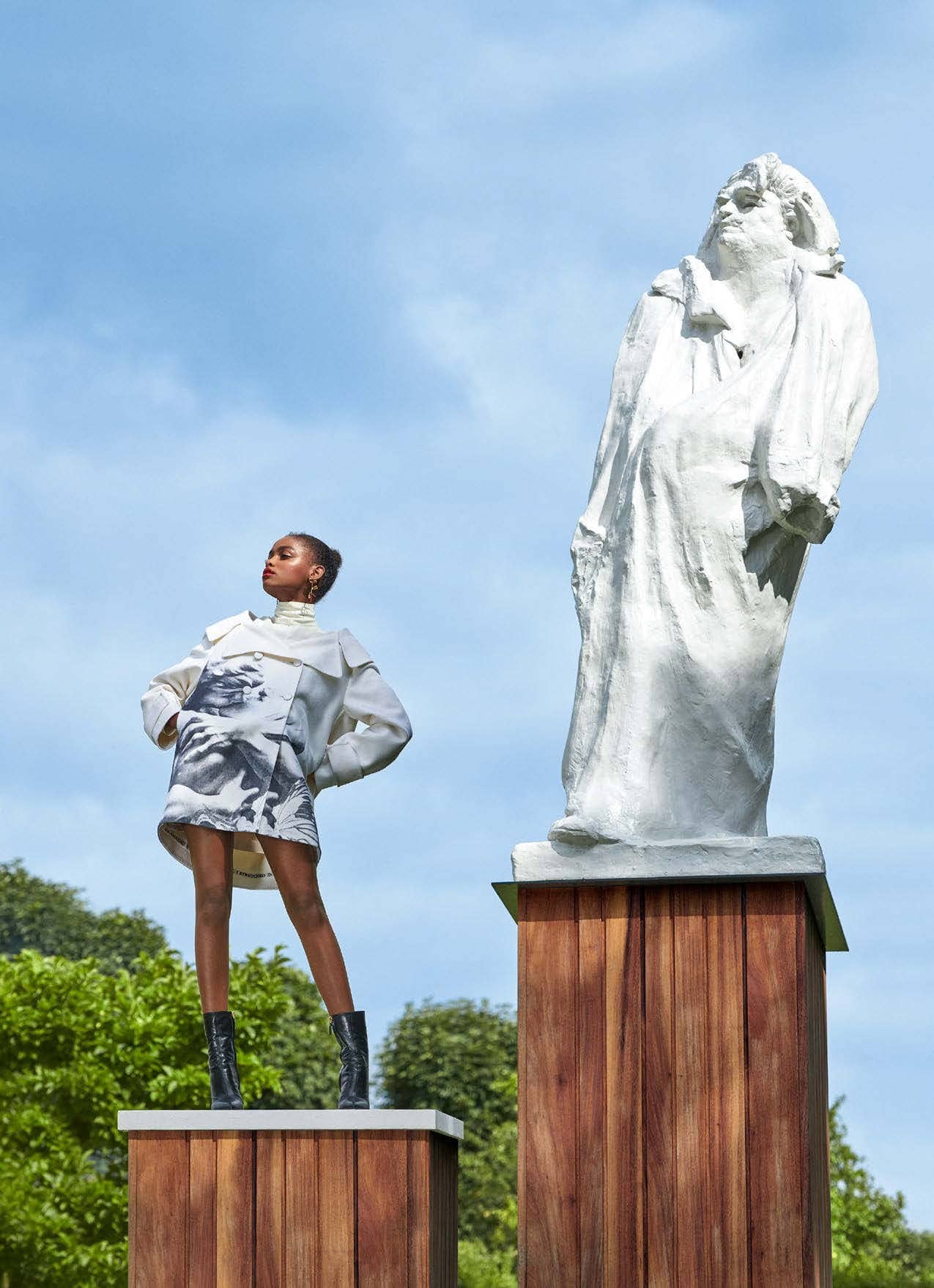 Alexander Fury
AGAINST an uncharacteristically grey June Parisian sky, veined with fine clouds like marble, Pierpaolo Piccioli, the 52-year-old creative director of Valentino, crouches contemplatively, brow furrowed, chin resting on fist. He’s mimicking that famous Auguste Rodin sculpture The Thinker. A bronze cast is poised over his right shoulder in the gardens of Rodin’s former home on the outskirts of the city. It’s the day after Piccioli’s S/S 2020 menswear show and less than two weeks until his A/W 2019 haute couture show. Piccioli has plenty to think about.

That said, the pose is somewhat paradoxical. Not to say that Piccioli isn’t a thinker; his work is embedded with intellect, often referencing works of art and literature. The latter reflects his studies at Sapienza University of Rome in the 1980s, before he switched to fashion design at Istituto Europeo di Design. Nevertheless, Piccioli works not from the head but from the heart. Or maybe the soul. “I follow my instinct now,” he says. “I think with this job you can change people’s perception.” Incidentally, Rodin initially called that crouched-up, contemplative bronze The Poet, which is definitely Piccioli. There is a poetic bent to his vision, one that involves chiffon and bows and cascades of taffeta and ostrich feathers in the brilliant, vivid colours of Romanesque frescoes. Even his ready-to-wear is poetic: his A/W 2019 collection literally so, inspired in part by the Movement for the Emancipation of Poetry, the Italian organisation that anonymously plasters the streets of Rome, where the Valentino studio is based, with its works. That was mirrored in the cut-andpaste motifs of amorously embracing neoclassical statues, flowers and snippets of text that decorated the clothes. The prints were a collaboration or, to borrow Piccioli’s turn of phrase, a “conversation” with Jun Takahashi of the cult Japanese label Undercover, which crossed over from his January menswear show and heightened the idea of the Valentino man and woman as star-cross’d (and well-dressed) lovers; the words were culled from spoken-word prodigy Mustafa the Poet’s performances. 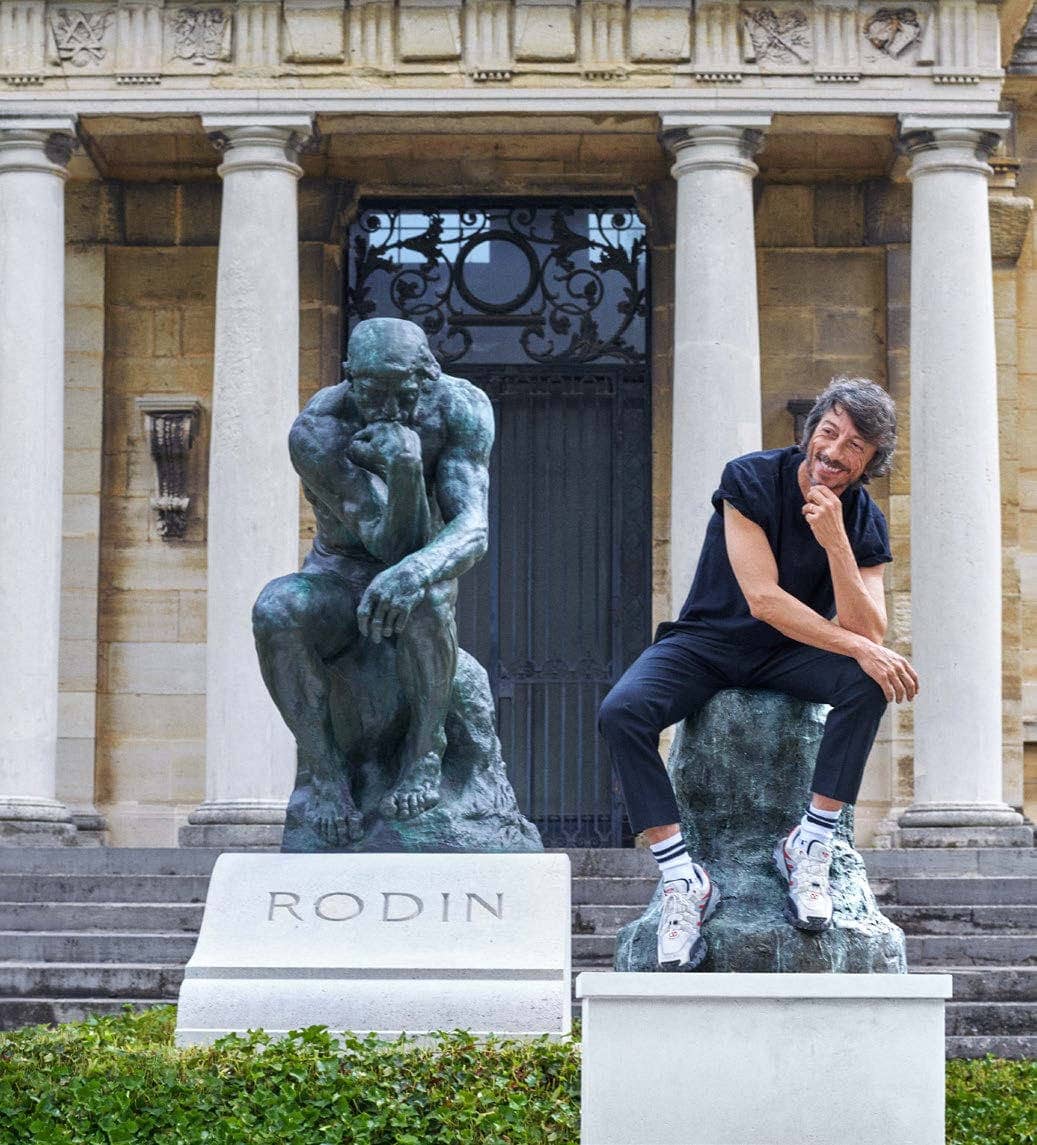