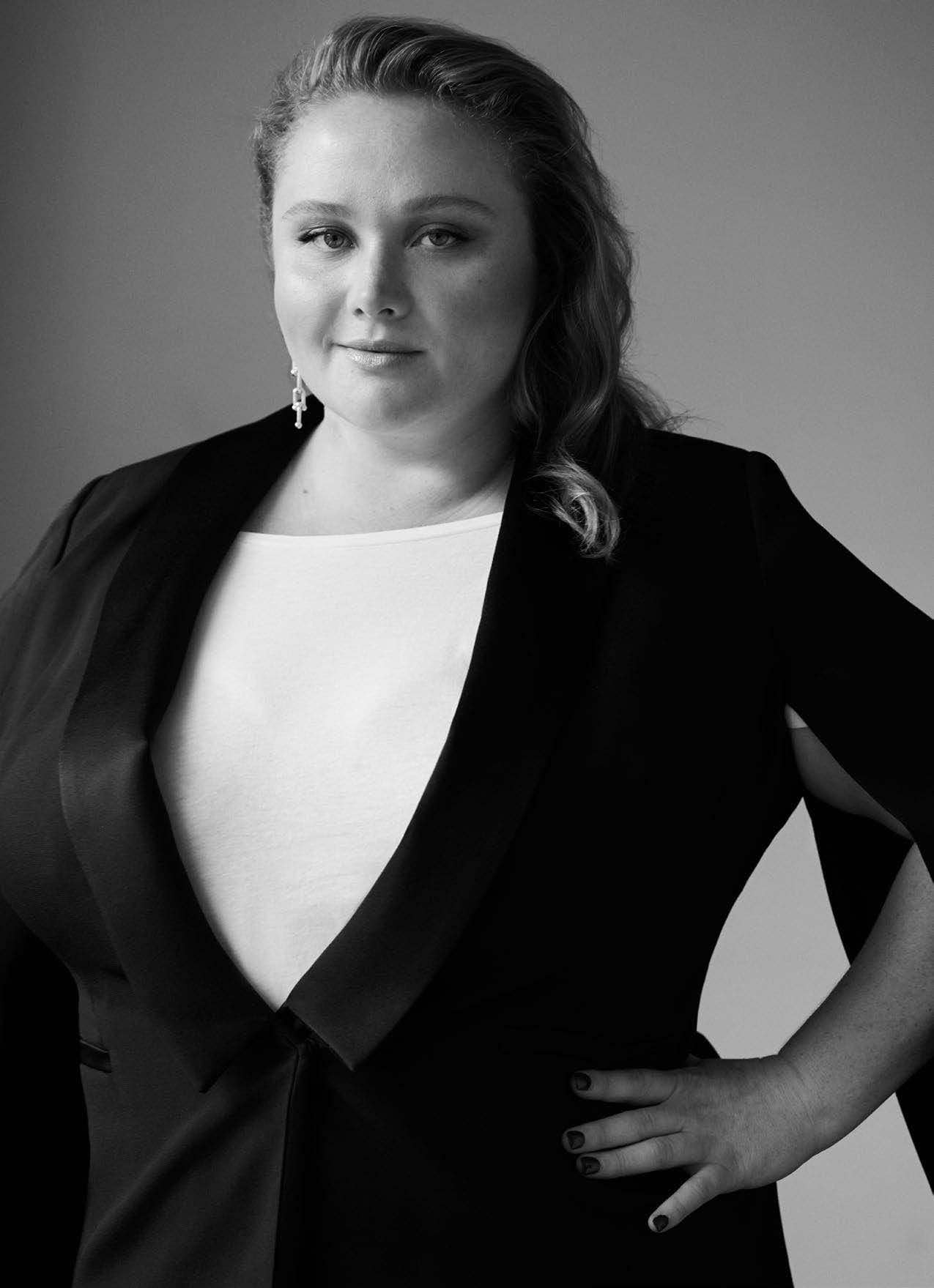 After star-making turns as a suburban battler and a new breed of beauty queen, Danielle Macdonald is taking on the homogeneity of Hollywood, one indelible performance at a time.

On a blustery winter’s day in downtown Sydney, Danielle Macdonald slips into the studio with no fanfare and no entourage, tugging on her oversized purple sweater and smiling shyly at the BAZAAR crew, who are setting up for her shoot. The 28-year-old Australian-born, LA-based actor is a breakthrough star, with lead roles in films including Patti Cake$, Dumplin’ and the Netflix thriller Bird Box. She has flown in to attend Sydney Film Festival to promote her latest film, the Academy Award-nominated drama Skin, in which she stars alongside Jamie Bell. Based on a true story, the dark and topical tale concerns white nationalism in America. Macdonald plays Julie, the wife of neo-Nazi Bryon Widner, both of whom eventually leave the violent, hate-filled cult despite the danger surrounding them.

“[Julie’s] story is interesting because her father was a Klu Klux Klan member, so she grew up in that community, but he got out,” Macdonald says. “She wasn’t ever really into it herself, but she was there physically. And she fell back on what she knew.” Given the current rise of white-power hate groups and the divisive racial politics of the Trump era, Macdonald initially had reservations about the role, but concluded that “it is unfortunately something that is happening in the world. This is a true story, which should be discussed without glorifying it,” she says. “It was hard, and Jamie and I talked about it before. We didn’t want to sympathise with [Bryon], we just wanted to understand his journey, how he got there and how he got out. The viewer will make a judgement at the end if these people can be forgiven or not. But I think if we allow people to change, then maybe a new generation won’t grow up with hate.”