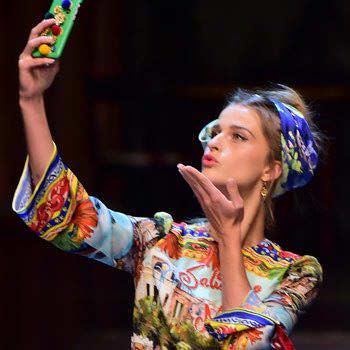 With our lives increasingly geared towards our grids and many of us now seemingly more interested in digital rather than IRL relationships, Grace O’Neill asks whether it’s time to quit Instagram

WE’VE ALL HAD THAT MOMENT. You’re at a concert, unable to glimpse the band through the sea of smartphone screens (does anyone actually go back and watch those videos?), or squeezing past selfie-taking punters at an art gallery or eye-rolling when your friend won’t let you eat until she’s gone to embarrassing lengths to snap the meal.

I had my own experience of Insta-cringe last month at a bottomless champagne brunch aboard a yacht circling Sydney harbour. Granted, it was picturesque — it was an event practically conceived for Instagram bragging rights — but from the moment we boarded to when we docked five hours later, it was a full blown feeding frenzy. I got hit in the head not once but three separate times by a bevy of designer handbags flung around carelessly by a gaggle of women scrambling to pose for pictures together. Gucci — whack. Prada — whack. Valentino — whack. People fell over themselves, knocked over others, stood on top of one another and shoved people aside in a constant barrage of selfie-taking. For five hours. I looked on with a mixture of bemusement, annoyance and genuine fascination, as it struck me that nobody seemed to be having any actual fun. Instead, they were carefully crafting images in which they appeared to be enjoying themselves. 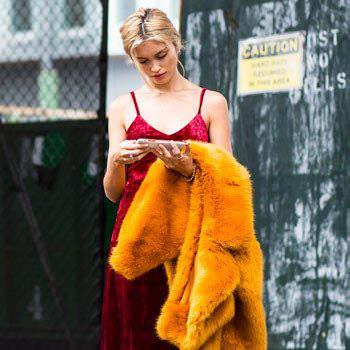 It’s days like those when it’s difficult to argue with the doomsayers who have long heralded our society’s fall into a bottomless pit of vacuous self-obsession. Instagram certainly seems to have helped, with an added inflated sense of self-importance. Sure, living in the moment is hard, but abandoning social graces in pursuit of a 1080 x 1080-pixel photograph of yourself is another thing altogether. Given all this, it’s little surprise that some are deciding to shun social media entirely, or at least take measures to curb its effects. It started with minor revolts — people opting to keep their engagement and pregnancy announcements off Instagram, say — but it appears to be growing. Full-blown Instagram detoxes, designated tech-free days, the deactivation of accounts or the activation of ‘finstas’ (second, ‘fake’ Instagram accounts created exclusively to share personal content with a limited circle of close friends) are all now commonplace.

Russian fashion and tech maven Miroslava Duma was one of the first high-profile fashion personalities to withdraw from Instagram, announcing to her followers back in July that she would be taking an indefinite break from social media (she returned in late September). “Social media that was initially designed to provide infinite opportunities for people to connect, learn, build and grow is now leaving most of us feeling more isolated than ever before,” she wrote. “The ugly truth is that it is destroying core foundations of how societies work, interact and function.”