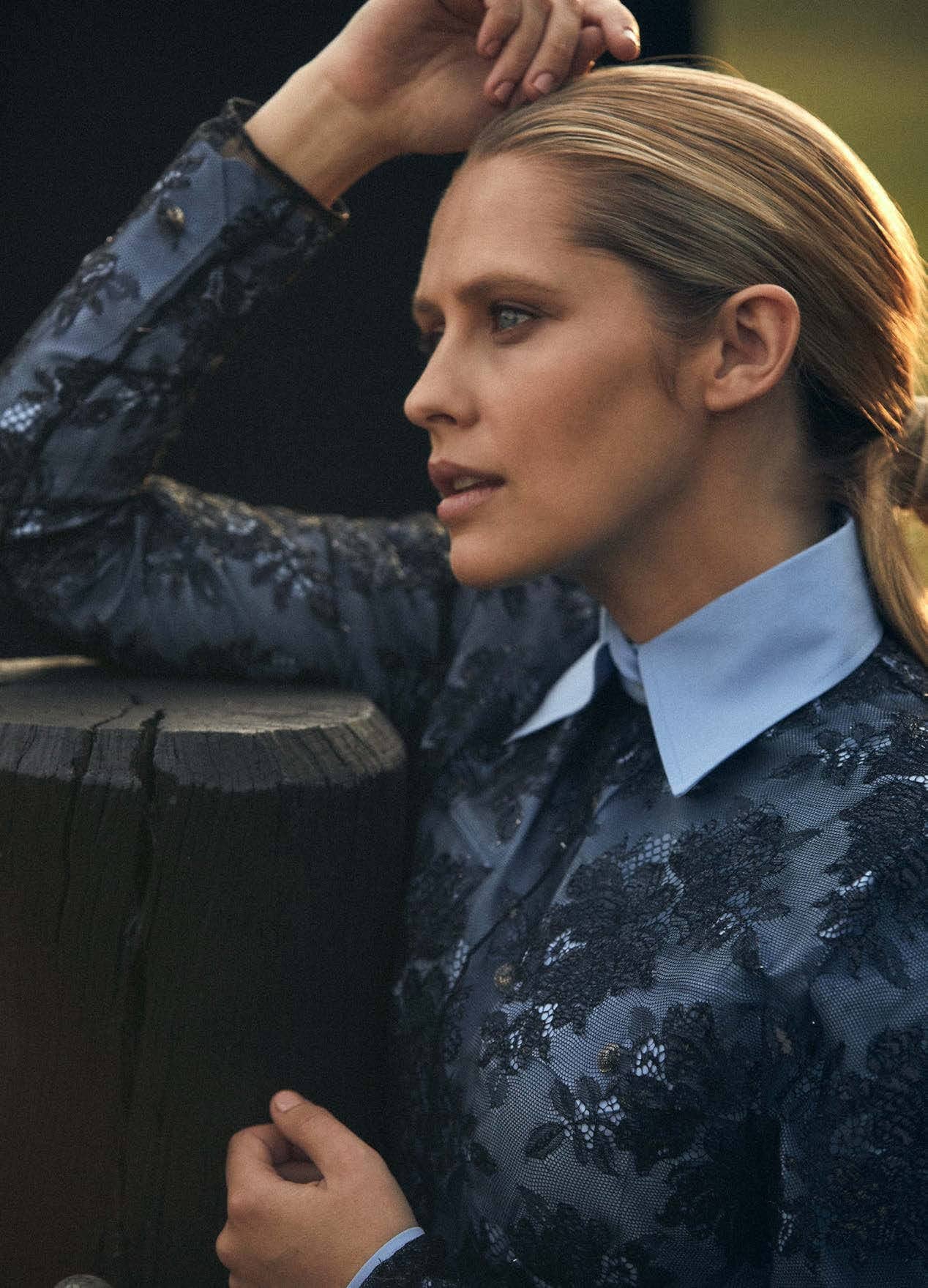 She almost quit acting for good, but she bounced back with characteristic fierceness, and now awakens her skills in the saddle to play her best role yet: champion jockey Michelle Payne. She talks to Eugenie Kelly about hanging tough, #MeToo and doing the motherhood-and-movies thing on her terms.

THE SUN is fighting through charcoal clouds on a winter’s morning near Camden, on Sydney’s outskirts, and the rolling green pastures surrounding the 19th-century property Camelot are sopping with a heavy dew. Every oil, fan and gas heater the BAZAAR crew can get its hands on has been employed in a bid to warm the three-storey stately pile and its 55 cavernous rooms, but we’re wasting our time trying. Teresa Palmer pulls her breastfeeding shawl tighter around her five-week-old daughter, Poet Lake, far too cold to feign interest in today’s fairytale surrounds. Romantic turrets, grand staircases and stables complete with chandeliers fail to impress when one is borderline hypothermic.

“She’s so easy,” Palmer says with a shiver, stroking Poet’s tiny head. “An absolute dreamboat.” Palmer’s other children, sons Bodhi, five, Forest, two, and 11-year-old stepson Isaac, are back in Adelaide with her actor and producer husband, Mark Webber, so this fleeting trip to Sydney to shoot a cover story a little over a month after giving birth could be classified as time out. Although the 33-year-old is on an informal maternity leave of sorts, she’s keen to promote her 27th film, Ride Like a Girl, a biopic about Michelle Payne, the first female jockey to win the Melbourne Cup, in 2015. Boasting all the hallmarks of an Aussie feelgood film, it’s the feature directorial debut of the Oscar-nominated actor Rachel Griffiths and also stars Sam Neill, Magda Szubanksi and Payne’s brother Stevie, who plays himself. 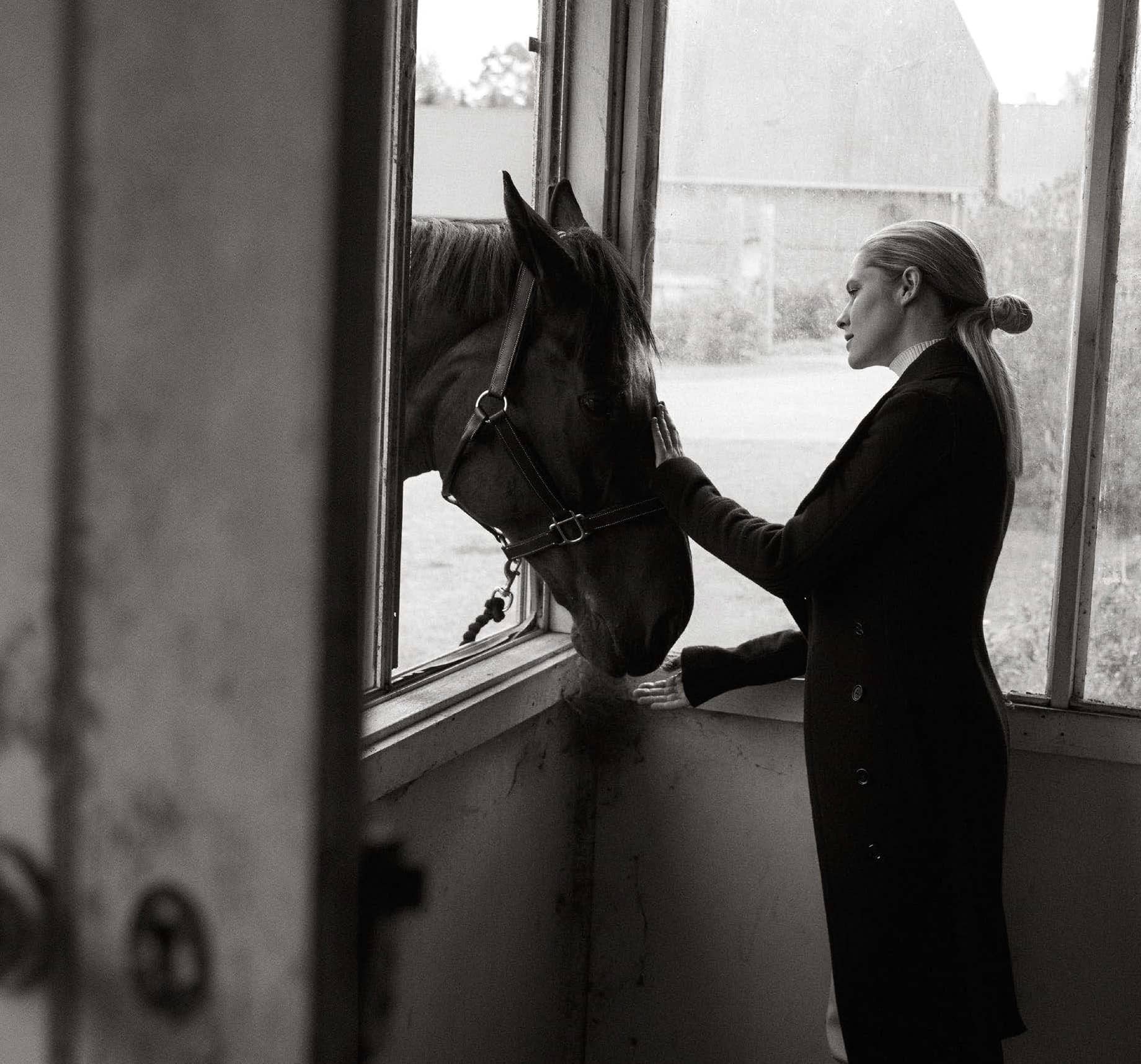 A serendipitous touch considering the movie’s subject matter: today’s location was built by politician and horse breeder James White, who, folklore has it, funded it with the winnings of his thoroughbred Chester, who won the Melbourne Cup in 1877. “That’s crazy,” Palmer agrees. “Thoroughbreds are such majestic animals. That said, I definitely had to conquer some fears for this movie. I’d ridden a bit for season one of A Discovery of Witches [a 2018 fantasy-drama series on Fox8, set to return for season two in 2020] but hadn’t really been on a horse since I was 12. I worked with [horse wrangler and Victoria Racing Club clerk of the course] Peter Patterson, who was the most brilliant teacher. I couldn’t have done it without him.” The pair trained Monday to Friday and Palmer was definitely pushed to her limits, sometimes instructed to ride bareback with her arms out — a nerve-racking technique that requires superhuman strength and balance, but which paid dividends when her horse, Lord (a method actor, obviously), bolted between takes. “We were shooting the scene at Flemington and Peter was riding the safety horse, telling me to ‘hold the F on!’ I was in the jockey position, becoming so fatigued my legs were shaking, waiting for my moment he would slow down to a canter so I could jump off. All I remember is praying. A few days later I made myself get back on.” 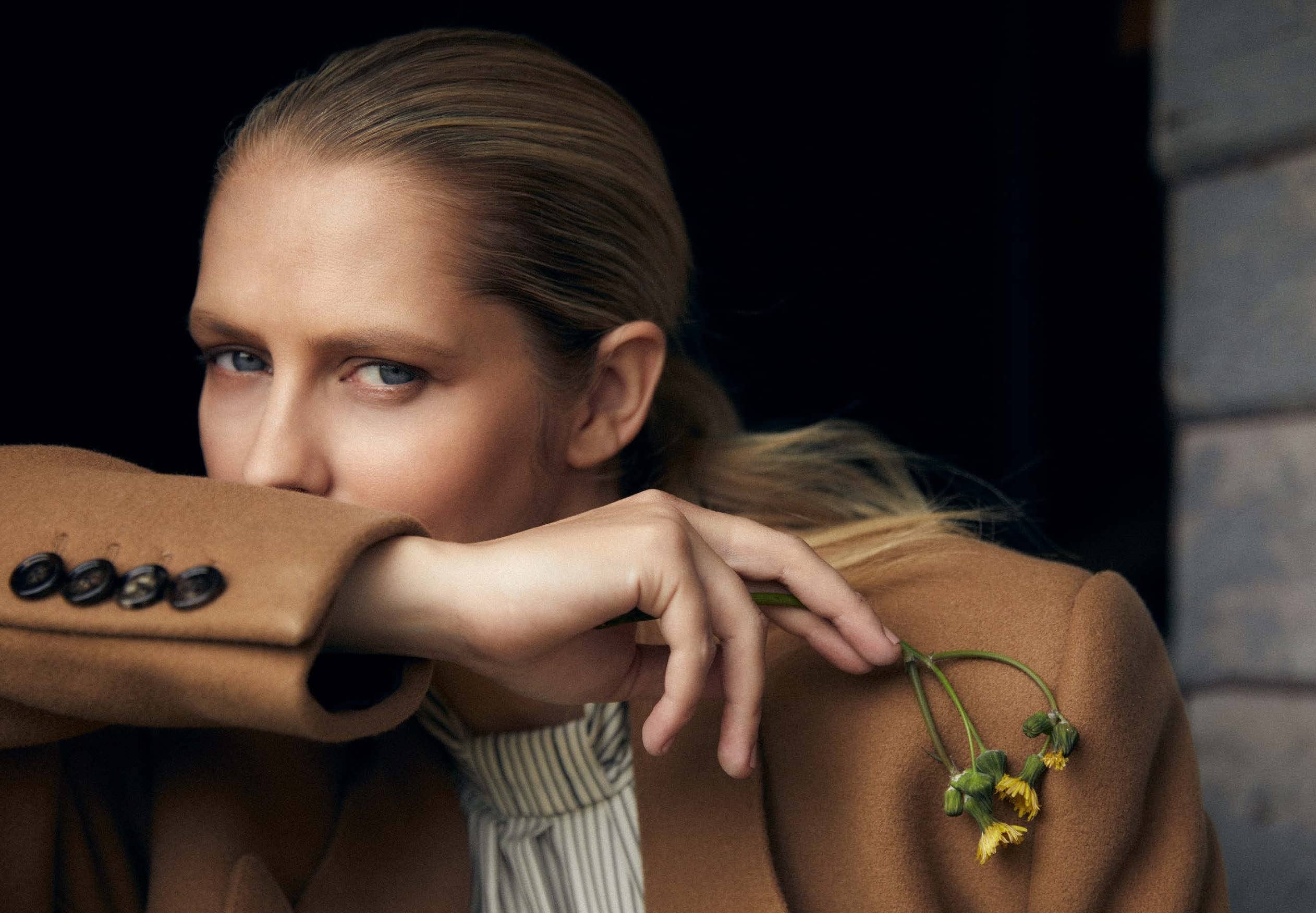