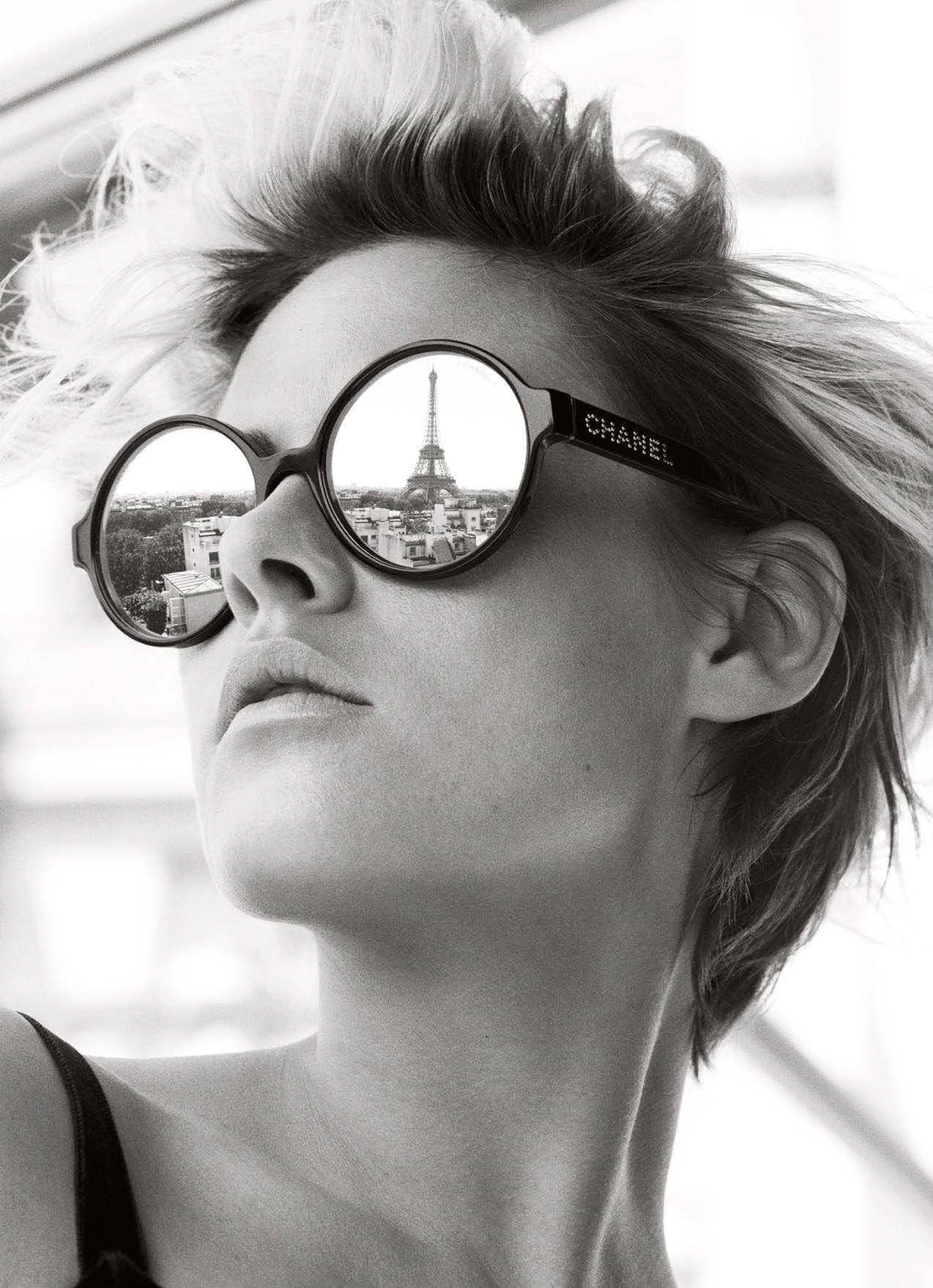 After being catapulted into global stardom as a teenager via The Twilight Saga, Kristen Stewart moved on to more challenging roles, winning acclaim for her performances in thought-provoking independent films. Now, as she returns to the mainstream with Charlie’s Angels, she opens up about her fluid sexuality, directorial debut and finding the freedom to be herself.

In a vast downstairs ballroom in the Shangri-La Hotel in Paris, I can hear Kristen Stewart before I see her, changing behind a patterned screen in a far corner. Her voice is distinctive — that easy, low-rolling California accent, where all the words run together, and she sounds like nothing could surprise her. 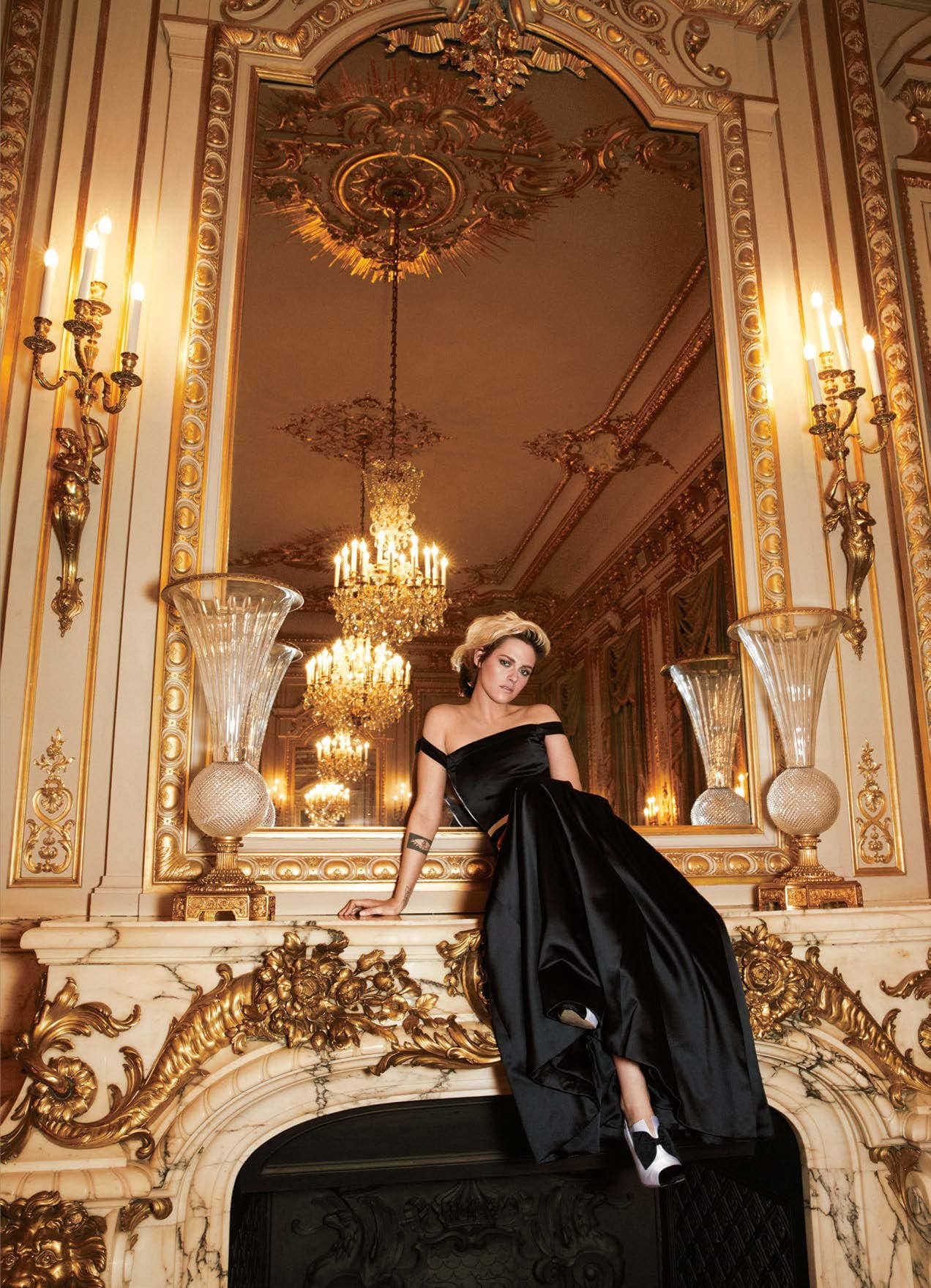 When she finally emerges to go to have her picture taken on a balcony with the Eiffel Tower rising up behind her, she is in perfect contrast to her delicate, gilded surroundings. Her hair is a black-blonde swipe across her forehead and she’s wearing floor-length black velvet, a black bow at her throat, as befits her status as a Chanel ambassador. She walks past, a bold, swaggering walk, and smiles. “Yeah,” she says, seeing my face. “It’s intense. It’s a lot of look.” 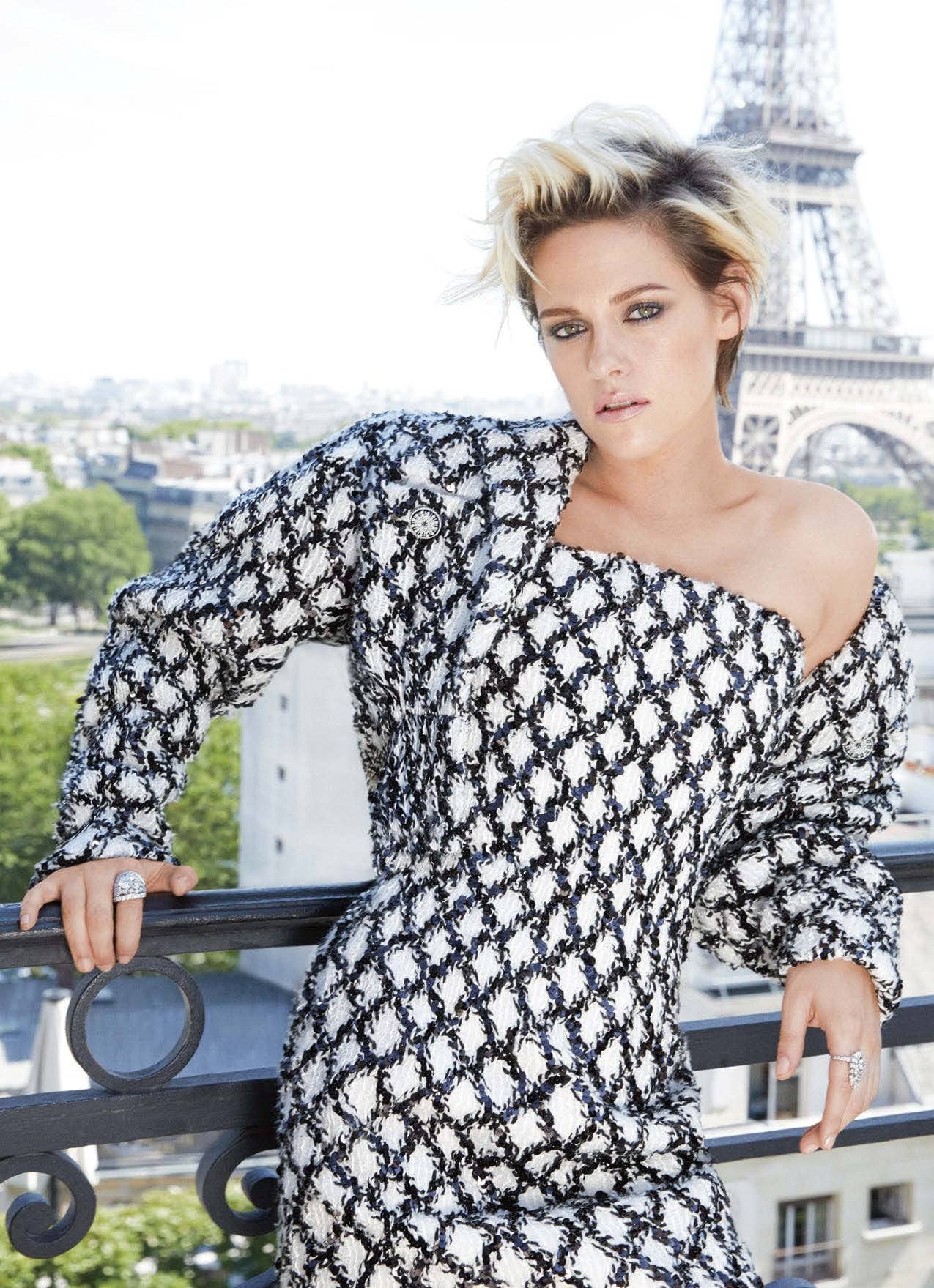 Soon enough, she’s back and changed. Ripped jeans, white T-shirt, bare feet: her more natural state. We talk on a warm terrace, cross-legged on sofas. I don’t know why I expected her to be reticent or shy, but probably because that is how she is always assumed to be, or how she comes across in photographs, when her expression sometimes seems deadpan, reluctant to give anything away. Or perhaps it’s just how we all remember her from the Twilight years as the permanently tortured, lovesick Bella Swan. “I try to avoid the word ‘awkward’,” Stewart says, remembering that time. “I want to reclaim that word, because it’s been used too violently against me.” 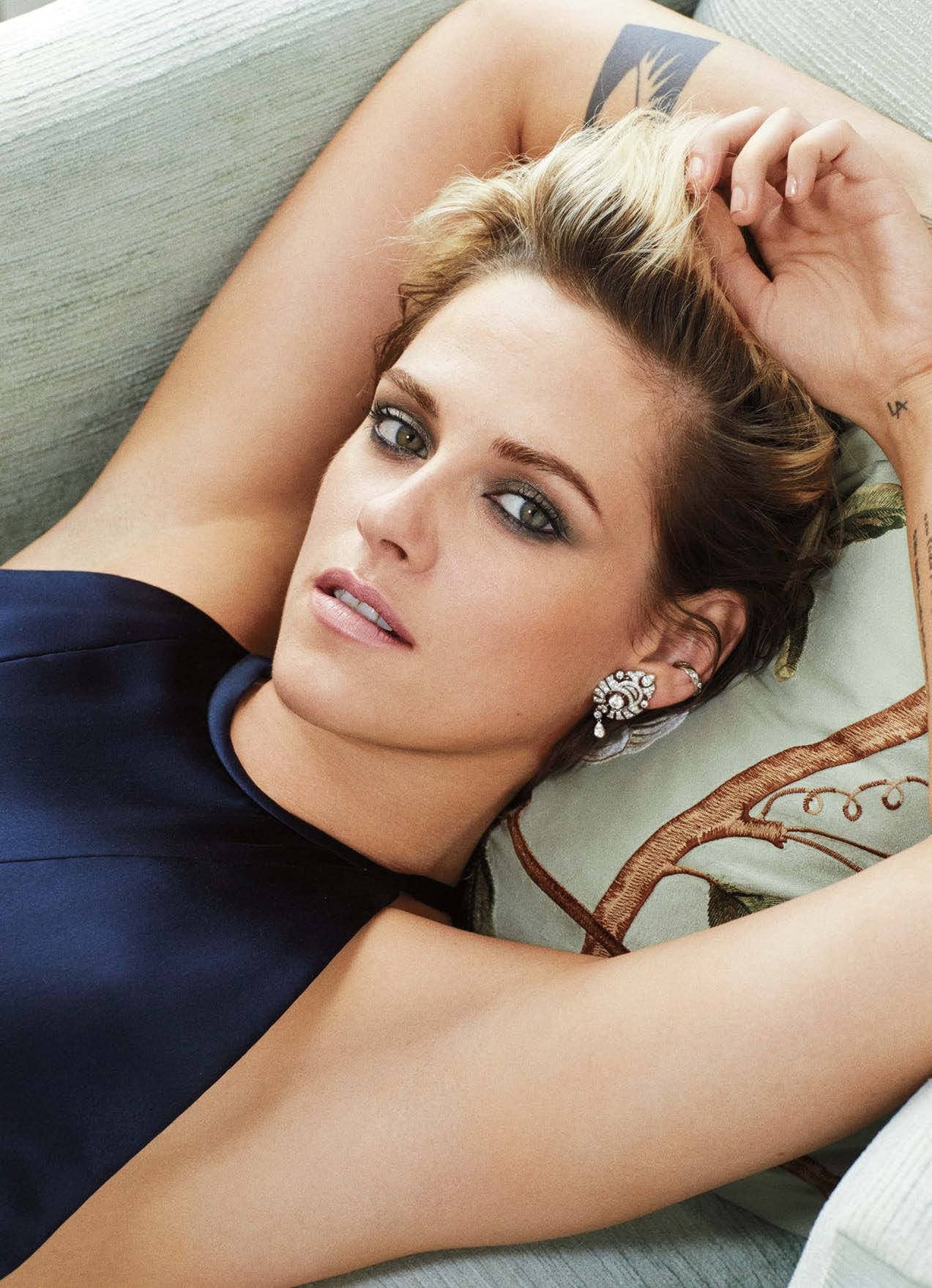 Today, Stewart is anything but awkward. She is relaxed, open, garrulous and expressive, arms gesticulating as she talks, her voice clear and confident. Take, for example, how she describes meeting Elizabeth Banks for the first time (Banks has directed Charlie’s Angels, which comes out this month, featuring Stewart as one of the leads). The pair happened to be at the same party at Venice Film Festival a few years ago. Stewart was dancing, but a little self-conscious. “I just didn’t feel as solid as I do now,” she says. Banks, by contrast, was having a ball. She came up to Stewart, told her she was a fan and asked if she was having a good time. “And then she said what would be the most annoying thing to hear from anyone else,” Stewart says, “which was, ‘You’ve got to have fun with it.’” She grins at the memory. “I was like, ‘No shit! I’m trying.’” 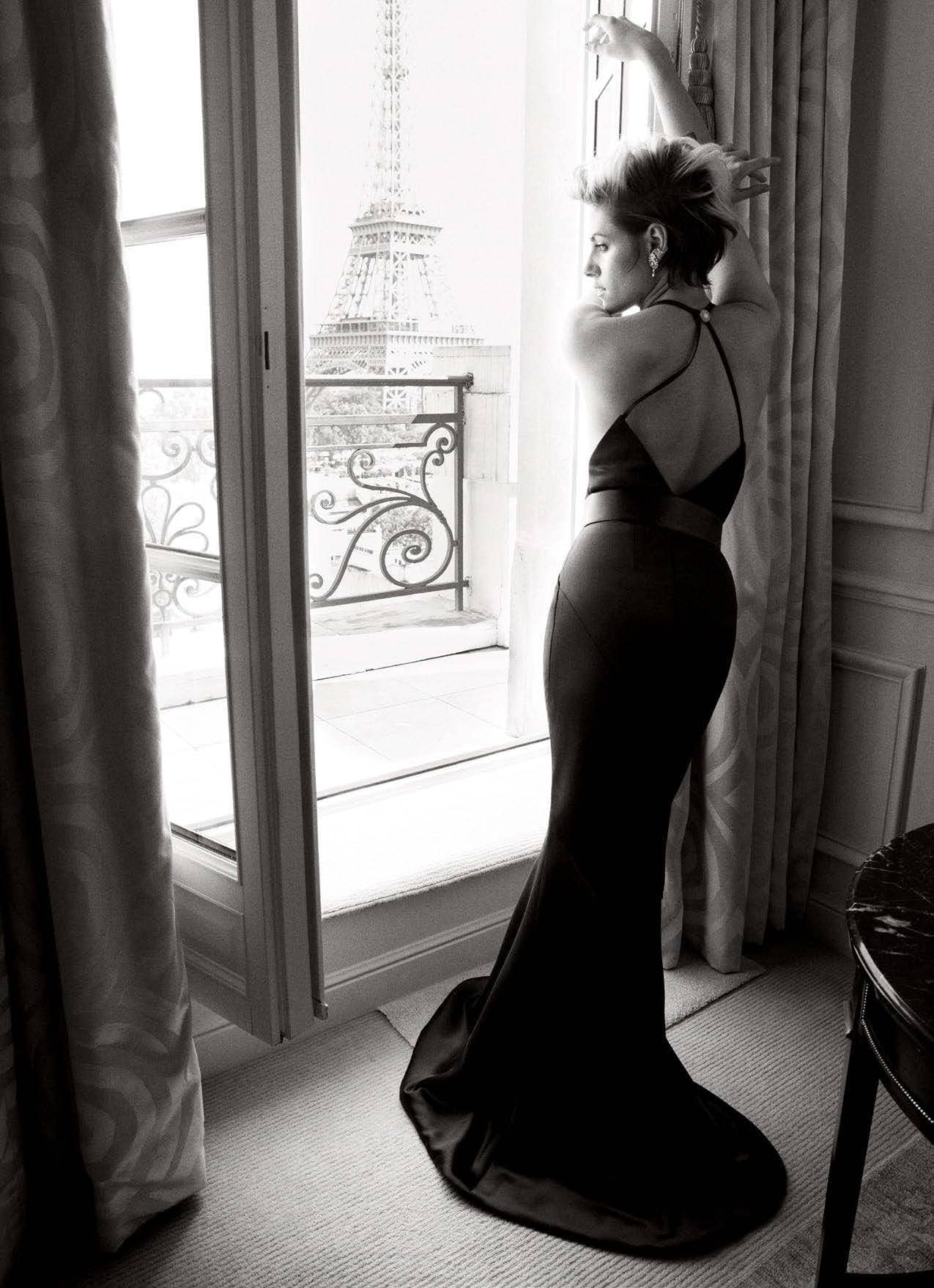 This is how Stewart talks — frank, candid, plenty of swearing. She seems both sure and totally unafraid of saying what she thinks. It’s as though something has fallen away: caution, certainly, but also a former antipathy towards the whole publicity game that has haunted her on a global scale ever since the extraordinary success of Twilight. “Every day I get older, life gets easier,” she says, smiling broadly.