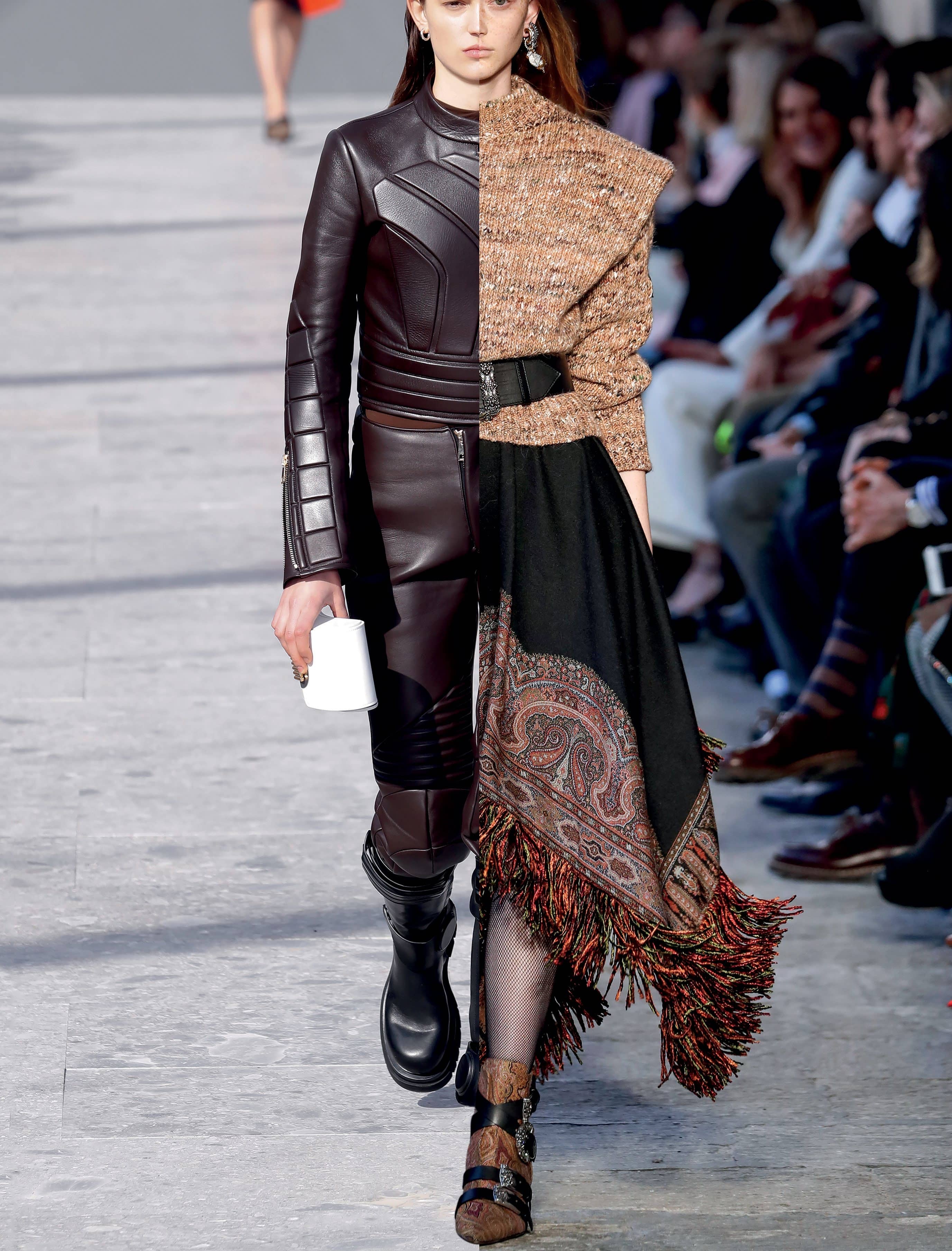 It was the best of times, it was the worst of times—or so the saying goes. Take a look around. In Hong Kong, a fight over an extradition bill has led to months-long protests that have escalated into violence. In America, demagoguery and a recession of morals. In Britain, a half-baked exit from the European Union built on decades-old chasms in class and wealth. In the Kashmir region, a nuclear sword of a Damocles situation between two nations vying for territory. In Korea… you get the idea.

Unrest is all around, so it was no wonder that on the runways, fashion designers responded to these events. After all, fashion has always been representative of the times—or what Diana Vreeland once called “the daily air” that “changes all the time, with all the events”. So the gist of the season was this: When faced with these tensions, do you fight or flee?

On a purely aesthetic level, that meant a binary outlook that leaned either towards the militaristic or bohemian. The former is obvious enough: a literal “fight” response, where the idea is to gear up, toughen up, and prepare for the worst. The latter is more escapist—a daydream away from conflict that lines up with fashion fantasy.

Leading the charge amidst all this turmoil is, without surprise, Miuccia Prada. The designer, who holds a PhD in political science, is not one to shy away from the hard questions of the day, tackling them in her own unique way. This season’s collection was titled “Anatomy of Romance”, which hinted at a deconstruction and assessment of romance. In the show notes, the brand cited an interest in the “interplay between different dichotomies” and of the “suggestion of two lovers meeting”—war and peace are, after all, two sides of the same coin.

The silhouette this season was tougher than ever, starting with a strapless dress cut from heavy tailoring fabric that had its drape formed by a hooked D-ring and worn with big black stomping boots with utility pouches strapped on. A coat in the same fabric followed—masculine in line, save for a waist cinched almost brusquely with the same D-ring detail. Then came the overtly militaristic: Fusions of wool greatcoats and puffy nylon bomber jacket sleeves; nylon jackets and overcoats with shearling collars. The shoulders of these looks had a brutal linebacker heft to them.

But, this being Prada, the looks were paired with dense guipure lace. In a stroke of styling genius by Olivier Rizzo, the lace was worn on top, covering the hard military styles with a layer of feminine grace. It gave the guipure a new strength— femininity adding potency to the masculine.