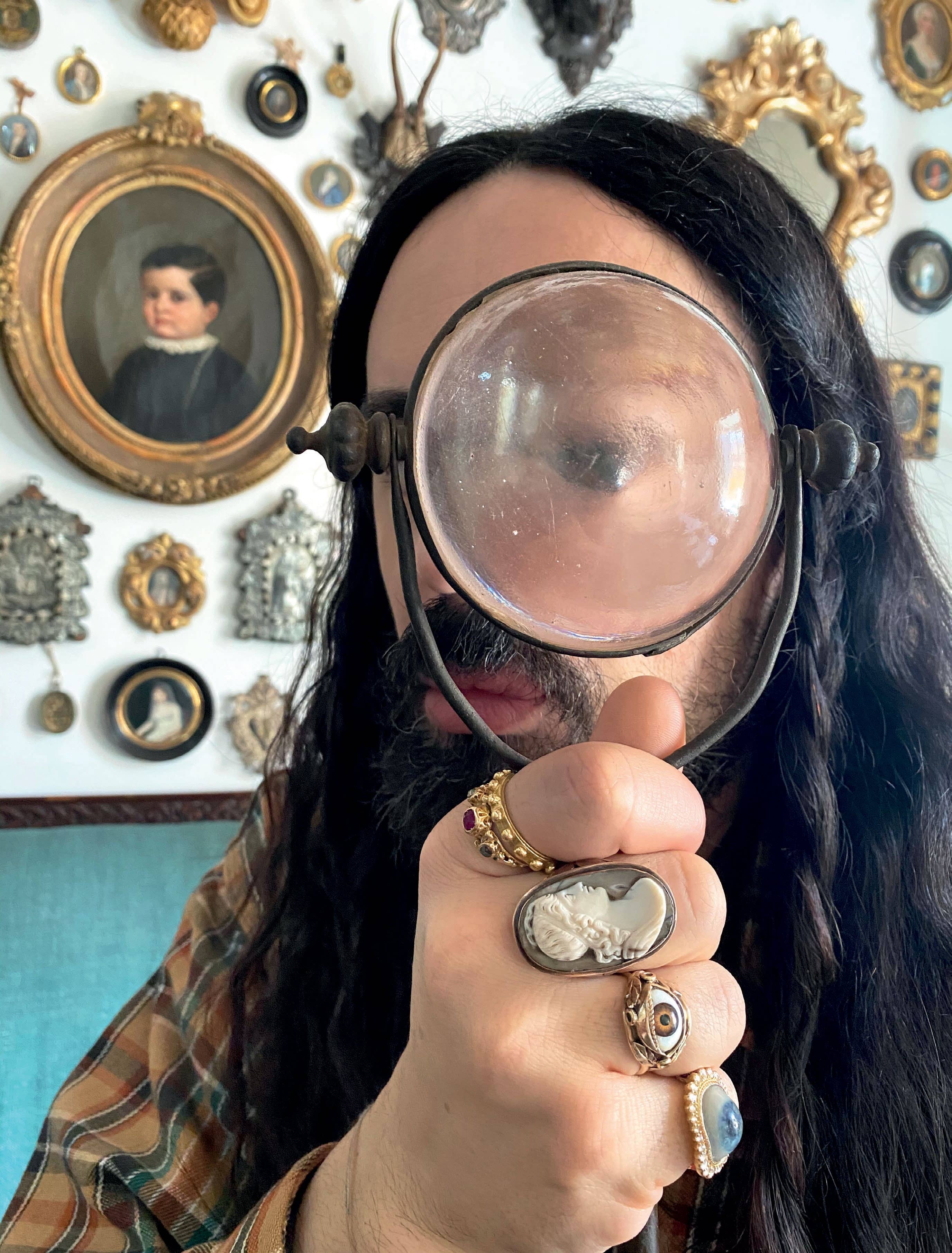 Three visionary designers discuss getting back to basics, finding inspiration in an age of uncertainty and looking ahead to the future

In one of the biggest industry announcements of the year, Alessandro Michele declared that Gucci would no longer be staging five mega shows a year—choosing to slow down to two seasonless chapters instead. July’s digital presentation, titled Epilogue, marked its final cruise production. Expanding on his fall/winter 2020 concept, he revealed the beautiful human process behind creation, debuting the collection via a live stream of its campaign shoot modelled on his studio team.

Tell us about the place in your home where you were photographed. Why is it important or significant to you?

That’s my living room, where I spend most of my time these days. It’s somehow the heart of my house; a dear and loving place overflowing with life. It wraps me up and [nourishes] me; it lets me travel in my mind. It’s like a kid’s playroom; in it, there are the things I collect that mean something to me, and there’s an overabundance of signs and presences that take me to faraway places. When we took this picture, I had just taken an 18th-century magnifying glass from the bathroom. I brought the lens close to my eye to see what would happen. What would happen in 2020 if I got closer and looked at the things around me through such an object? This picture is a good symbol of what I am: Always poised between the present, the necessity of being here, and the lure of seeing beyond it. My home is a shelter inhabited by divinatory objects that become the means through which I can shift somewhere else—objects that keep me company, that question me, that “talk” to one another. They aren’t essential for my material or physical existence, but they’re necessary for my brain. They “talk” to me at the most unexpected moments. The house is a very important place for me. It’s where I recover, produce, travel. It’s a place where I travel a lot, even if I stay still.

Ritual was a huge inspiration behind your fall 2020 show. I thought there was an incredible sense of ceremony to the performance, with the hair and makeup teams as well as the model dressers working their magic. Where did that idea come from?

The performance was the result of something I had been considering for quite a long time. The show and the representation of fashion are very important to me. [With the fall 2020 show], I wanted to give [audiences] a very good look at fashion, and I felt the persistent need to vivisect the powerful ritual of the show. I tried to interrogate the urgency it transmits that pushes us to take part, as we might in a religious act or an ancient ritual. I [wanted to show] the inside mechanisms as well as the vibrant emotions that are usually inaccessible from the outside. The community of disciples who, like me, chose to work in fashion, had to take centre stage, and I thought that was possible by reversing the perspective. It was a very powerful moment for me. The staging was something ancestral, a desire of self-investigation. The show was not about clothes going back and forth; it was a story, a powerful circular movement that created a mysterious narrative of gazes and things that we tell one another. I’m fascinated by rituals. Nature is ritual, where the same things happen cyclically. Ritual is something that walks with every human being. That’s why it fascinates me.

In retrospect, that show feels oddly prophetic: There were elements of handcraft, the handmade, and the idea of the collective experience of a fashion show, but also an incredibly up-to-date engagement with the digital age.