One of the most striking things about the spring/summer 2020 show was the incredibly diverse cast. Was that decision made very early on in the process?

It was. Even when we were casting last season’s show, we thought about it, but we did it too late, so we didn’t have all the right sizes. This year, we planned it from the very beginning. Kate Spade as a brand has always portrayed many types of women—different ages, sizes, walks of life—but this is the first time we did it in a fashion show setting. To me, when you do a casting like this, it brings the clothes closer to real life—a broader reflection of the women of the world. We wanted this true feeling of individuality, so we really looked at each woman and thought about who she is, where she’s going and why she’s wearing that outfit. We wanted you to feel that you were sitting on a park bench watching real women going about their lives. We even thought about the plants they carried. For example, there’s a woman out and about on a Saturday morning, buying a potted plant. One woman is on her way home from work and she has grabbed a bouquet from the bodega. Karen Elson is on her way to a dinner party and she has picked some flowers and put them in a jam jar as a gift for the hostess.

So the individuality of real women was the starting point of the collection?

It was one starting point. The other was the idea of a city safari. I was thinking of how you can find green spaces within the city—in New York, you have these amazing community gardens that are unexpected, and they give you a chance to free your mind, be in nature right in the middle of the city. That inspired not just the location and the plants, but also the prints and colours for the collection. And some of the details were safari inspired, mixed with some very feminine elements.

A lot of designers are rethinking how they show their collections. Why does the runway format feel right for you?

When I joined, the brand was doing presentations that were, frankly, very social-media friendly, but I didn’t like the presentation format because it’s a woman standing on a podium, holding a pose for two hours—it’s hard for her to smile and be joyful, and you don’t see the clothes moving. I really wanted that movement, so you can see the new silhouettes of the collection. But it’s something we’ll continue to evaluate. A show lasts 10 minutes, but if you look at the costs, not just economically but environmentally... it’s something you have to think about. With this show, we staged it in a garden; we didn’t create a big set, the models walked on existing paths, we used some of the benches that were already there, and the rental of the space went to the preservation of the garden. 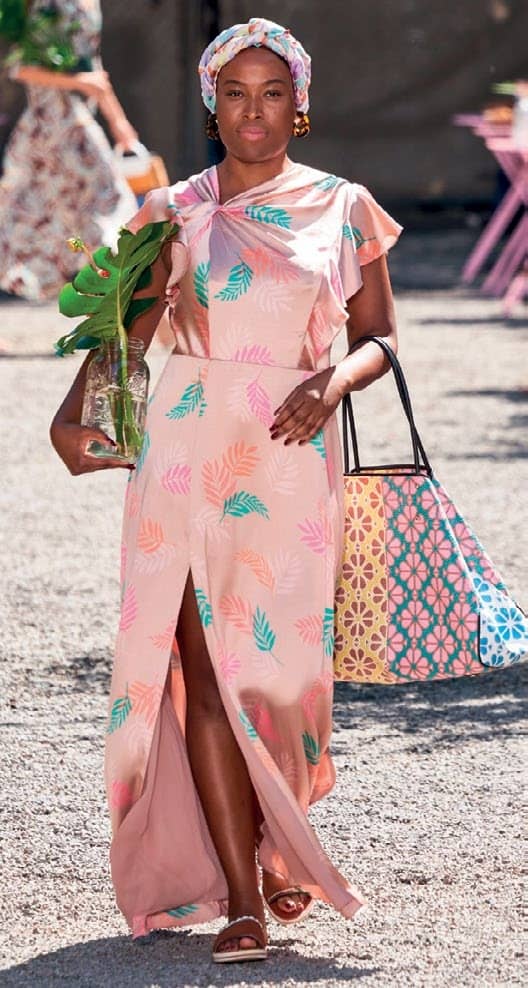 What other changes have you implemented at Kate Spade apart from the move to the runway?

I feel like nothing’s been left unturned. It wasn’t so much of me coming in and turning the brand upside down; it was more that I came in, saw the brand was strong and well-liked, but how do I take it into a new era? Part of that was building on existing elements—the use of colour, the use of print. I took iconic elements of the hardware and used them not just on the bags, but also on jewellery or as a print. Some elements, such as the spade, are now used in the new stores and in the packaging. The label on the clothing has been changed. So everything has been touched in some way.

Kate Spade was known for a certain kind of girlishness, levity and even novelty before you joined. You’ve brought a sense of polish. How do you balance your vision with what people know the brand for?