Her Words Are Her Bond 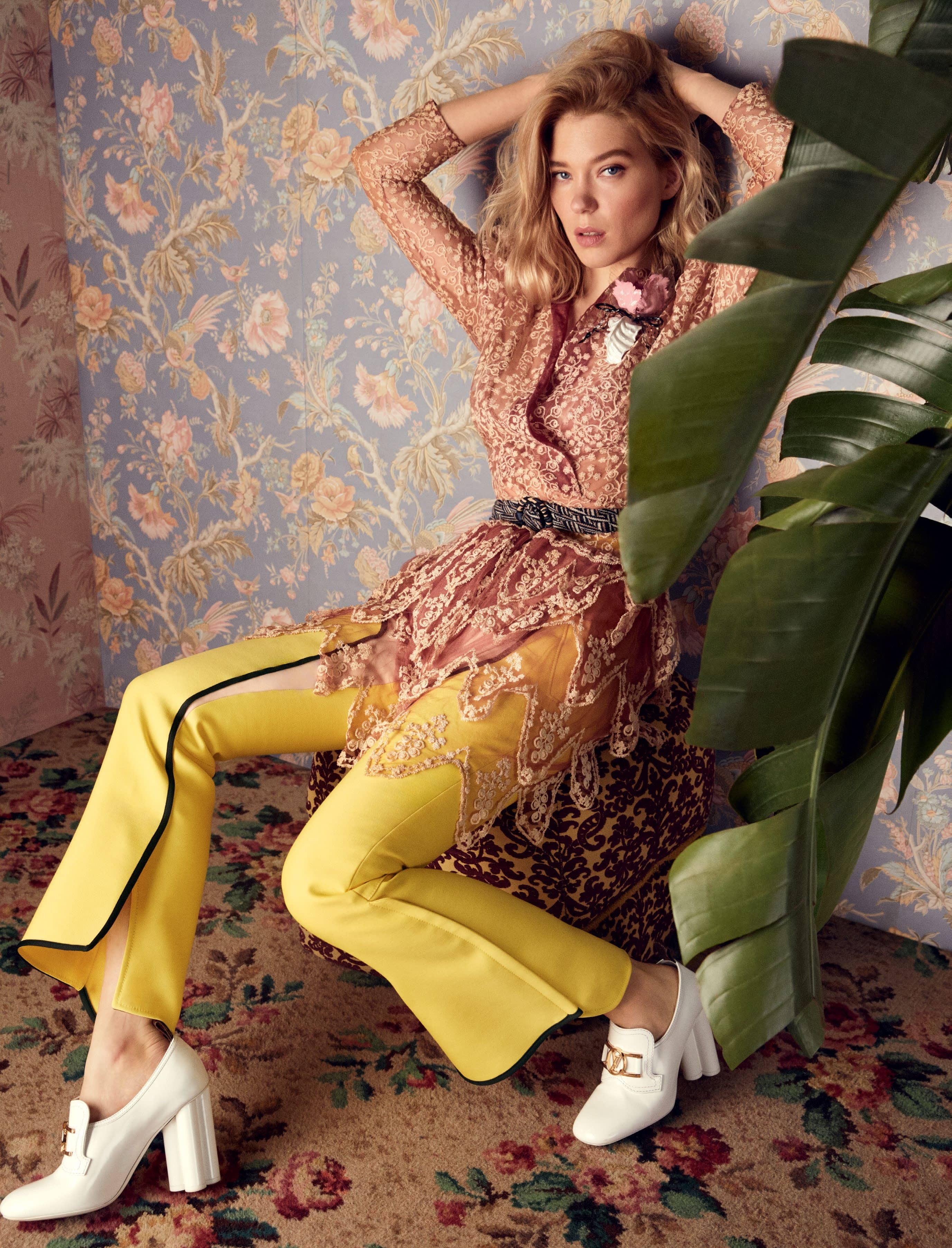 Ahead of reprising her role as an atypically complex female foil to 007 in the long-anticipated No Time to Die, Léa Seydoux speaks candidly about film, family and the Me Too movement.

In the window seat of a restaurant in SoHo, New York, Léa Seydoux is figuring out how to tame a gargantuan burger, which she needs to eat as fast as possible so that she can think. She is extremely hungry. She is also extremely tired. Seydoux has a three-year-old son who likes to climb into her bed at night (“I have no authority,”she concedes mildly) and a brutal schedule simultaneously promoting the forthcoming James Bond movie, No Time to Die, directed by Cary Joji Fukunaga, and shooting a French film by Bruno Dumont in Munich. But the world’s attention, inevitably, is on the former—a project that seems to have been beset by challenges, most recently having its release date pushed back to November in response to an open letter calling for public health to be prioritised above marketing schedules. 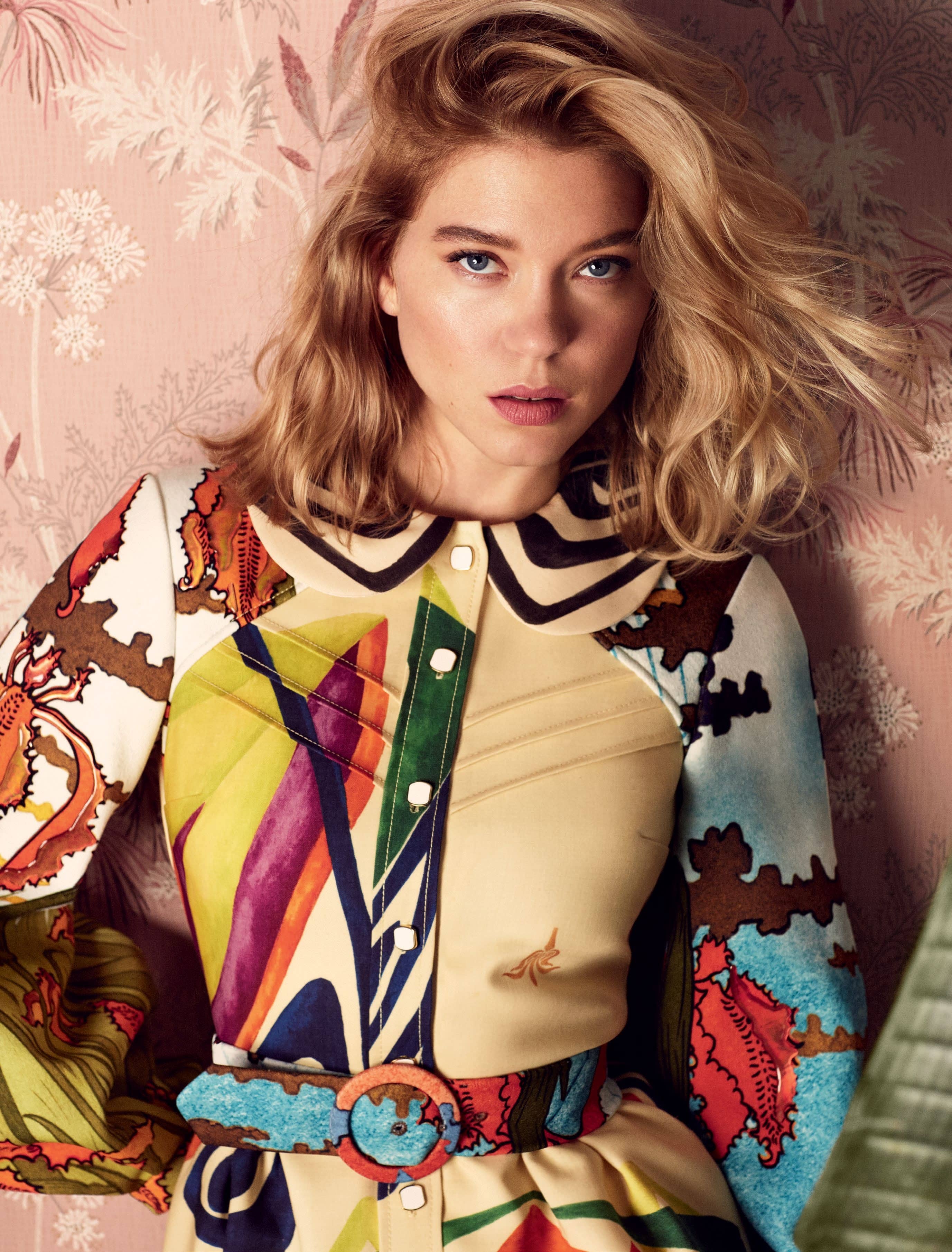 In the last instalment, Spectre, released in 2015 and directed by Sam Mendes, Seydoux played Madeleine Swann, a psychiatrist with whom Daniel Craig’s 007 wanders hand-in-hand into the night in the closing scene. It’s a classic shot: The pair a little dishevelled after a bruising action sequence, walking across Westminster Bridge against a sky turned blue by the flashing lights of assembled police cars. Craig’s portrayal might have a little more edge compared with those gone by, but he’s still inescapably Bond. After all, the spy is as much a brand as a character—a carousel of images that cohere into a vision of supreme manliness. Bond firing guns; Bond driving a fast car round a precipitous corner; Bond disappearing under white sheets with a hot blonde. Whoever’s been in the role, he has always been brave, strong, white, straight. So how do you make a Bond film now, when a number of those things seem a little out of keeping with the times? “Yeah,” says Seydoux with a half-smile. “We had to adapt.”

Despite the various controversies surrounding the release of No Time to Die, Seydoux has no regrets about reprising her role as Swann—only the second time a “Bond girl” has been given such a chance at survival (the first to appear in successive films was Eunice Gayson, as Sylvia Trench in Dr. No and From Russia with Love). Usually, the women are involved in a final-scene clinch and then never seen again, or, if revealed to be conspiring against Bond, deftly killed off. But Seydoux’s Swann is a different beast. “My character is not a stereotype,” she says proudly. “It’s not clichéd. She’s a real woman, and an interesting woman. That’s what we needed.” 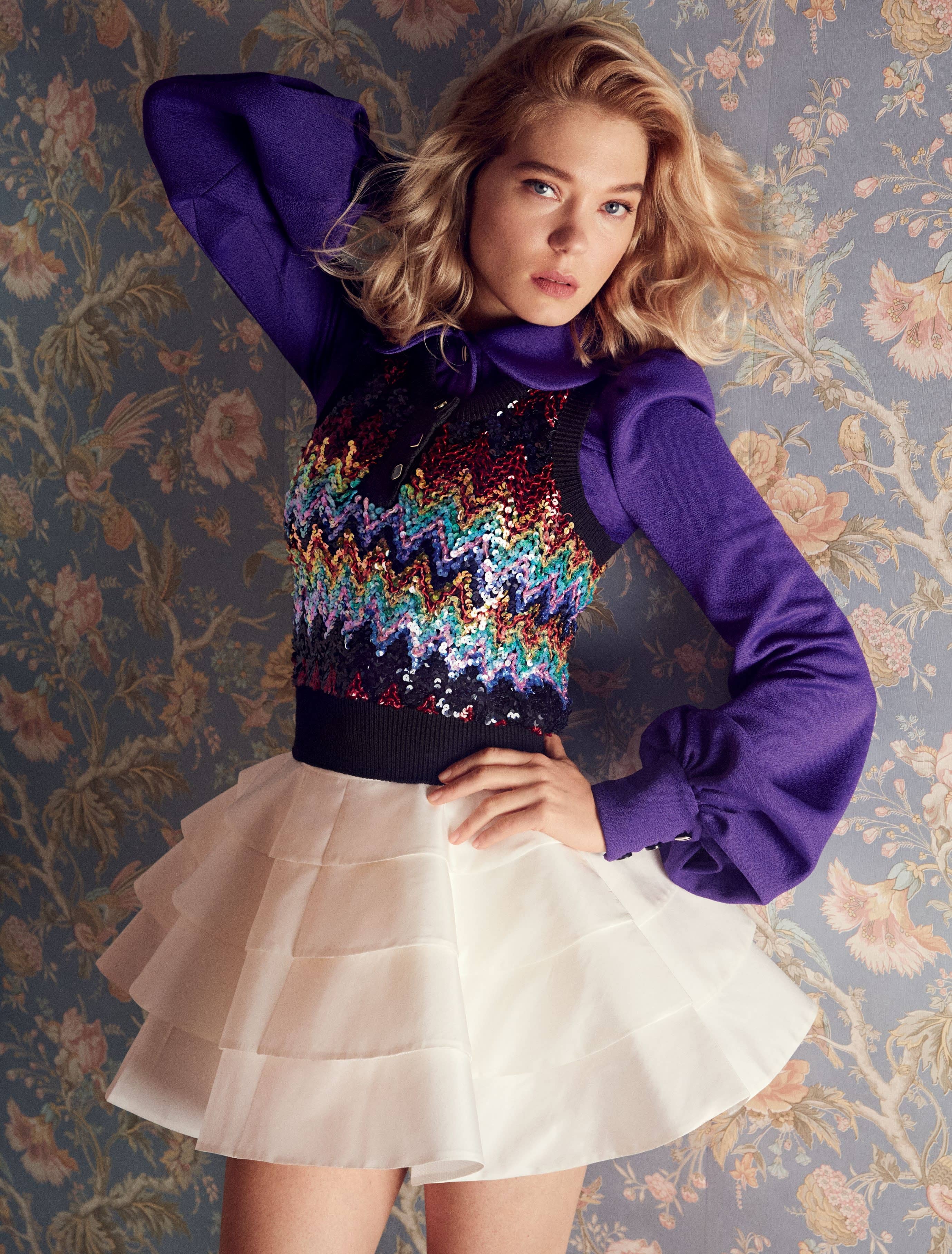