With a subdued palette of black and neutrals, Vallerie created a collection of high-impact pieces that can be transformed via snap buttons and zippers to birth new shapes and functions—a clever two-pronged strategy that allows individuality to shine through and gives bang for the buck for her customer. 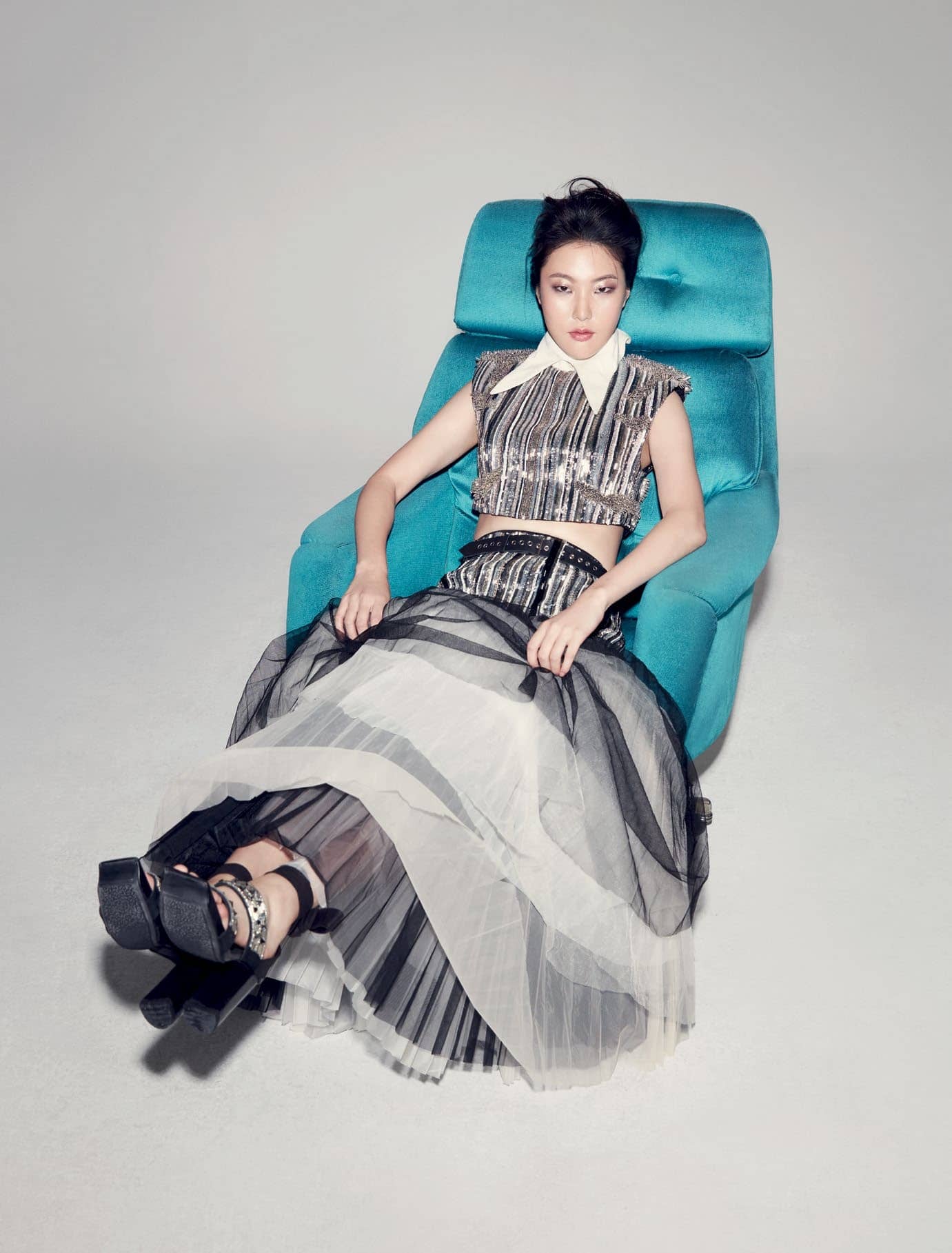 Son’s shimmering Swarovski crystals set against black are meant to evoke starry skies and glinting city lights in the night. The designer has a fascination with darkness, envisioning it as a kind of armour in which his women come alive. 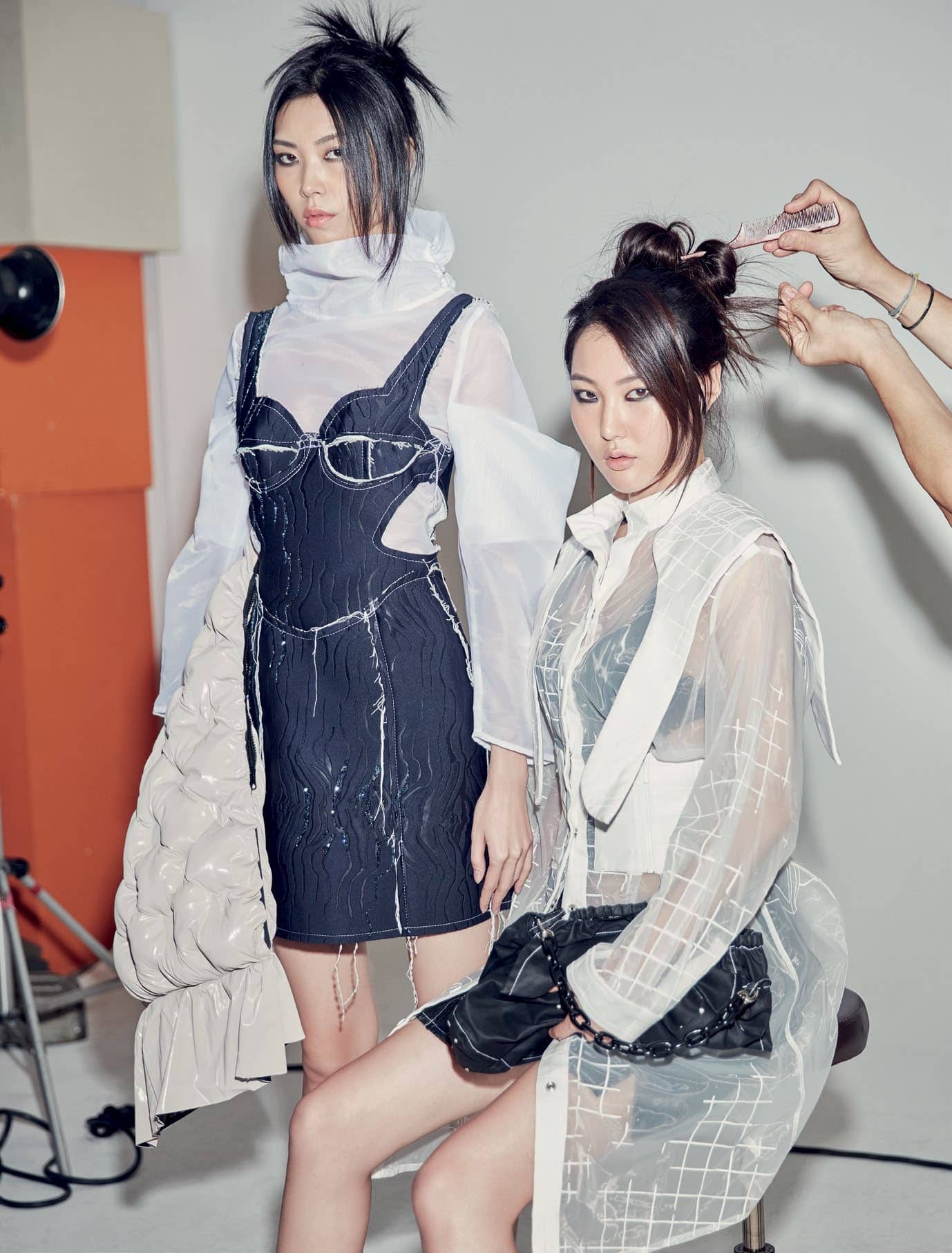 Kok’s vision of the future was composed of techie, synthetic fabrics, such as neoprene, latex and high-shine PVC, that she employed on sports-inflected pieces like mini dresses, biking shorts, bra tops and structured trench coats.

Saturation and overconsumption in the fashion industry means it is no longer enough for designers to produce desirable garments; there also needs to be a convincing reason for those garments to exist in the first place. What newness are they bringing to the table? What fresh point of view are they adding to the dialogue? From sustainability—not just in terms of material choices, but also in terms of their businesses in the long run—to conversations around craft, technology and supply chains, the designers at this year’s Harper’s BAZAAR Asia NewGen Fashion Award had much to say, with each bringing a distinctive perspective to the sixth edition of the regional competition.

The designs of the Singaporean finalists were rooted in functionality and realism, elevated by technical inventiveness. Rena Kok set her work apart by exploring augmented reality technology, working with an engineer to create digital prints that came alive on a screen. The rest of her collection was imbued with a similarly futuristic spirit, with techie fabrics and Space Age silhouettes taking centre stage. Kok further pushed the futurist agenda with details such as laser-cut perforations and oil-slick surfaces. For her forward-looking ideas, she scooped up the second runner-up place.