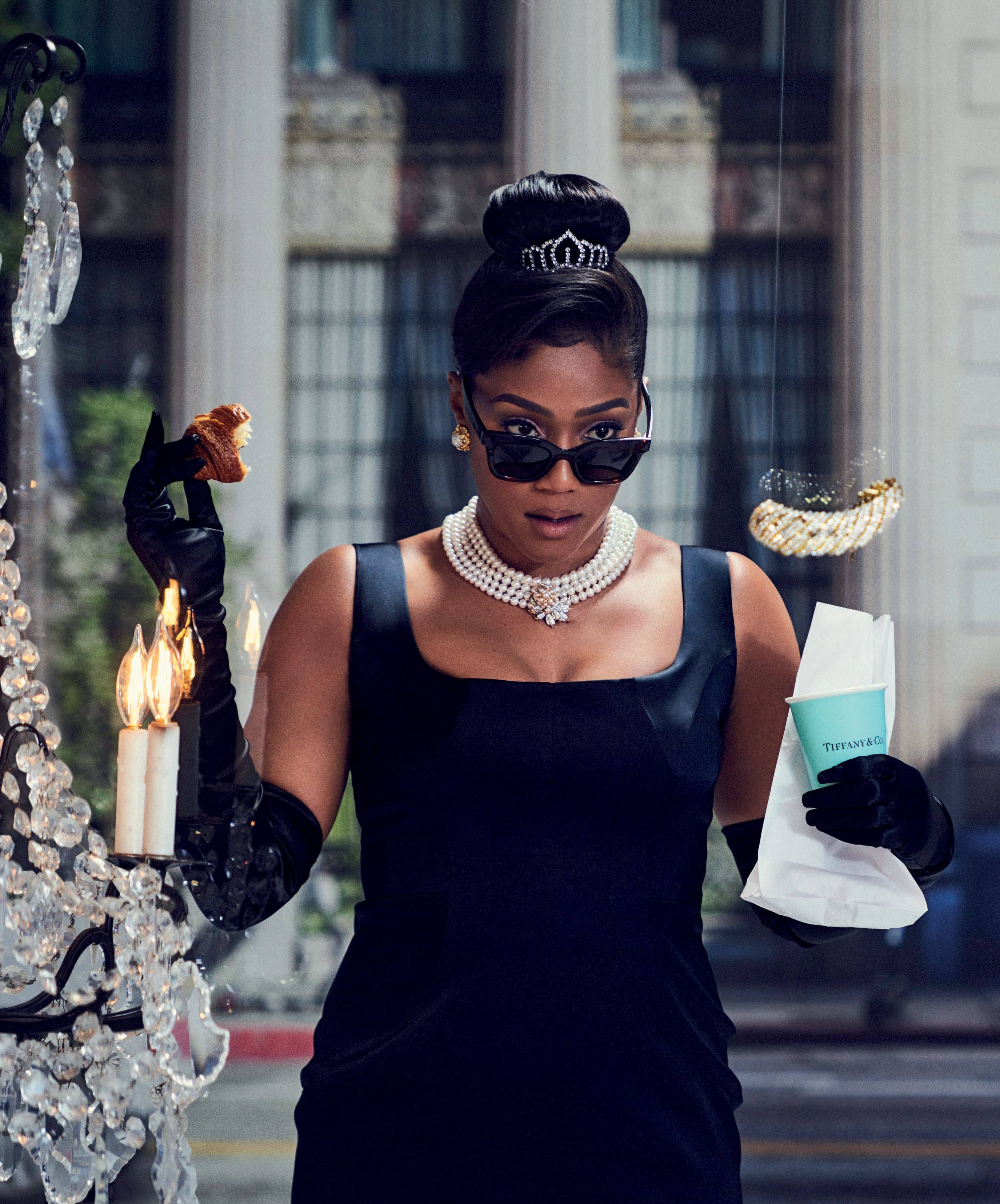 Tiffany Haddish on men, money, taking on Hollywood, her new famous friends and why what the world needs now is more Meryl Streep.

Breakfast with Tiffany Haddish is at a Southern-inspired spot called My Two Cents near her home in Los Angeles. Haddish is friends with the owner and we’re seated at her regular corner table, an hour before the restaurant opens to the public.

Today, Haddish is wearing a black t-shirt with an illustration of a brown unicorn that a fan made for her. She says that she tries to go through her DMs and respond to fans at least once a day, and she loves interacting with them in person—most of the time. “I don’t mind anybody talking to me, but if I’m eating, that makes me mad because I have a serious relationship with food,” Haddish tells me between bites of her usual—shrimp and grits, with a side of collard greens. “When people come over to me when I’m eating, I’m always surprised they’re not like, ‘Tiffany Haddish is an evil b****.’ ”

Breakfast at Tiffany’s—the 1961 film based on the Truman Capote novella—centres on Audrey Hepburn’s glam, eccentric Holly Golightly, who reinvents herself in an attempt to outrun her past. For her BAZAAR photo shoot, Haddish delighted in channelling Hepburn, vamping for the team in a variety of black frocks and long gloves, and posing with a cat meant to recall Golightly’s, which the character never gives a name.

Haddish’s own life has transformed profoundly since her breakout role in the 2017 comedy Girls Trip. Now, she headlines high-profile comedy specials—the latest, Black Mitzvah on Netflix—and major studio releases, including hidden-camera comedy Bad Trip, with Eric André. Haddish’s character breaks out of prison as the movie begins, but many of her scenes were shot opposite civilians who didn’t know they were being filmed. “Most people didn’t recognise me at first,” she says. “Then I’d get to talking and doing my thing. They were like, ‘Hey, you know who you remind me of? Girl, you remind me of Tiffany Haddish.’ ”