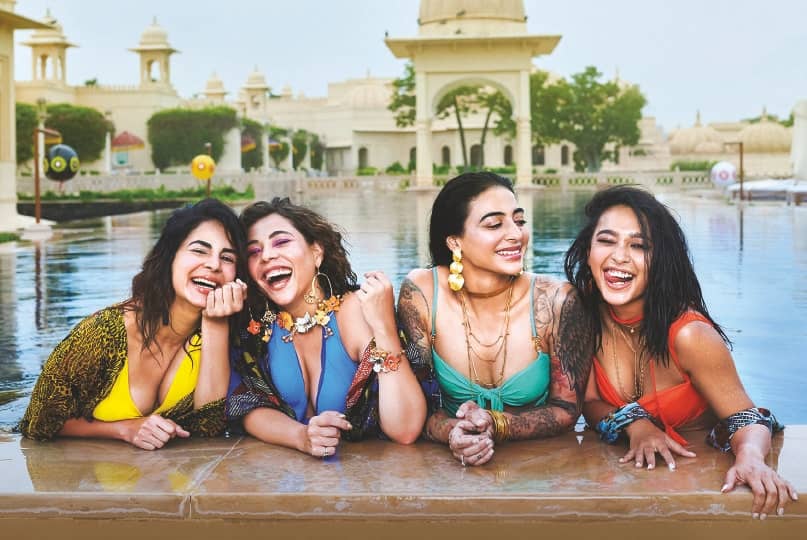 Another round of laughter, friendship and sex, please

Bold, relatable and incredibly fun, Amazon Prime Video’s Four More Shots Please! managed to become a guilty pleasure for women of all ages across the country. But what really drew us to the show were the lead characters – four distinct women played by Kirti Kulhari, Bani J, Sayani Gupta and Maanvi Gagroo. With season two just around the corner, the lead cast of the show is all set to introduce us to new adventures and developments.

GRAZIA: What are some of the stereotypes that the show actively sought to debase? How will season 2 take this to the next level?

KIRTI KULHARI: Season one dealt with various stereotypes such as homosexuality, body shaming, being a single mother, fighting for your beliefs and other sub-issues. Season two has introduced newer issues. For instance, my character deals with an extramarital affair.