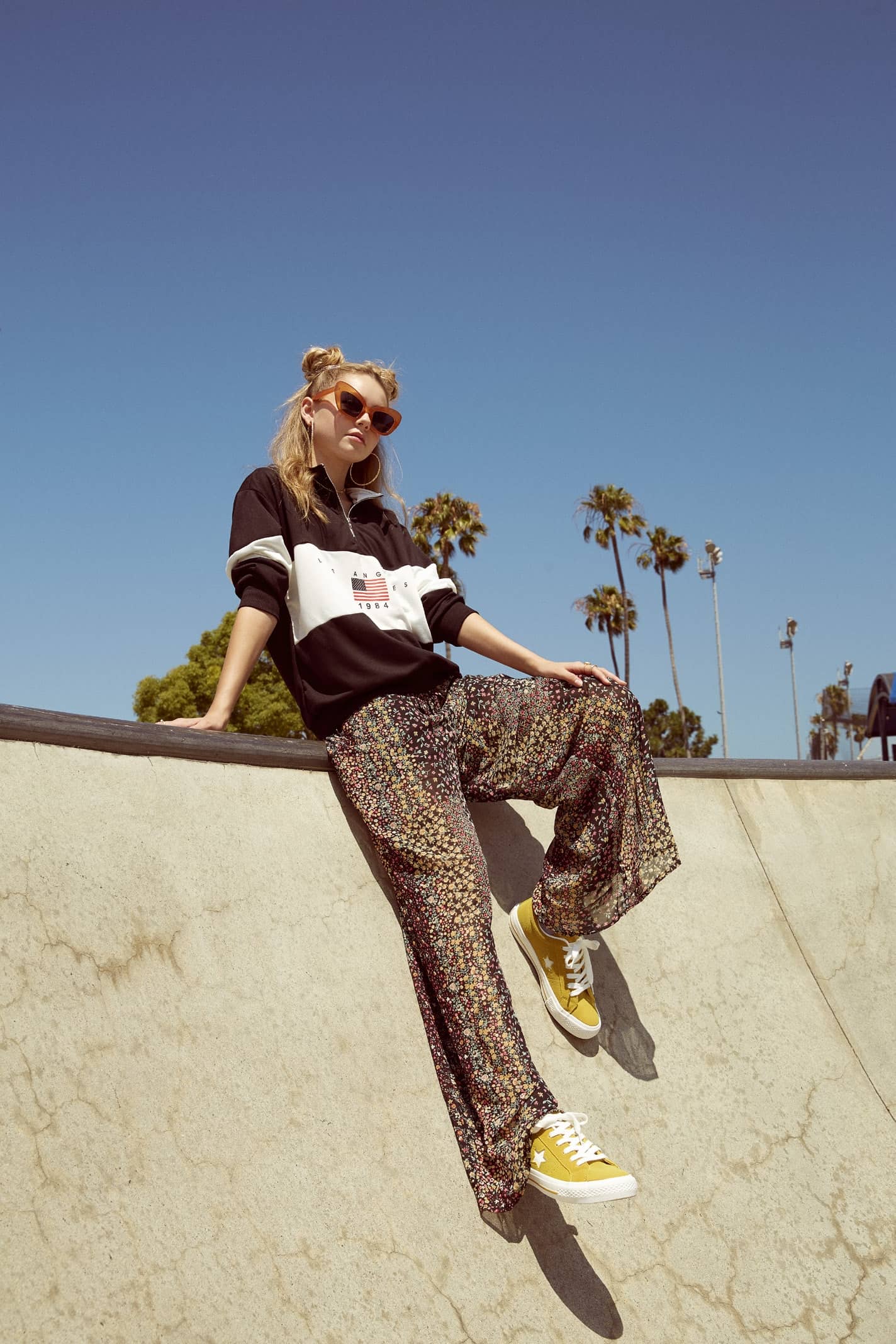 Doesn’t Need to Ask the World.

If Ruby Rose Turner were to ask the world what it thought of her, she’d probably hear that people think she’s an uber confident dancer with savvy spunk, just like her character on Disney Channel’s Coop & Cami Ask the World. But ask Ruby to describe herself and she confesses, “I’m a weirdo… but the coolest weirdo you’ll ever meet.”

And that’s what makes the 13-year-old (she’ll turn 14 on Oct. 16) so real. Just like the rest of us, she has her struggles. But, unlike most of us, she’s perfectly content living life a little off the expected path. “I’m just not like many people on this planet,” Ruby shares. “Kids my age like to grow up very fast, but I actually didn’t want to turn 13.”

But when the time came, she realized being a teen wasn’t as daunting as she imagined it to be. “It’s just an age. And now I realize that 13 is so young. I have such a long way to go—I’m excited to be a teenager now.”

And that’s not the only way Ruby is managing this growing up thing. While her TV alter-ego Cami depends on crowdsourcing to make her decisions, Ruby is taking control behind life’s steering wheel—and she’s got a clear set of goals of who she wants to be that she’s checking off, bit by bit.

Goal #1: Stay Grounded Describing herself as a “fireball” of a kid growing up in Los Angeles, Ruby channeled her frenetic energy into hip-hop dancing.

“It was too hard for me to stand still,” she confesses. “I have the attention span of a fly. Listening to ballet music and wearing tights was really uncomfortable for me. I needed to just put on some sweatpants and throw it down.”

What started as a natural outlet for her self-expression, her dancing soon caught the attention of others. When she was just 7, Ruby made her TV dancing debut on the Spanish language network Univision.

“Never mind the fact that I couldn’t speak Spanish, I didn’t care,” she remembers. “My language was dance. And in that way, I could speak to the people who were watching the show.”