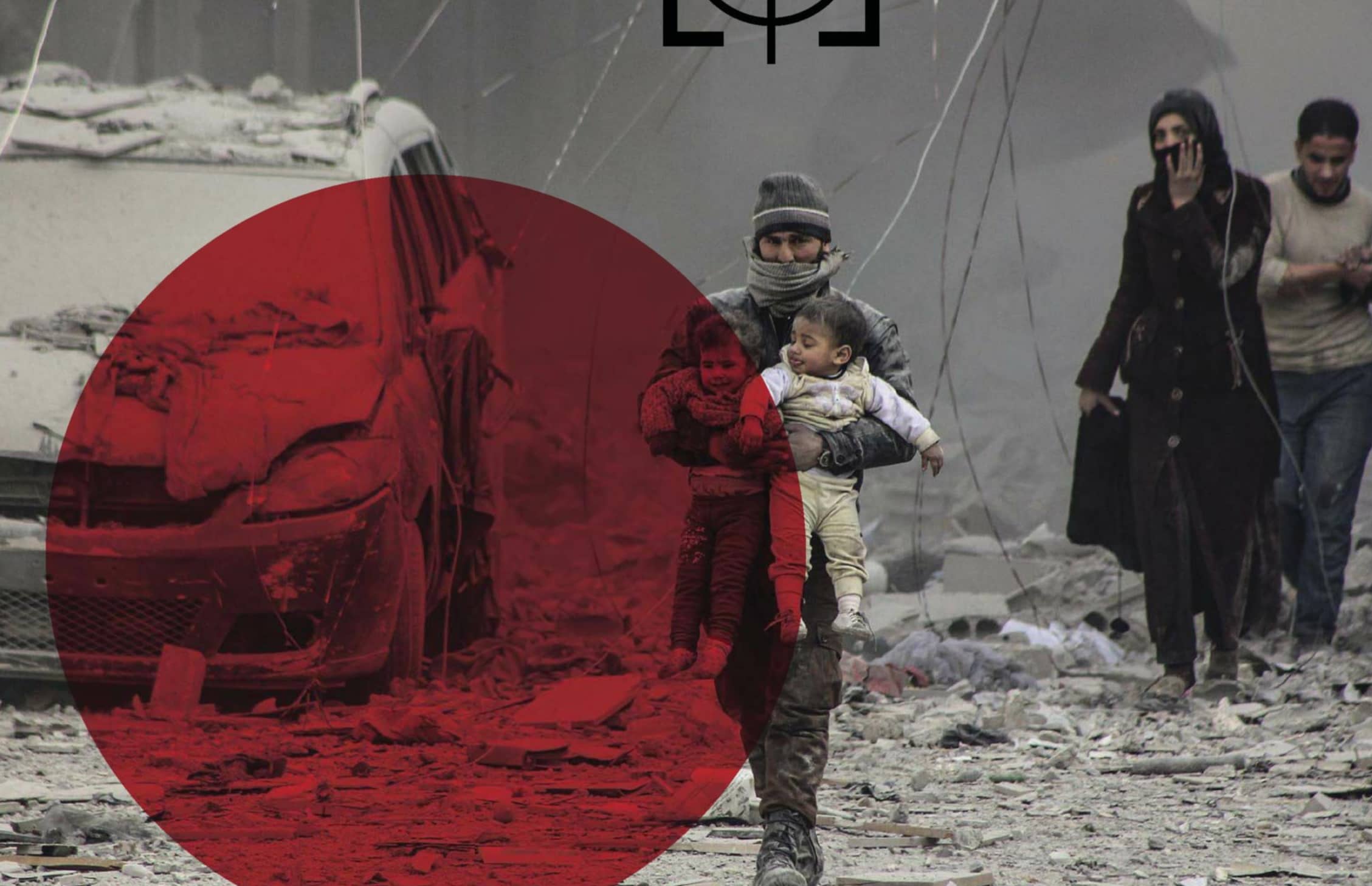 HOMES DESTROYED. BODIES WRECKED. FAMILIES RIPPED APART. THE BASHAR AL-ASSAD REGIME’S INDISCRIMINATE AIR STRIKES HAVE TERRORISED SYRIAN CIVILIANS FOR YEARS. NOW A SMALL BAND OF ACTIVIST- ENTREPRENEURS IS BUILDING A SENSOR NETWORK THAT LISTENS FOR WARPLANES AND WARNS PEOPLE WHEN AND WHERE THE BOMBS WILL FALL – GIVING THEM JUST ENOUGH TIME TO SURVIVE

ON THE MORNING APRIL 11, Abu al-Nour* was lounging at home in a small town in Syria’s Idlib Province. It was a pleasant day, and his seven children – ages 2 to 23 – were playing outside or studying inside. The house was small, but al-Nour was proud of it. He had built it himself and enjoyed having family and friends over to spend time in the big yard. His wife was cooking lunch in the kitchen.

Al-Nour is a farmer, as were many of the town’s residents, but since the Syrian civil war started in 2011, fuel and fertiliser prices had shot up well beyond his means. Al-Nour had been getting by with the odd construction job or harvest work here and there. The area had fallen to rebel forces in 2012, and though his village was too tiny for the rebels to bother with much, he’d noticed fighters from the Free Idlib Army and Jaysh al-Izza groups passing through on occasion.

Being in rebel-held territory meant government air strikes. The bombings began in 2012 and got worse in 2014. Many villagers f led out of fear. Others fell deeper into poverty, their businesses ruined by the relentless conf lict. When the first air strike hit al-Nour’s neighbourhood, he says, it killed eight people from one family. Al-Nour tried to help with rescue efforts, but instead was overcome with grief, unable to move. Afterwards, he couldn’t stop imagining what could happen to his family. Finally, five long years into this reality, he heard about a service called Sentry from a friend. If he signed up, it would send him a Facebook or Telegram message to let him know a government warplane was heading his way.

Around noon on that day in April, al-Nour’s phone lit up with an urgent warning: a Syrian jet had just taken off from Hama air base 80km away. It was f lying toward his village.

He shouted to his family and grabbed the younger children. The group dashed out to a makeshift bomb shelter that al-Nour called his ‘cave’. Many residents of the heavily bombed areas in Idlib had dug similar shelters – really, just holes in the ground – and fitted them with something like storm-cellar doors.

Al-Nour managed to get all his children into the cave, but not his wife. He kept calling her name as he heard the awful sound of an approaching jet overhead. His wife reached the door to the shelter just as a bomb hit. Al-Nour remembers the door blowing off the cave, everything shaking, and an almost unbearable pressure in his ears. ‘It smelled of dust and fire,’ he says. ‘The dust was everywhere.’

Shrapnel had pierced his wife’s back. Some of his children were in shock; others were crying. Through the smoke, he could tell that his house was destroyed. Still, everyone was alive. For that he was grateful. ‘We saw the death with our own eyes,’ al-Nour says over the phone through an interpreter. ‘Without the Sentry warning, my family and I would probably be dead.’ 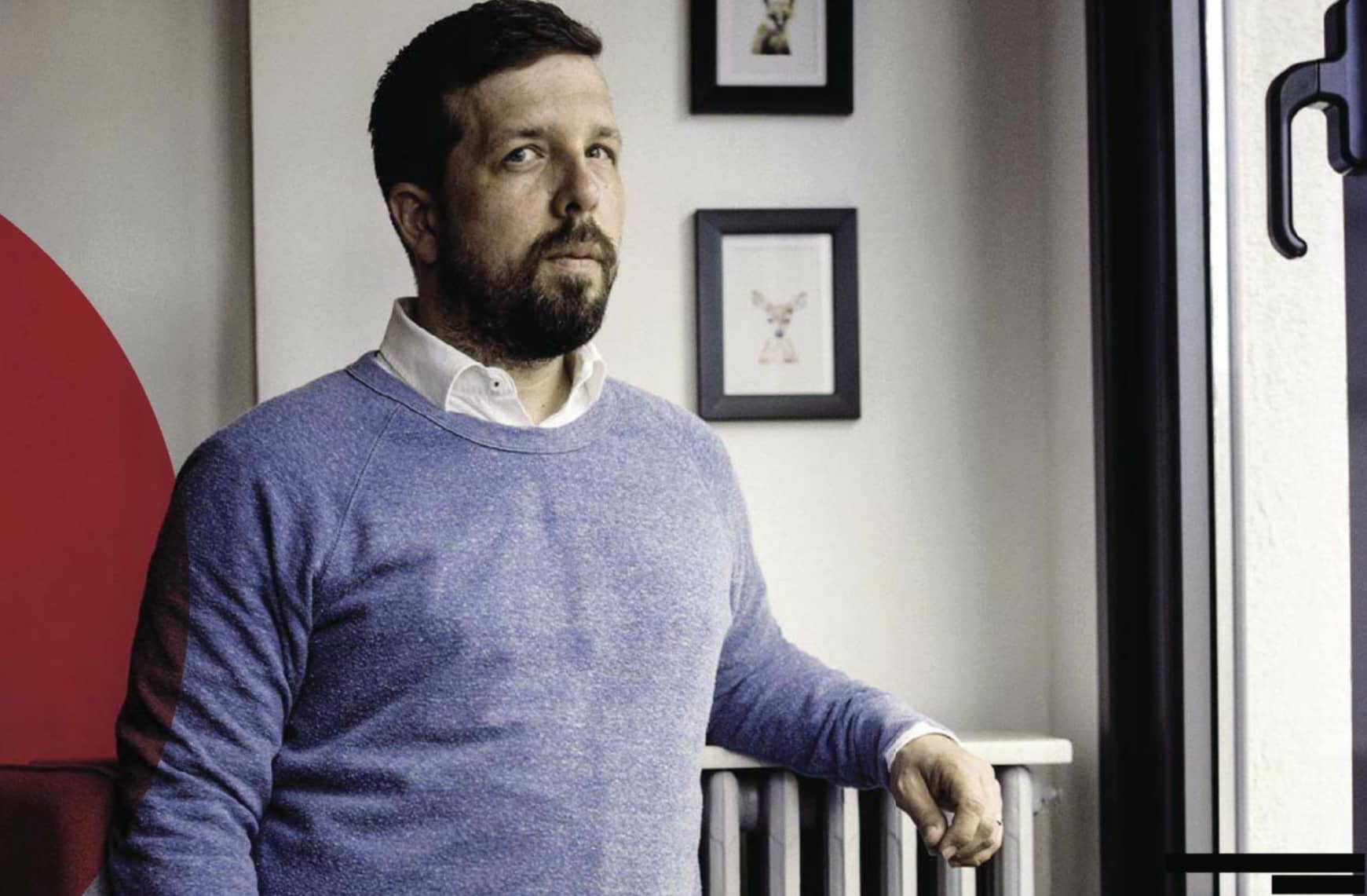 In the seven years since the start of Syria’s civil war, it’s estimated that at least 500 000 Syrians have been killed. That number includes tens of thousands of civilians killed in air strikes carried out by Syrian president Bashar al-Assad’s regime and its allies. Assad’s forces have been accused by the international community of war crimes for indiscriminate bombings. Six million Syrians have f led the country, creating a refugee crisis in the region and the world. International efforts to find a peaceful resolution continue to fail. The Assad regime has slowly regained territory; about two-thirds of the people in Syria currently live in areas under government control. The rest are in places held by an array of rebel groups as well as Kurdish and Turkish forces. Millions of people still live in unending fear of the sound of fighter jets overhead.

The conf lict has left many Syrians feeling defeated. Huge swaths of the country have been laid to waste, and the humanitarian crisis isn’t expected to get better with coming government offenses. And yet even if these larger forces are implacable, a small effort can sometimes make a meaningful difference – like helping a family of nine escape with their lives.

The warning that came over al-Nour’s phone was created by three men – two Americans, one a hacker turned government technologist, the other an entrepreneur, and a Syrian coder. The three knew they couldn’t stop the bombings. But they felt sure they could use technology to give people like al-Nour a better chance of survival. They’re now building what you might call a Shazam for air strikes, using sound to predict when and where the bombs will rain down next. And thus opening a crucial window of time between life and death.

AS A KID IN RURAL McHenry County, Illinois, John Jaeger didn’t have much to do until his stepdad built him a home brew 486 computer. Jaeger took a job at modem manufacturer USRobotics right out of high school, followed by a gig at General Electric Medical Systems. The promise of ‘good drugs and startup parties’ lured him to Silicon Valley in the late ’90s. He took computer security and network management jobs before working his way up to IT director. ‘I basically made all the wrong decisions,’ he says. ‘Instead of becoming a multibillionaire, I went and worked for three companies that don’t exist anymore.’