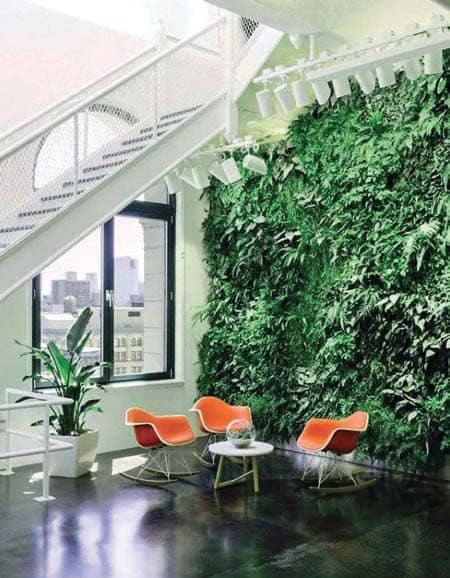 Selfies at your desk, emoji-themed rooms and more inspiring women than you can shake a filter at. We find out what it’s really like to work at Instagram.

Think working at Instagram is all boomerangs and frothy filters? Well, it is – kind of. But when you’re tasked with making sure all one billion users – including you, me and the A-list – are engaged and entertained, the pressure is on. “Selena Gomez came to our office once,” a female employee tells me quietly at the US headquarters just outside San Francisco. “She wanted to know how we could make the app safer. We’ve been working on it ever since.” Considering Selena was Instagram’s most-followed celeb (footballer Cristiano Ronaldo has since dethroned her) and deleted the app after being trolled in the past, I sense this was a very big deal.

I’ve arrived to discover what it’s really like to work behind that purple, orange and pink icon. After a botched Uber ride first takes me to Facebook headquarters, which bought Instagram for $1billion (R14.1 billion) in 2012, a six-minute trip redirects me to the ‘Insta campus’. Unlike the flashy Facebook campus, it has a super chic facade. Nestled in Silicon Valley, it has been swathed in mystery since they moved in. That is, until we were given an access-all-areas pass.

Huge screens with pictures and videos from Instagram’s official account dominate the reception area – today, it’s wildlife-themed. Security is friendly, but tight. I have to be chaperoned. I log in as a guest by ‘connecting’ to my chaperone via Facebook, then it’s selfies on arrival courtesy of a three-tiered photo booth. The most popular backdrop is the floral recreation of Beyoncé’s 2017 pregnancy announcement, a record-setting post that hit 11.2 million likes. And, yes, all 500 Instagram employees can take as many snaps as they want.

With its white, reflective surfaces, walking around the airy building is like seeing everything through a real-life filter. Walls feature striking Insta-art, and meeting rooms have emoji-themed (‘See-No-Evil Monkey’) or Insta-related (‘#NoFilter’) names. There’s a ‘quiet room’ filled with pillows to help you switch off; in fact, there seems to be more comfy rest stops pitted around the open-plan layout than there are desks. Everyone has an assigned seat, but they can work remotely around the building. The cafeteria has a gourmet marketplace feel, with a menu offering six – yes, six – types of vegan bread, salads and freshly cooked meats, while fully stocked kitchens on each floor tick all the snack boxes. Everything is free apart from the coffee shop. Though while passing through, I’m gifted a cappuccino brewed with chicory. They might have been prepped to be on their best behaviour, but the working vibe seems casual and genuinely friendly. I spot a wooden axe on someone’s desk – a prize that gets passed around for exceptionally inspired ideas (not, as I first imagined, to tell someone they’ve got the chop) – and I see co-founder Kevin Systrom happily chatting to workers.