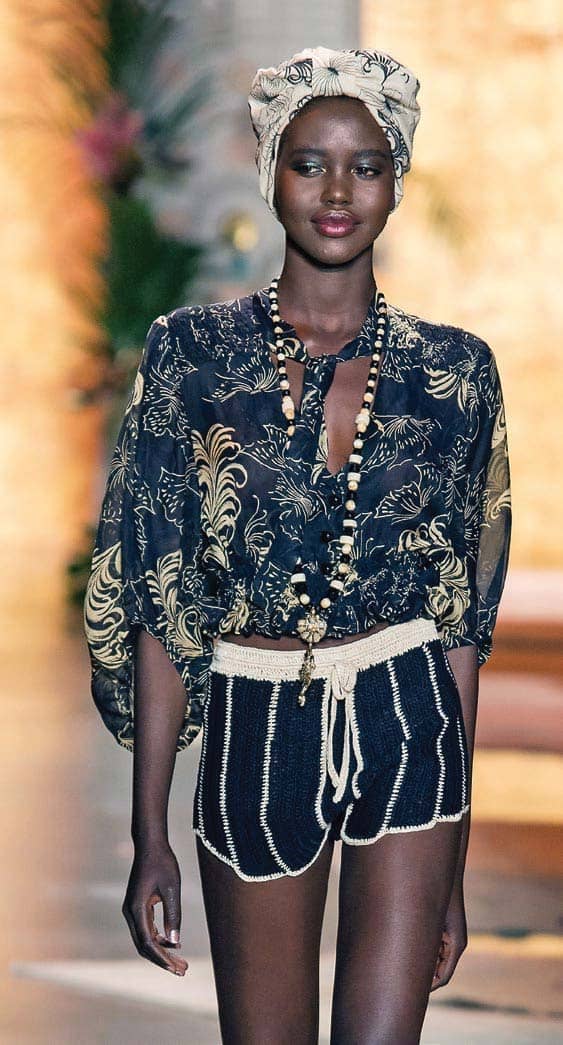 South Sudanese model Adut Akech made it out of a refugee camp, achieved a Model of the Year title and has an impressive list of runway credits, magazine covers and fashion campaigns under her belt.

If I were her, I would be so annoyed right now. That’s what I think, watching Adut Akech as preparations for a shoot get underway early one morning inside a sprawling studio space. She sits in the hair and makeup area, wearing a white bathrobe; the manicurist is filing her nails while the hairstylist is busy shaping her Afro into a Grace Jones-inspired fade. The clippers are buzzing, and onlookers are hovering nearby. I’m standing in front of Adut, but I can’t see her face because it’s covered by a sheet mask. But that spectacularly sculpted face is animated, and she’s chatting with me as if this were a perfectly normal way to have an intimate conversation.

Adut has the kind of origin story that’s just begging to be turned into a made-for-Netflix biopic. She was born in South Sudan, but she spent her early years in a refugee camp in Kenya, where she lived until she was eight years old with her mother and her siblings. Although she was young, she remembers a lot about what was going on around her – the hunger, the fear and constantly moving to escape the threat of violence. Despite the difficult circumstances, life in the camp taught Adut the power of gratitude. “When you live in those conditions, you try to make the most of life because you know that tomorrow isn’t promised,” she says. “I always felt I had to be grateful for whatever food I ate that day or that I had somewhere to sleep because I knew that there were kids who didn’t have those things.” She’s 19 now and speaks with an Australian accent – that’s where she and her family ended up after they got out of the camp.