How Timothee Chalamet Is Ushering In A New Era For Masculinity 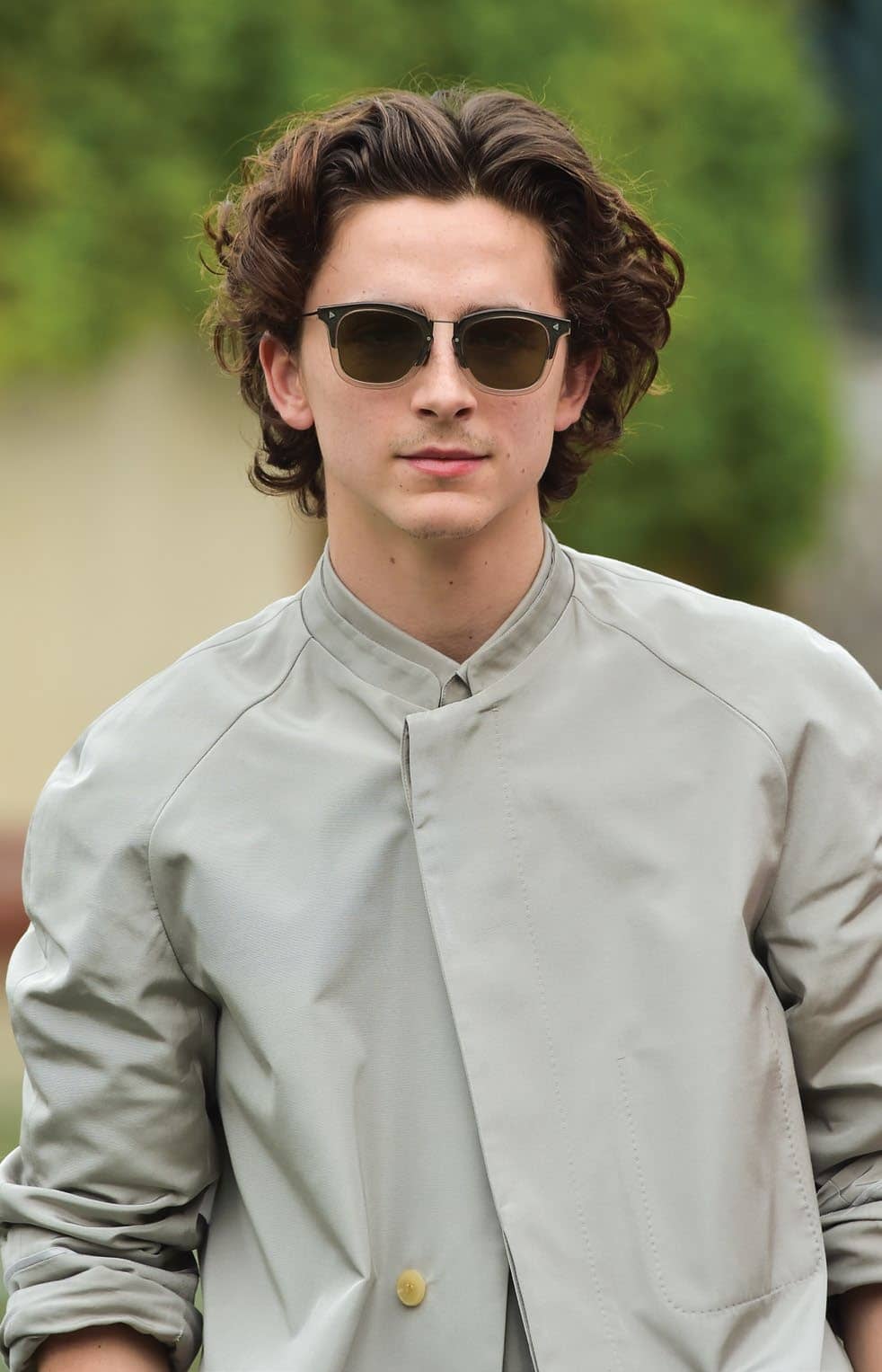 As Hollywood heartthrobs are being replaced by ‘artthrobs’, emotional vulnerability and gender-fluid fashion are sidelining the traditional hyper-masculine movie star – with the likes of Timothée Chalamet showing us all how it’s done.

Douglas Greenwood
It’s a baroque painting. A man in red shorts clings with both arms to the hull of a yacht bobbing off the coastal waters of Italy. A young woman with gold hoop earrings wearing an animal-print bikini stretches over him, forcing his legs to splay as she clutches his face and kisses him with an open mouth. In this interaction, she’s the dominant force.

This is a paparazzi shot of Timothée Chalamet and his girlfriend Lily-Rose Depp that the internet has discovered, transforming it into a meme and ogling at the couple’s intimacy; a private moment transformed into a PDA. For Timothée – a young actor who’s not made a mainstream movie since his breakout in 2017 – it’s an image that exists in tandem with his very specific kind of stardom, one in which the hyper-masculine traits of the male movie star are sidelined in favour of openness, feminism and proud states of vulnerability.

Timothée is a modern-day matinée idol: a 1.75m man, born in 1995, with tousled hair and the sharpest of jawlines. While many other conventionally attractive actors have built a personal brand on their staunch masculinity over the years, beefing up to take on the role of the macho man, Timothée has segued into a different state of being. In 2019, being soft is cooler than being a womanising, hard-edged hero.