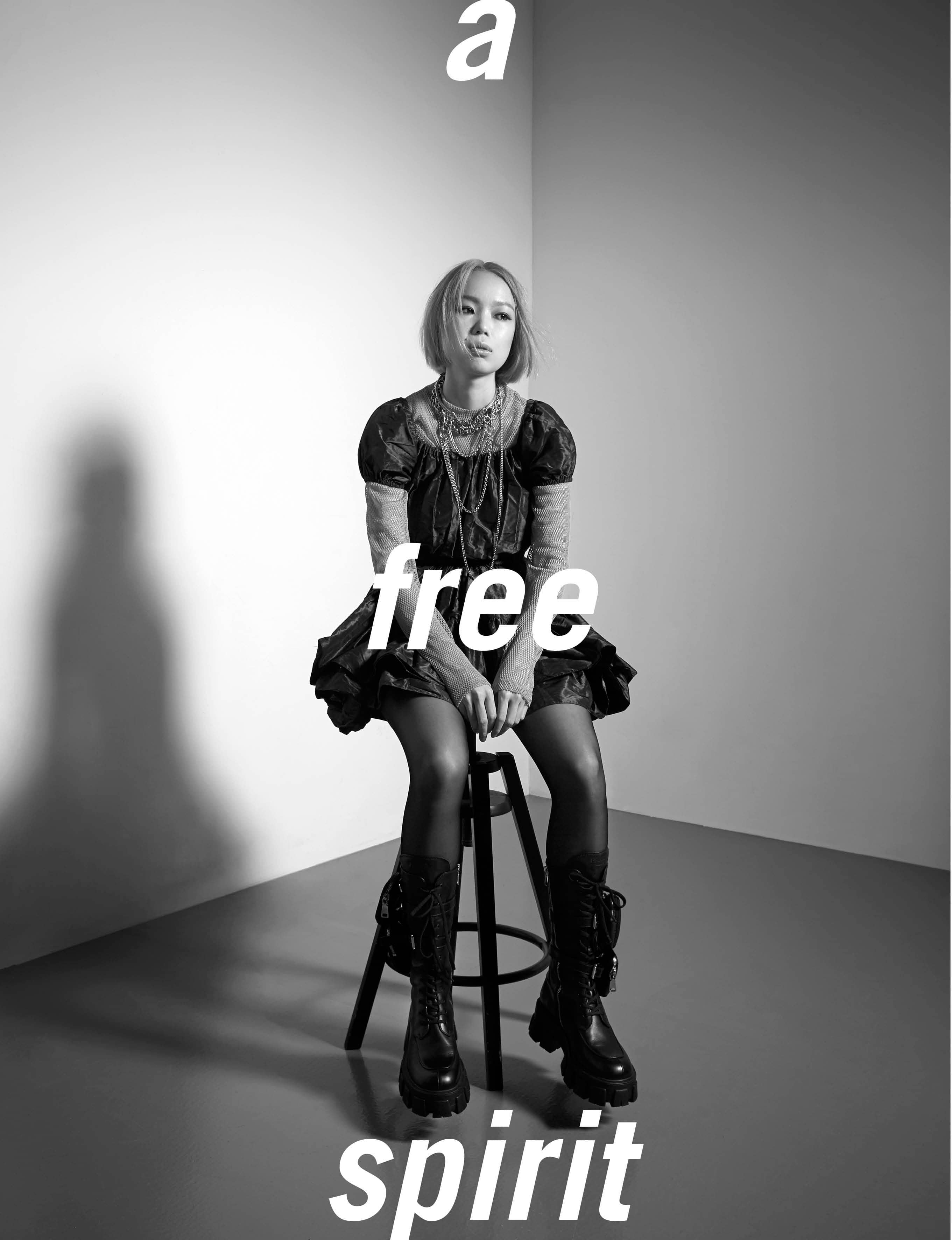 Amanda Lee Koe has been making waves with her stylish debut novel Delayed Rays of A Star, which imaginatively tracks and expands on the Ives of screen legends Marlene Iietrch, Anna May Wong and Leni Riefenstah As anyone who has read her works would I kely attest, Koe's characters tend to stray outside orthodox societal constructs, a trait that the colourful author shares and isn't afraid to speak out on. Hardcore punk she is not, says the 31 year old New York based Singaporean, but she did go through a riot grrrl phase in her teens and is "aligned with the • importance of individual freedom and radical female agency". (1h, and she oyes Joan Jett and Patti Smith.) So when she was recently back in Smngapore to promote her book, Keng Yang Shuen caught up with her to talk about her riot grrrl roots and how the punk inf uenced subculture st resonates with her.

How did you first discover riot grrrl culture?

"I was quite an oddball teenager. I didn't really like any of the things that my friends liked. At 15, I was super into vintage and cabaret culture because of Marlene Dietrich - my queer and cinematic icon. Then when I was around i8, my best friend and I made each other mix CDs, and she introduced me to Bikini Kill. We had no other friends who were into the music that we were into - they were into Jay Chou and The Pussycat Dolls, and we would be talking about Sleater-Kinney and Janis Joplin. One also needs to factor in how hard music was to discover back then. To make our mix CDs, we had to trawl through Limewire for hours and attempt illegal downloads."

What did the culture represent for you then?

"Riot grrrl culture was about taking it back. You didn't have to wait for the revolution to dismantle the patriarchy. You could and should do so in your own tiny ways, here and now... Between my best friend and I, riot grrrl culture was a kernel of self-discovery. I didn't even truly know what punk or feminism was then. As a teenager growing up in Singapore, you'd learn the Mole concept or study Shakespeare, but no one would assign Judith Butler reading, for example, So stuff like music was a gateway drug; an early entry point. That was also my Tumblr and DIY phase—I once cut three holes in a pillowcase and wore it to school."

"Riot grrrl culture and its ethos will always be relevant. At its core is a message about finding your own strategies of taking power back into your own hands. However, fashion and the media have had a historical tendency to defang and commoditise subcultures while making them more visible and accessible. I'm thinking Vivienne Westwood and the punks, Nike women ads, and the girl gaze aesthetic. Is there a way to spread messages of feminist agency into the mainstream so that we aren't always preaching to the converted in our own small silos, yet do so without making the message lose its authentic truth and subversive power?"

Who would you consider today's riot grrrls?