The joy of being an ambivert 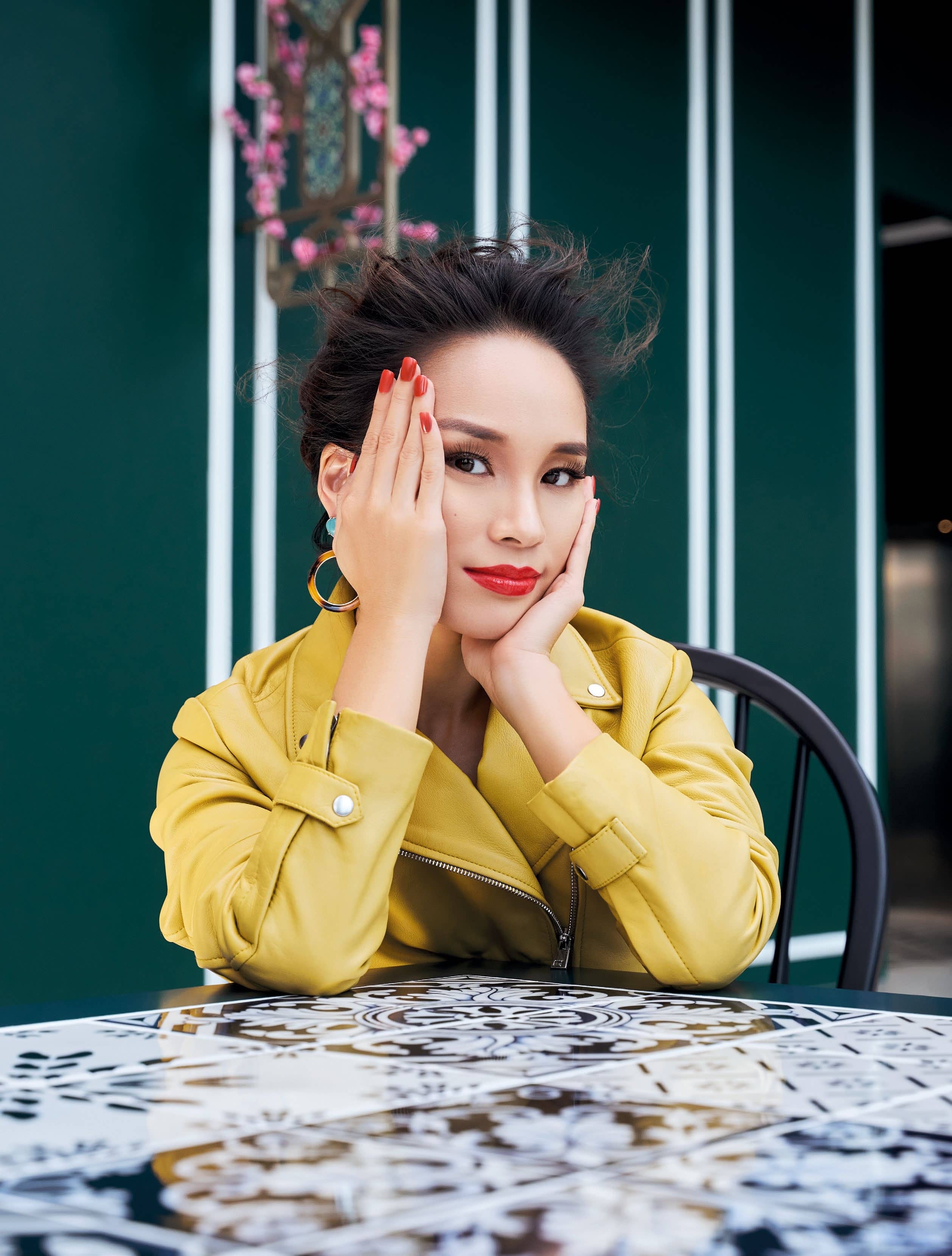 IN PURSUING HER PASSION FOR ACTING, JASMINE SURAYA CHIN HAD TO OVERCOME MULTIPLE HURDLES TO MAKE A NAME FOR HERSELF IN THE ENTERTAINMENT INDUSTRY. VASENTA SELVANAYAGAM REVEALS HOW THE BUBBLY ACTRESS’S WINNING PERSONALITY AND HER ABILITY TO ADAPT TO DIFFERENT PEOPLE AND SCENARIOS HELPED HER OVERCOME THESE OBSTACLES AT THE SNAP OF A FINGER.

“As I open my eyes and look out of my window, I see the sun rising and instantly know that it’s time for me to get out of bed and do what I need to. First things first: I turn on the TV as I enjoy listening to the voice of someone talking in my two-bedroom apartment. After looking at myself in the mirror and brushing my teeth, I head down to the park right outside my apartment and go for a run. With hip-hop and R&B music blasting in my ears, the only question that’s running through my mind is: why do I do this to myself ?

“After a quick shower, I sit down in front of the mirror and look back at how much my life has changed ever since I moved from Kuching, Sarawak where I used to work as a writer at The Borneo Post to being an actress in Kuala Lumpur now. To say that I’m completely happy with what I’ve achieved so far will be an overstatement, and to say that I’m far behind in my career will be an understatement of my hard work. Nevertheless, I’m proud of how far I’ve come and I hope to pursue this career until I’m old. 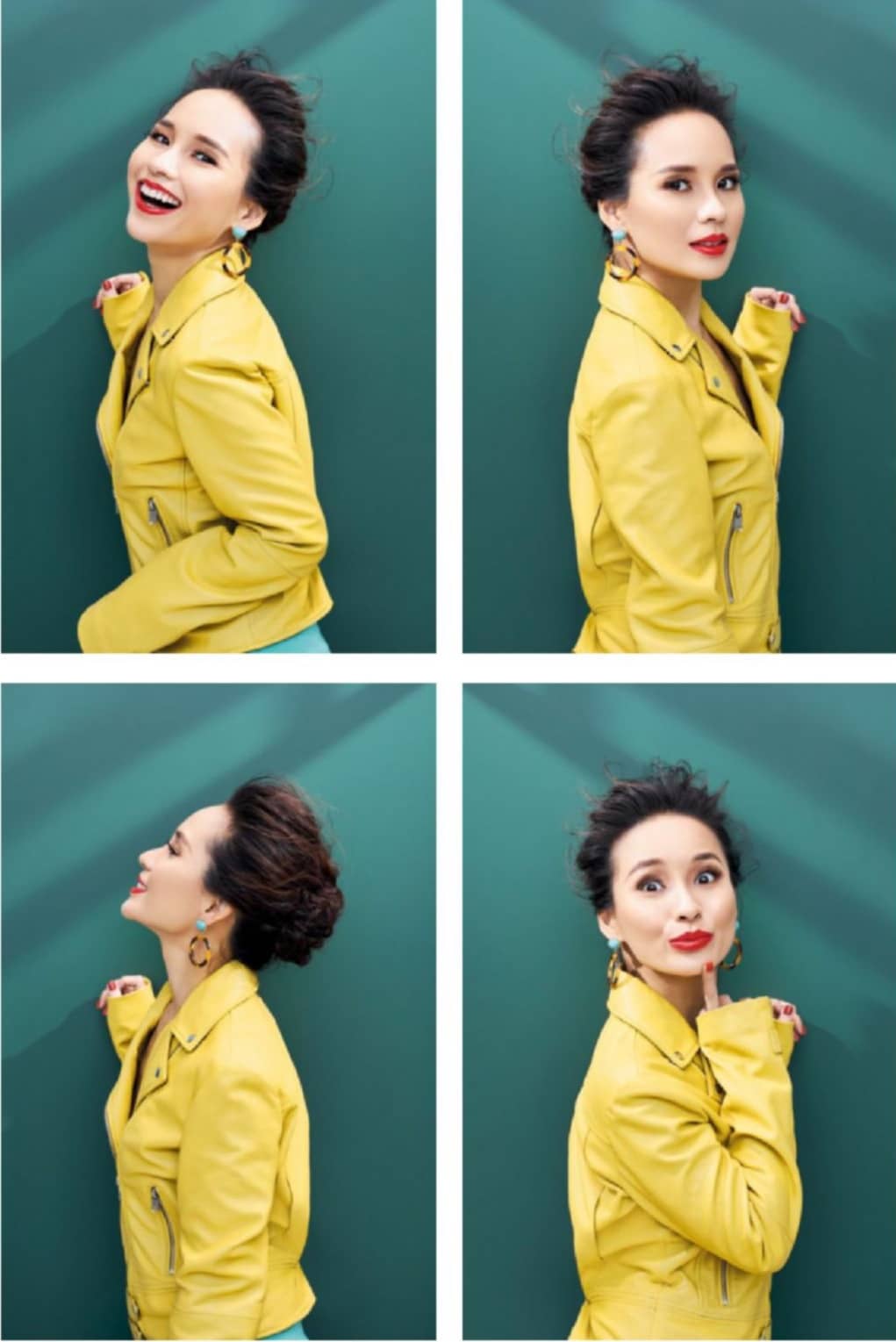 “If there’s anything that I wish I could make better in the entertainment scene, it’d be to make it less materialistic, and for the key players to approach the talents in the industry better instead of judging them on petty things like their choice of clothes (come on, when we start off, we don’t earn that much), their language and how they’re paid (those in charge ought to look into the 60 to 90 days pay scheme). Enough of looking back on what’s right and what’s wrong, cos it’s time for me to get dressed and put on a show as the clock strikes 11. Reserved on the inside, wild on the outside, yup that’s me!” says Jasmine with a laugh.

BEHIND THE GLITZ AND GLAMOUR

As much as the outside world is always envious about the glamorous lives that actors and actresses portray on social media or the big screens, the truth is, that constitutes only 10 per cent of the job while 90 per cent of it is all hard work. Having graduated in Political Science and Economic Studies from Monash University affiliates in Johannesburg, South Africa and Melbourne, Australia respectively, Jasmine began her career as a writer at The Borneo Post in Kuching.

“I applied for a job at the daily with the hope of securing a position as a crime reporter as one of the elective subjects that I completed in university was Criminology. But when the bosses read my resume, they offered me a job at the business desk instead. I accepted it because I knew that I had to start somewhere. But even at that time, I had a vision of being a TV host or in the entertainment scene where I could be in front of the screen,” recalls Jasmine. 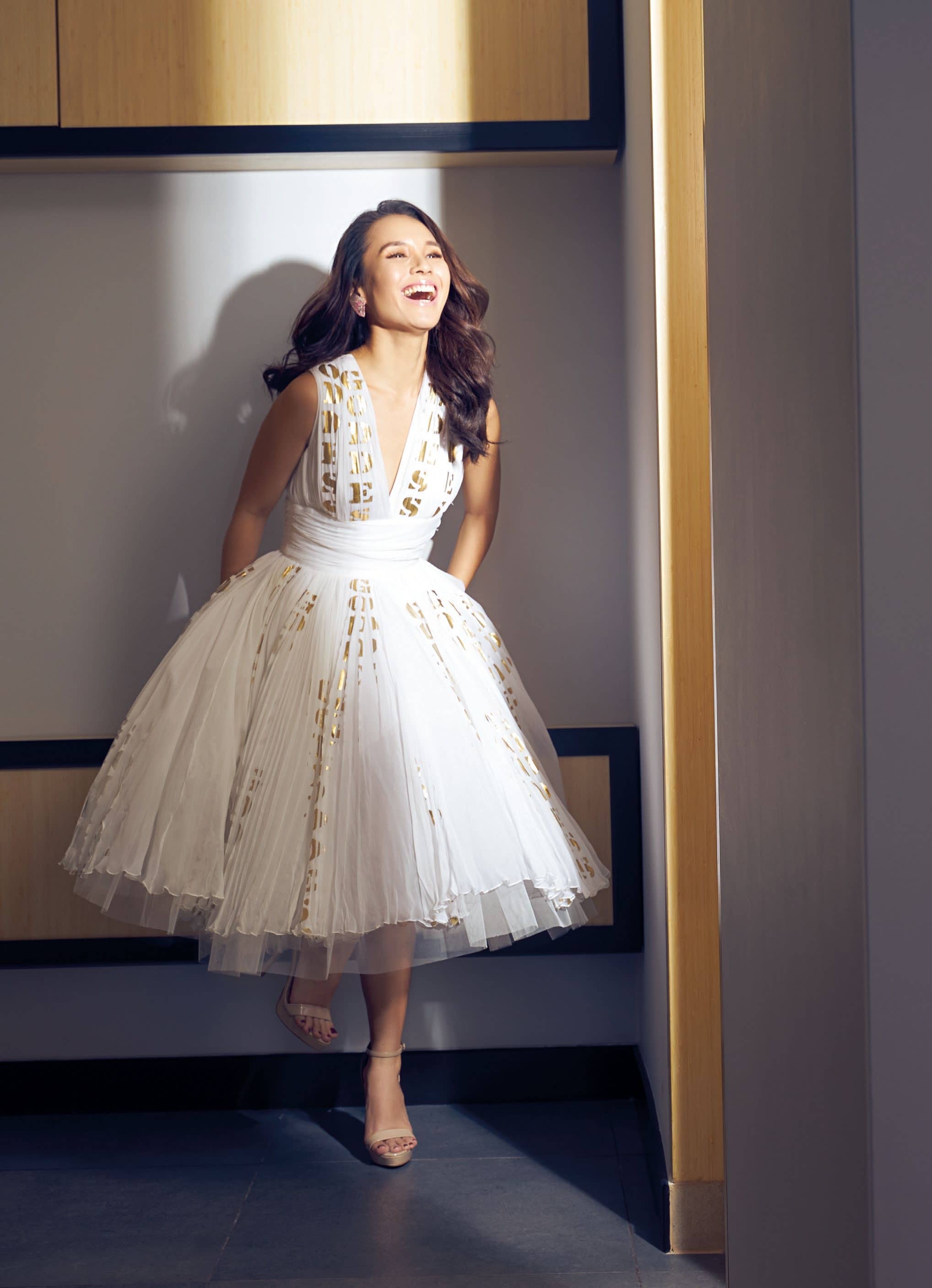