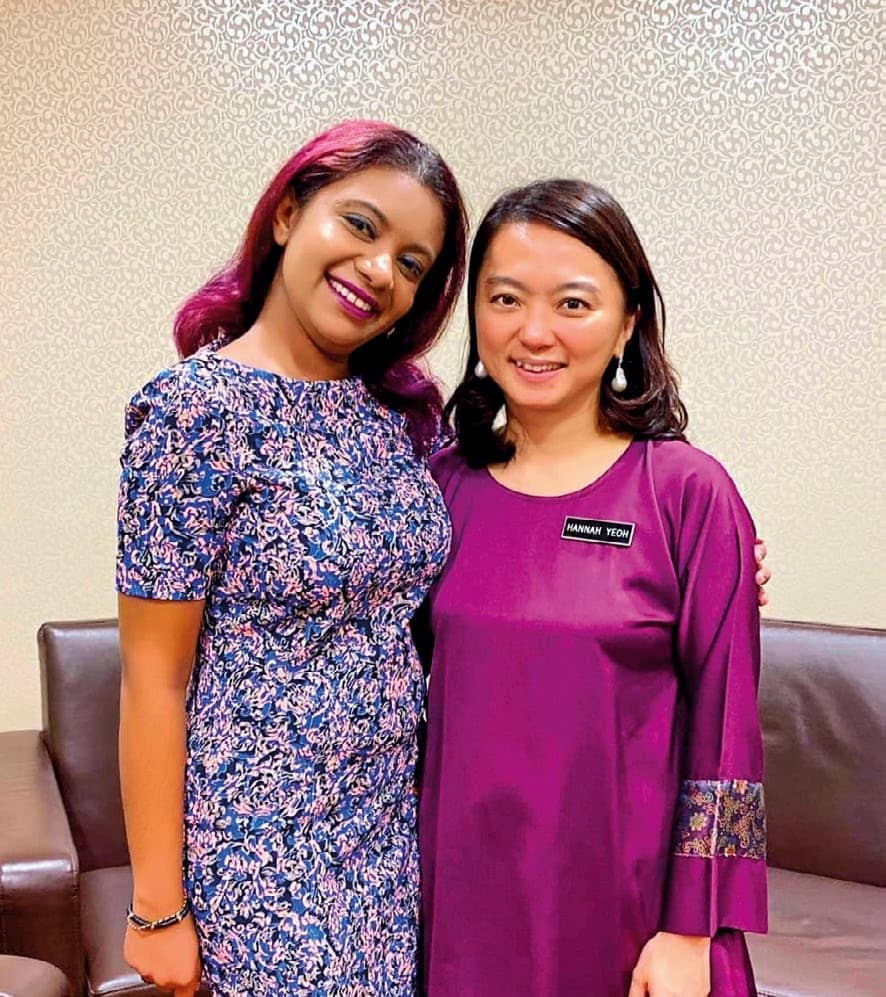 HER IDEA OF EMPOWERING WOMEN IS TO GIVE THEM A SOLID SUPPORT SYSTEM SO THAT THEY CAN GROW STRONG WHILE UPLIFTING AND ENCOURAGING ONE ANOTHER TO REALISE THEIR DREAMS. DEPUTY MINISTER OF WOMEN, FAMILY AND COMMUNITY DEVELOPMENT, HANNAH YEOH TELLS US WHAT NEEDS TO BE DONE TO GIVE A BETTER AND BRIGHTER FUTURE FOR WOMEN IN MALAYSIA.

My childhood days were spent in Subang Jaya, Selangor where I grew up with three younger siblings. I was a very active kid in school – the captain of the ‘blue house’ team at one point, I did a lot of running and was also selected to become the head prefect.

Looking back, I remember that as a student, achievement meant the world to me. I was so performance driven until Form Five when I set a bad example to the junior prefects because I didn’t score straight As (as expected of a head prefect). Although I still remained as the head prefect, I was disappointed with myself. I didn’t make the grade because I was in the Science Stream, which I chose to take up not out of interest but because of peer pressure.

As a result, I went through a brief period of depression and felt as if I’d lost my sense of identity. It almost felt as if at one moment I was popular because I was good in something and all of a sudden, everything came tumbling down.

That’s when I had a reality check and found God or as some people would say, God found me, and my faith changed. This was also when I realised that as a human being, we have our limitations. Hard work is important but I also accept and acknowledge that there is a greater power that loves me above everything else despite what I do and what I don’t do, and this was when I found a new meaning to life. I’m still performance driven but I’m proud to say that my motive is completely different.