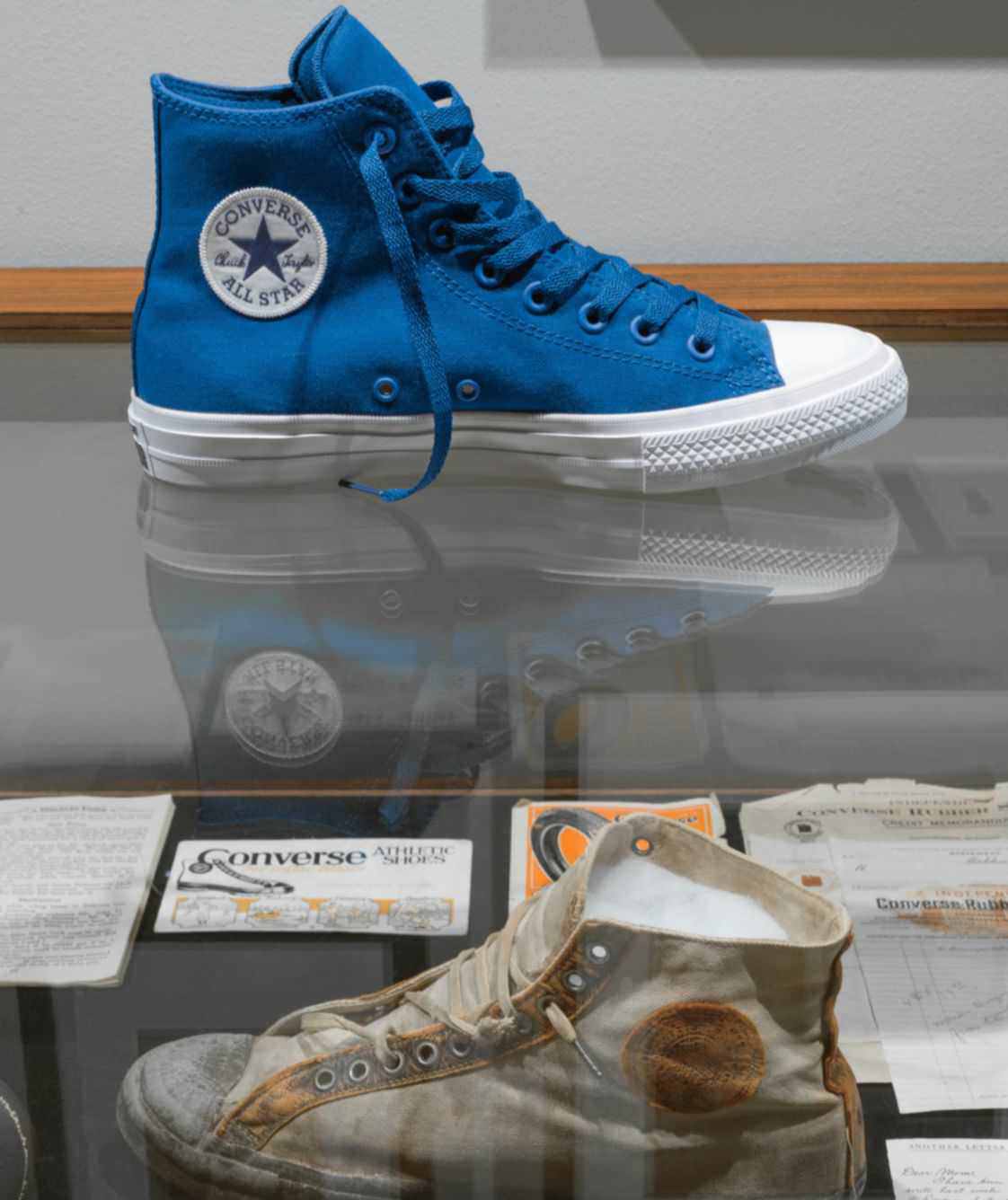 Why did Converse mess with its iconic - and consistently lucrative - sneaker, the Chuck Taylor All Star? It couldn't afford not to.

With his slicked-back silver hair, ear stud, and ace of spades wrist tattoo, Richard Copcutt would fit in just as well backstage at the old CBGB as he does here in Converse’s new Boston headquarters. After all, a brand with as much counterculture cred as the Converse All Star needs a real live rebel at the helm now more than ever.

In late July, Converse released the first major redesign of its classic Chuck Taylor All Star sneaker in nearly 100 years. The company has experimented periodically with new colors (“citrus,” “beach glass”) and materials (denim, leather), but this is more than a style revamp. It’s a complete sole-up rethink, an honest-to-god Chuck Taylor sequel: the Chuck II.

Only an iconoclast like Copcutt, the 49-year-old VP/GM of Converse’s All Star division, would dare screw around with a product formula that is to footwear what Coca-Cola is to soft drinks, let alone slap a Coke II–style roman numeral at the end. “I’m kind of an aging punk rocker, I guess,” Copcutt says, which is rather appropriate. The 98-year-old sneaker, originally designed for basketball, was co-opted in the ’70s and ’80s by bands such as Blondie, the Sex Pistols, and the Clash, and has been the de facto sneaker of the counterculture ever since. Copcutt knows what this demographic might say about a redesign: “Don’t f*** with my Chucks.”