The King Of Knitwear 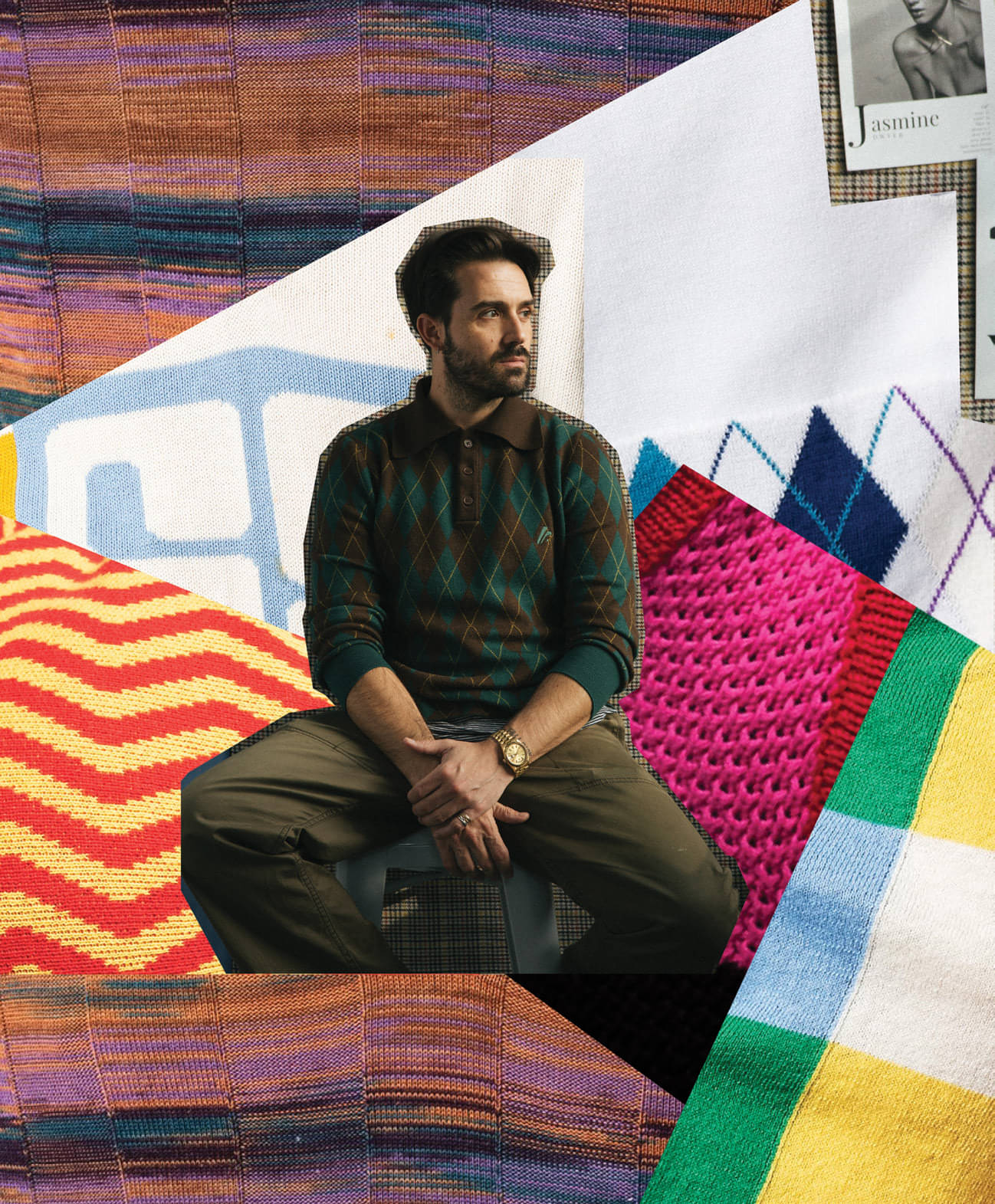 John Targon is doing it all again.

A decorated industry veteran, John Targon has seen it all. The cheeky designer has earned his stripes working for some of the biggest names in the business, including Burberry, Celine, and Marc Jacobs. In 2013, he co-founded Baja East, a trendy label that was shortlisted for the CFDA/Vogue Fashion Fund in 2016. After stepping down from the brand, he’s doing it all again.“Because I love torture,” he laughs.

His latest project, Fall Risk, launched earlier this year. It’s a contemporary line that mixes retro styles with novelty flair, born in response to a fashion industry of excess whose aim is to “to make 90 looks and only sell five.”

At the core of the brand is knitwear. “I just really wanna be the king of knitwear,” he says from his office. The Fall Risk headquarters is a compact yet bright studio on the Lower East Side. There’s a tangible air of eagerness and buzzy energy that permeates throughout the space—it’s like being inside a teen magazine from the ‘90s.