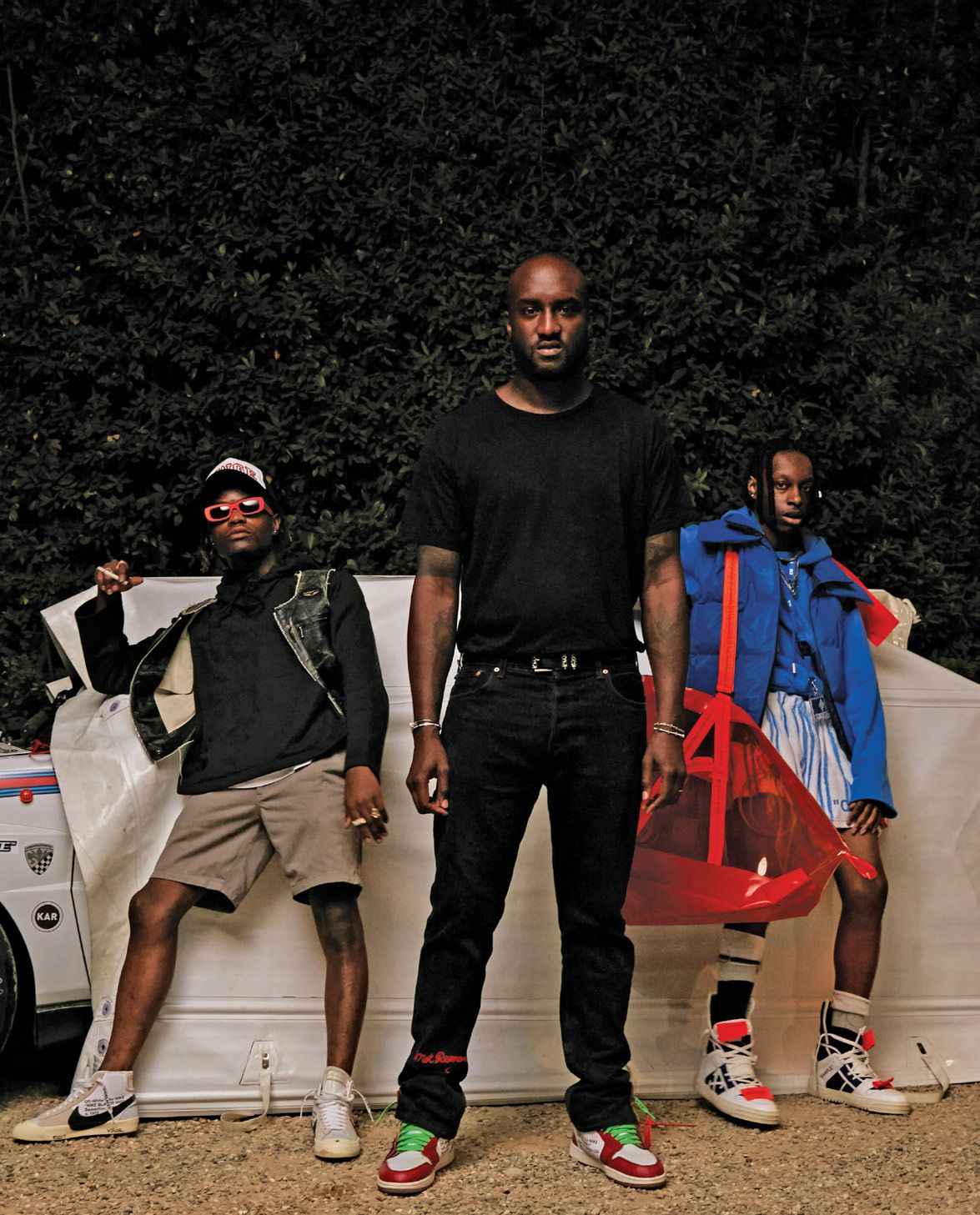 IN A POSH TRATTORIA BLOCKS from the Duomo, Virgil Abloh is sunken back into his chair discussing art history. It’s a sweltering Florentine summer day and, surrounded by families of tourists and college kids abroad, the American fashion designer is hours away from his most large scale project yet: a runway-slash-art-show in collaboration with Jenny Holzer for his guest appearance at Pitti Uomo.

The two had connected earlier in the year after Abloh, 36, reached out via cold call. To his surprise, not only did Holzer, 67, write him back, but she also knew of his work. Off-White, what began as the designer’s T-shirt concept in 2014, had by then become a full-fledged fashion line catapulted by his dual fascination with everyday cool—skateboarding, hip-hop, and streetwear—and the eschewed fine arts. Abloh, who received his Masters of architecture at the Illinois Institute of Technology and undergraduate degree in civil engineering at the University of Wisconsin–Madison years before collaborating with Kanye West, has in fact always championed this idea of democratizing culture. The German modernist Ludwig Mies van der Rohee, who designed the campus of Abloh’s graduate alma mater, informed the designer’s clean aesthetic, while contemporary forces like Tom Sachs, Vanessa Beecroft, and Takashi Murakami backdate his creative portfolio.