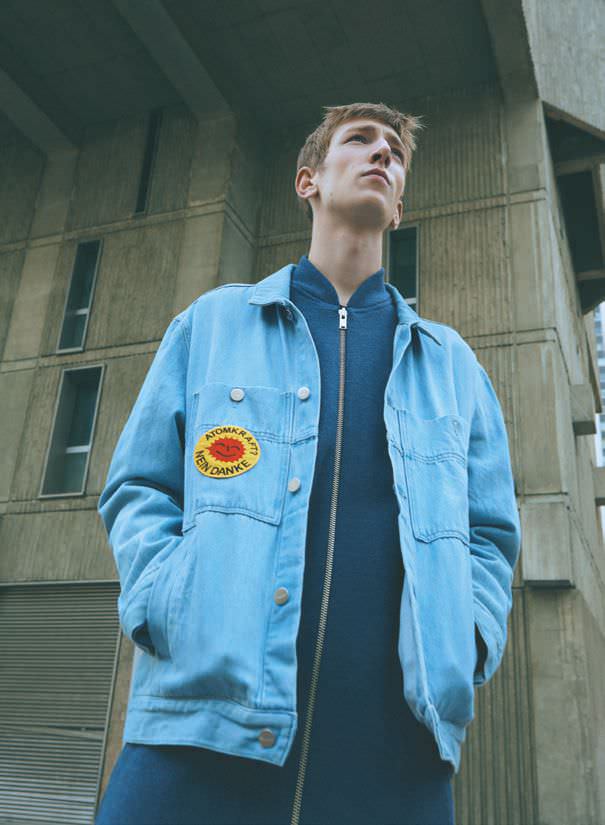 THERE IS AN UNDERSTANDING in the field of quantum physics known as string theory, or the Theory of Everything, that says every single structure in our universe was created from the same fundamental construction: vibrating strands that move, shift, and oscillate to inhabit a desired function or space within reality. This principle, though properly undefined, might begin to suggest how a brand like Études Studio could exist within a fashion market obsessed with categories, labels, and clear-cut calendars. Created and nurtured to fruition by Jérémie Egry and Aurélien Arbet, it is one of expressed duality, following this universal theorem that two seemingly different systems can become equivalent when stripped to their nontrivial bare bones. In the case of Études, this mirrored connection is split between the gritty streets of Manhattan, which Arbet calls home, and the flourishing promenades of Paris, Egry’s preferred haunt. “Études is, in itself, a collective project based on the complementarity of each member,” says Egry. “Our motivation was to anchor it in these two cities, to create an in-between, in order to keep us moving.” 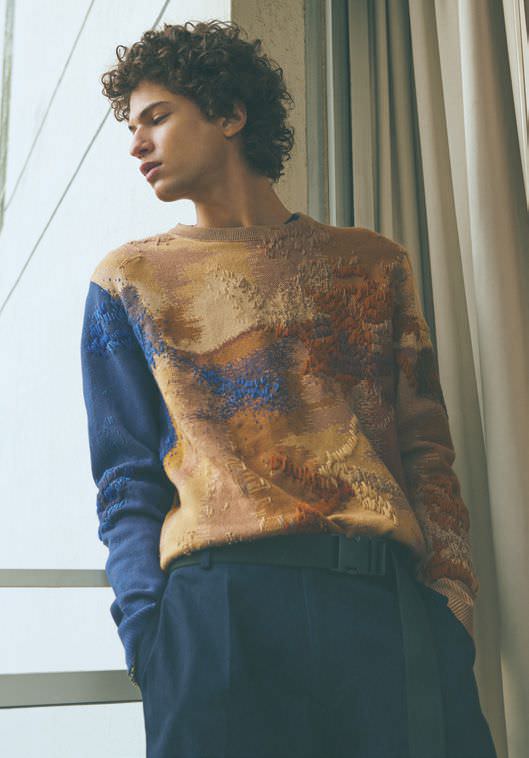 With two locales, two creative leads, and thousands of miles between them, congruency and harmony should seem almost a fairytale. The hidden cure for any disparity, however, resides in the act of full immersion, scrutinizing every corner of the company and leaving no stone unturned or stitch unsewn. “Our approach is, in fact, transdisciplinary,” says Arbet. “We are involved in taking care of all the aspects of any project.” By doing so, the pair has created a label with a strong identity where each venture is connected to the preceding by an overarching concept and ingrained sensitivity.