The Power Of Being First 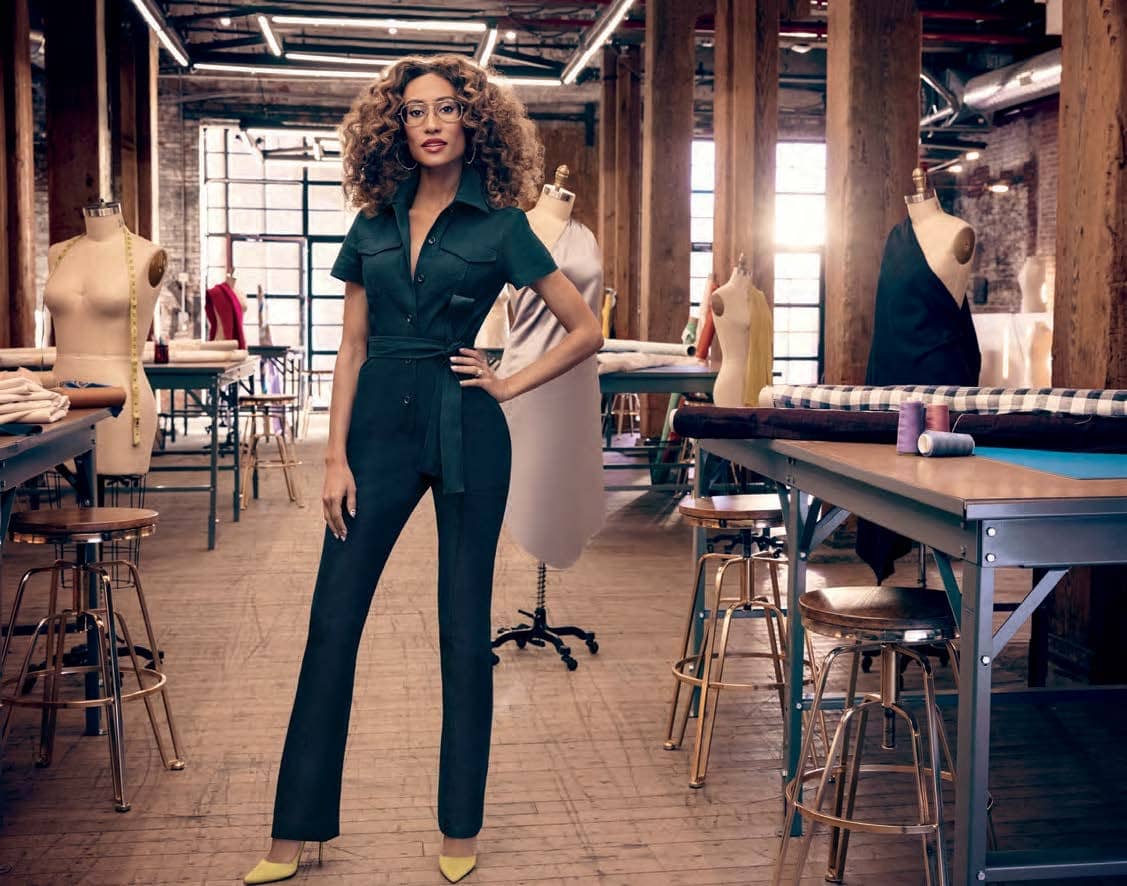 WITH A NEW BOOK AND A SPOT ON PROJECT RUNWAY, ELAINE WELTEROTH IS TRANSFORMING THE BLACK GIRL NARRATIVE IN MEDIA

When I was growing up, Oprah was my favorite imaginary auntie. She lived inside the TV and I looked forward to visiting her every day at 4 p.m. sharp. For one hour every Monday through Friday, I got to watch a Black woman command the airwaves and have dominion over the world. As a little brown girl in a big White world, that was a powerful thing to witness—especially in a culture where girls like me seldom saw ourselves positively reflected in the media.

Research tells us that, on average, a girl’s confidence peaks at 9 years old. Nine. That pains me, though sadly, it doesn’t surprise me. My baby cousin, Joy, was just 5 when I noticed her standing in front of a mirror with a tan towel draped over her tiny head. She was looking at her reflection, examining her smooth, mahogany brown skin with eyes that lit up like little half moons. As I watched, she got caught up in a reverie, whipping that towel back and forth like it was Rapunzel’s long golden locks blowing in the wind.

“What are you doing?” I asked her. She looked at me with one final swing, and just as the towel fell to the floor, she said, “I wish my hair wasn’t so ugly.” I was only a kid then, too, but her words gave me a sinking feeling in the pit of my stomach. It wasn’t just sympathy, but also a quiet recognition of my own internalized struggle to accept the beauty of the girl who gazed back at me when I looked in the mirror.

The kind of beauty we saw celebrated around us at school, in magazines and on television had a way of making little brown girls feel as if the bodies we were born into were somehow inferior. Apart from Auntie Oprah, the media’s portrayal of Black women was grossly limited in scope and variety. Luckily, I had strong examples of women of color in my real life who watered the seeds that helped me believe I could dream beyond what I saw around me.

Fast-forward to two years ago, when I was appointed by longtime Vogue editor-in-chief Anna Wintour to lead