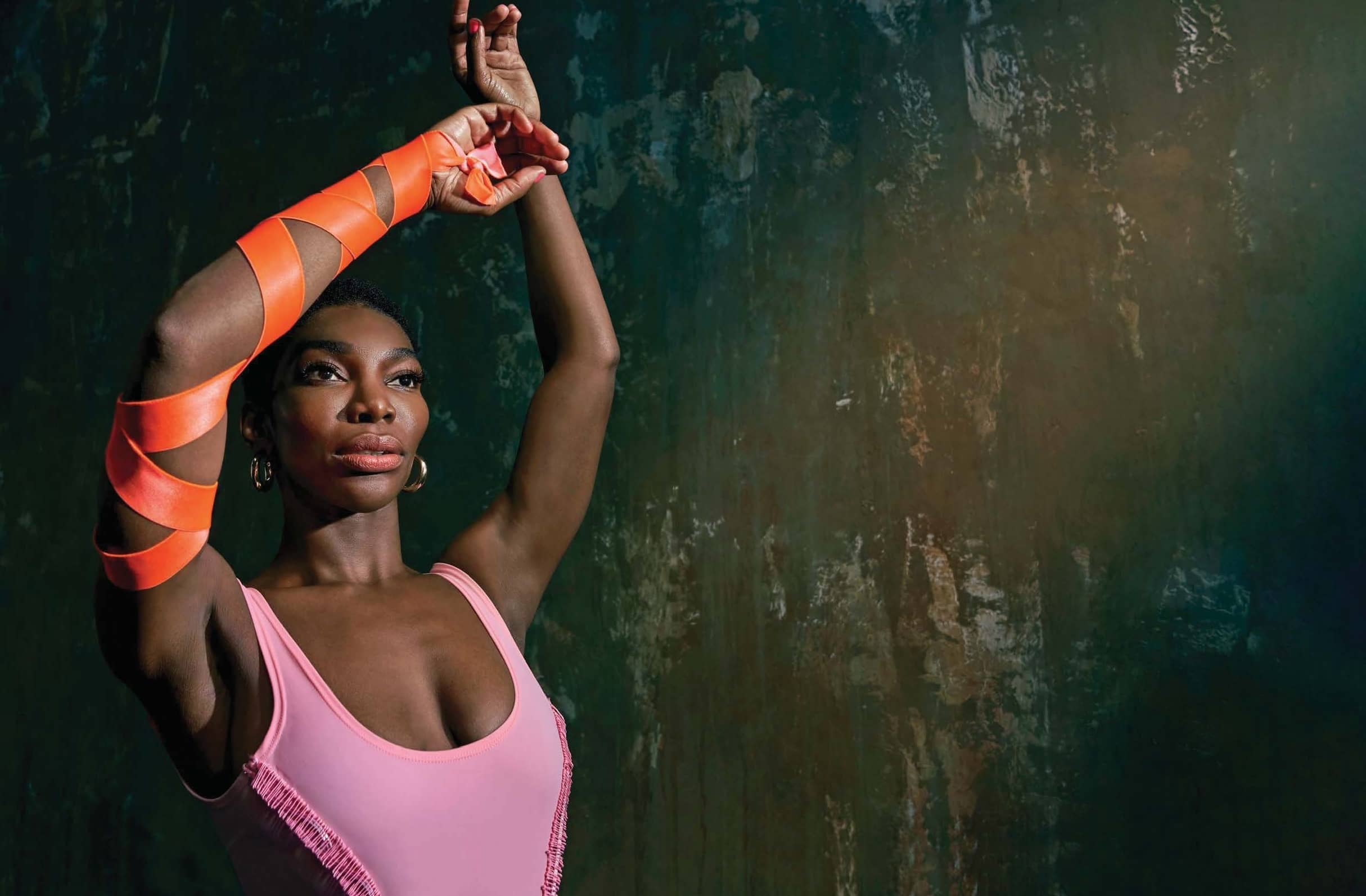 As British actress and screenwriter Michaela Coel brings her bold beauty and unapologetic talent to roles in two critically acclaimed Netflix series, her confidence and power seem unshakable. Make no mistake—they were earned.

Jeannine Amber
It’s always interesting to ask a creative person where she feels most at home. With British actress Michaela Coel, the talent behind the sitcom Chewing Gum and, most recently, the series Black Earth Rising (both available on Netflix), the answer might surprise you. Coel was born and raised in London and spent time in 2017 in her parents’ native Ghana while filming Black Earth Rising, which explores the effects of the Rwandan genocide. Yet neither England nor the West African nation inspired a sense of belonging in Coel.

Instead, she found her people in Brooklyn in 2015. She had crossed an ocean to attend the Afropunk music festival. If you’ve never been, imagine a gathering of impossibly beautiful and expressively attired Black folks in all their natural hair, shaved head, tattooed and pierced glory. It’s as if Erykah Badu, Solange Knowles and Zoë Kravitz had a party and invited all their friends. “There was art everywhere,” Coel recalls. “And so many Black people. It was the first time I was ever in the majority. I felt accepted. I arrived with my weave, but after a few hours I was like, ‘I may not need this here.’ It was the most beautiful feeling, like I was being reborn.”