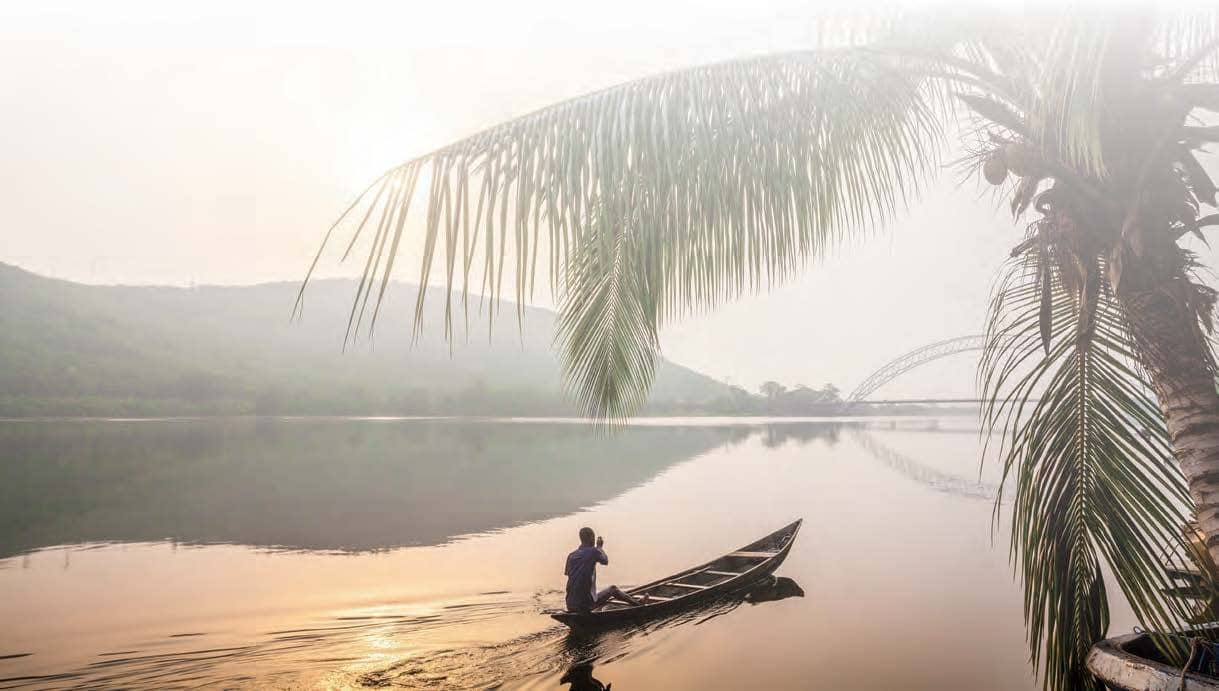 As she considers her own rich cultural heritage, a child of the African diaspora invites African-Americans to rediscover an ancestral home

In Maya Angelou’s autobiography, All God’s Children Need Traveling Shoes, she describes the revelatory experience of moving to Ghana in 1962 for three years. This is where she would form a kinship with actor Julian Mayfield and playwright Efua Sutherland and discuss politics with Malcolm X. At 33 years old Angelou joined a community of American expatriates who called themselves “Revolutionary Returnees” and embraced the pan-African movement of uniting all indigenous Africans. In Ghana Angelou explored triple consciousness as a revolutionary Black American in Africa when identifying with your roots had captured the zeitgeist of Black culture stateside.

I read the book for the first time when I was a freshman in college at Howard University; my association with Ghana had been fairly nebulous up to that point. My parents were a part of a south Florida Ghanaian association; they were constantly in contact with family members “back home”; and they freely spoke Twi, the language of our Ashanti people. I was fully aware of who I was and where my ancestors were from, but I was as consciously connected to West Africa as a Chinese-made dashiki from a Miami flea market—Ghanaianlooking on the surface but lacking authenticity in knowledge at my core. I had spent most of my life trying to blend in, treating my Ghanaianness like sharp quills of a porcupine I trimmed down to assimilate with the African-Americans and Haitians I went to high school with.

Once I finished Angelou’s book, I had an epiphany: Not only am I privileged for having strong ties to such a culturally rich nation but I also owe my ancestors the duty of fully comprehending their excellence.