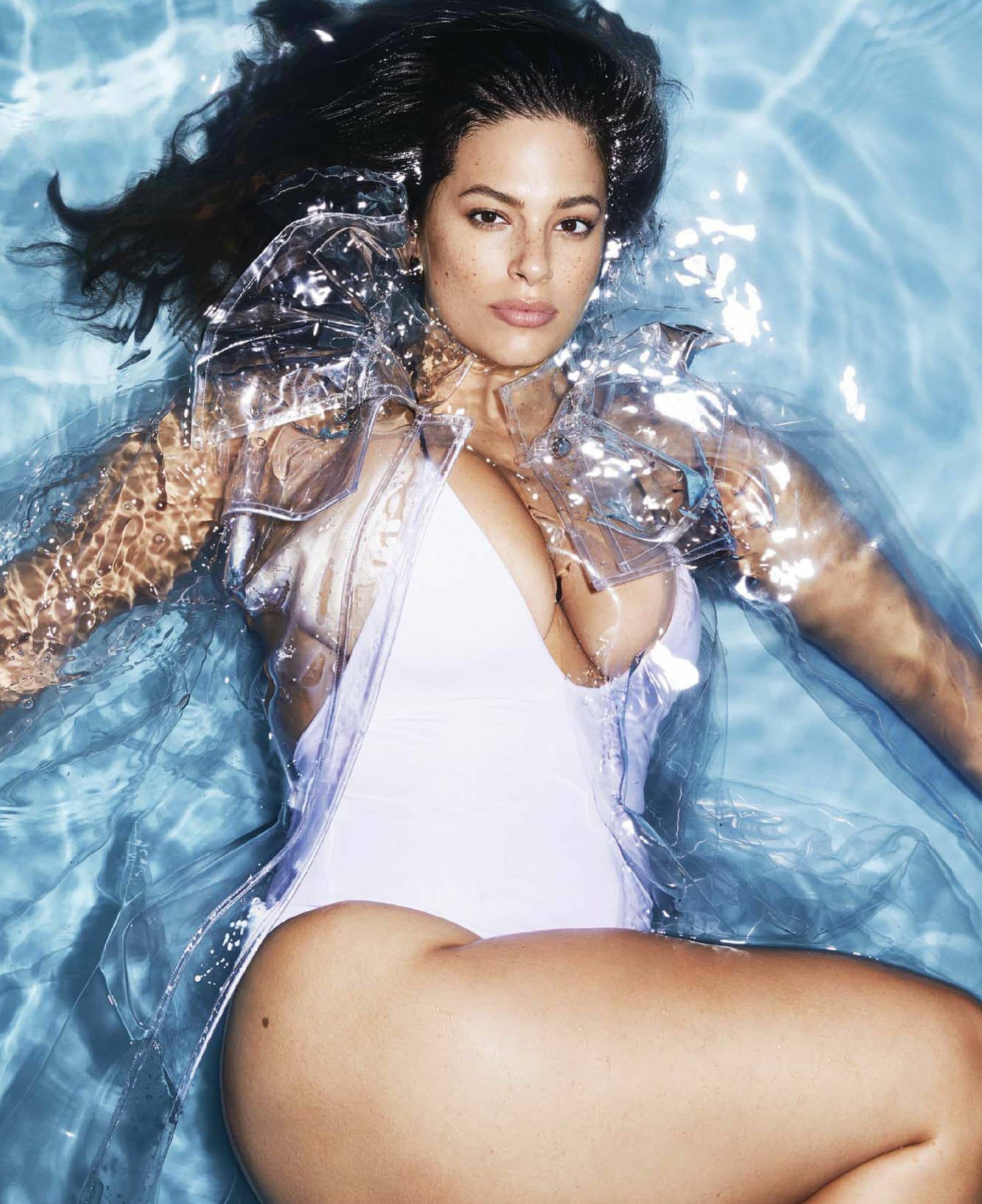 Allie Jones
“Do you need a cheerleader?” asks Ashley Graham, standing outside the celeb-friendly Dogpound gym in downtown New York. I’ve joined the supermodel and body positivity activist for her typical “off-day” morning routine: workout, breakfast, then another sweat session at an infrared sauna. I’m staring at a weighted sled outside the gym, aware that I’m supposed to push it down the street but wondering how, exactly, I’m going to accomplish this task. Graham, in leopard-print leggings and a crop top, starts jumping up and down, amping me up like a defensive coordinator on the sidelines. “Go, go, go!” she cries, and then, somehow, I’m doing it. “I told her not to go too hard on you,” she says, giggling and pointing to her trainer, Dara, who has devised today’s workout. “I want you to be able to sit on the toilet tomorrow.”

Ashley Graham, it turns out, is really funny. The 31-year-old model, who was discovered at the Oak View Mall in her hometown of Lincoln, Nebraska, when she was 12, has made a name for herself primarily as an outspoken advocate for body confidence and inclusive sizing in the fashion industry. In 2016, she became the first curvy model to appear on the cover of the Sports Illustrated swimsuit issue, and in 2017, she became the first to walk in the Michael Kors show at New York Fashion Week. In the past year, however, she’s branched out into all kinds of media, sending the message to her 7.8 million Instagram followers, and the world, that she has more to talk about than just size.

She’s launched her own podcast, Pretty Big Deal; has begun filming the feel-good talk show Fearless, for Ellen DeGeneres’s digital network; and has become the newly minted host as well as an executive producer of American Beauty Star, Lifetime’s reality-competition show that pits top hair and makeup artists against each other in a series of challenges, à la Project Runway. “There was only one person we wanted to host the new season of American Beauty Star, and that was Ashley Graham,” says Gena McCarthy, executive vice president and head of programming for Lifetime Unscripted and FYI. “Her charisma and confidence are unmatched, and her infectious personality is always inspiring.” Graham’s co–executive producer Ross Elliot sums it up thusly: “It’s the Oprah factor.”

Graham admits that she’s heard the comparison before. After our workout, we head to a small Greek restaurant for breakfast, where she tells me that she grew up wanting to be Oprah. She’s since adjusted that goal, slightly.

Last summer, she visited the Ashram, a hard-core wellness retreat in Calabasas, California, where she had one of those Oprah-patented breakthroughs. “I was hiking and listening to one of her podcasts,” she says, pulling a small spray bottle of rose water out of her navy Dior saddle bag and offering me a spritz. “One of her producers was on, talking, and she was like, ‘If I had a dollar every time someone said, “I’ve got the next Oprah,” I’d be filthy rich.’ She was like, ‘Nobody’s gonna be Oprah, because Oprah cornered a market in her time…. Nobody was talking the way she was talking on TV.’” Graham was powering through her twelfth mile on the trail, sweat pouring from her brow, and a tear rolled down her cheek, she says. “It was my aha moment. People have always put me in this box of Oprah, or Ellen, or whatever. I was like, I’m not gonna be Oprah. I’m gonna be Ashley.”

Luckily, people want Ashley in their lives. Over the last few months, she has been on a promotional tour for her new podcast, cracking up everyone she meets with unfiltered stories and advice. On a recent appearance on The Tonight Show Starring Jimmy Fallon, she freely divulged the time Kim Kardashian West picked spinach out of her teeth at the Met Gala. Then she went on Gwyneth Paltrow’s typically sedate Goop podcast and told the lifestyle mogul that praying with her husband makes her horny. Within an hour of meeting me, she explains, unbidden, exactly what happens when you get a colonic, and then casually reveals how often she poops. (Regularly, now, thanks to the colonics.)