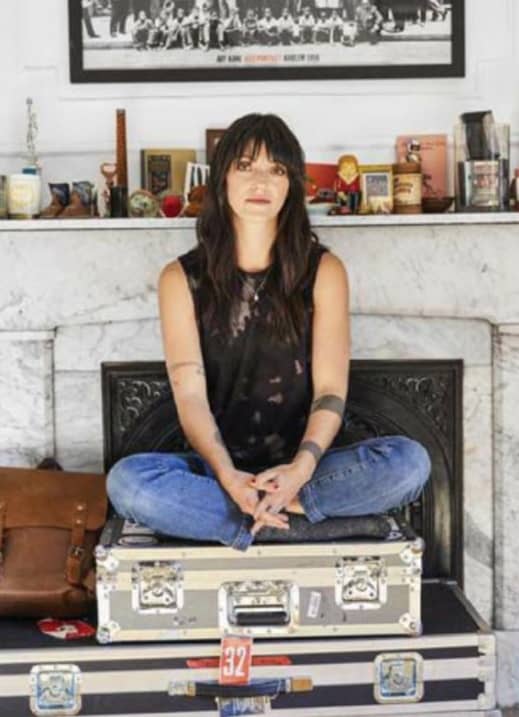 Sharon Van Etten’s first album in nearly five years swells with the intensity of finding love in a time of chaos.

Sharon Van Etten opens the door to her sunny Brooklyn townhouse and leads me upstairs, her 19-month-old son on her hip. Usually he’d be at day care, she says, filling a kettle with water, but he’s come down with a virus. We make small talk as she multitasks—gathering coffee mugs and pouring a thermos for us; warming a bottle of milk with honey for her son, who’s due to go down for a nap.

It’s been almost five years since Van Etten, 37, released Are We There, her fourth studio album of raw, brooding, folk-tinged rock. Since then, on top of having a baby with her drummer–turned–manager and partner, Zeke Hutchins, she’s written a score (for Katherine Dieckmann’s 2016 drama Strange Weather); played Rachel on Netflix’s The OA; played herself on an episode of the Twin Peaks reboot;returned to college to pursue a degree in psychology; and recorded some 40 demos, 10 of which were fleshed out for Remind Me Tomorrow, released January 18. “It’s my way of processing,” she says, her wavy brown hair backlighted by the bright fall sun, creating a halo effect. “Some people write in a journal. I just demo.”