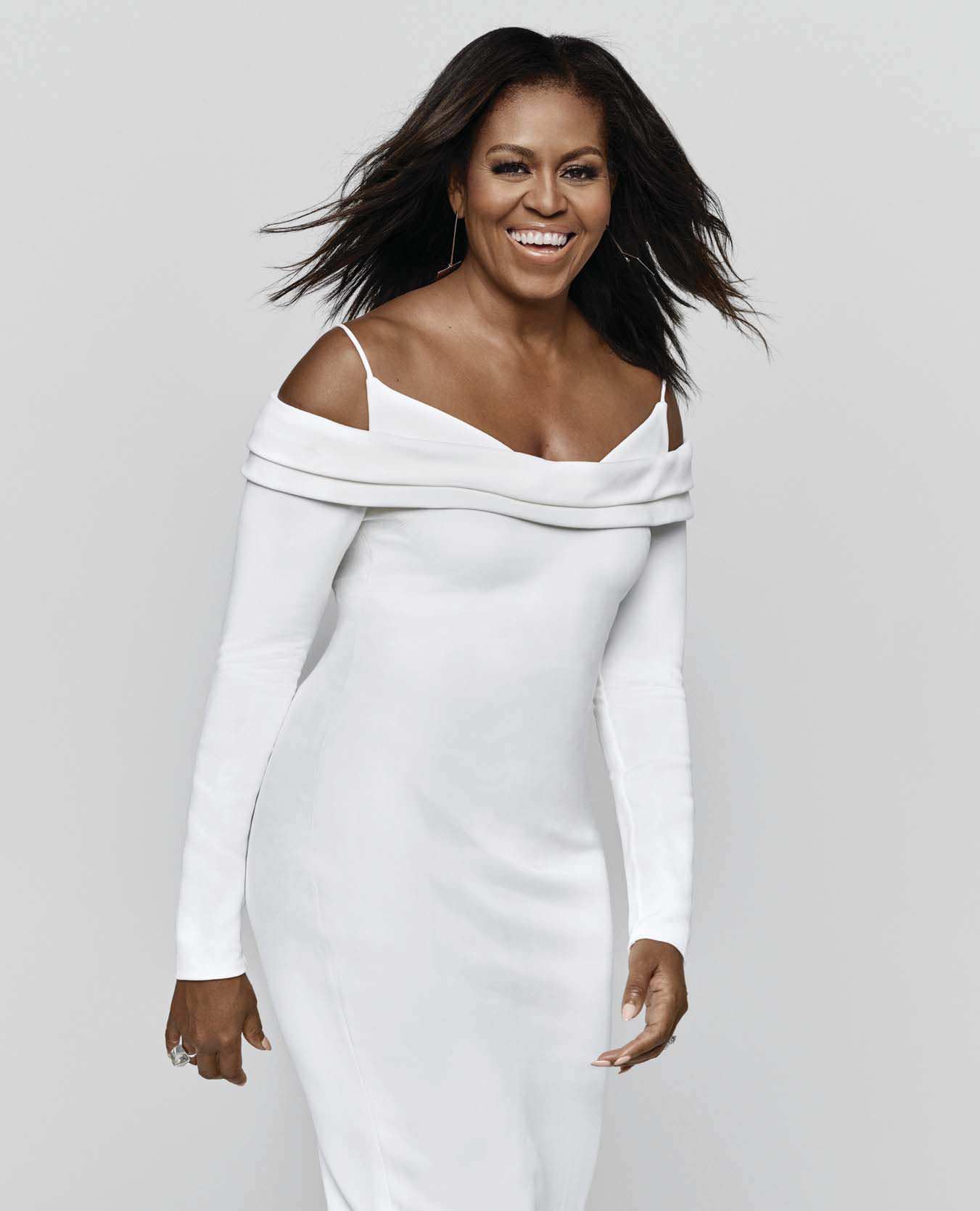 Upon the release of her highly anticipated memoir, Becoming, the former First Lady GETS CANDID with Oprah Winfrey about her STRUGGLES with Barack, the THREATS to her children’s LIVES, and HER VOW to be a FORCE FOR GOOD.

OPRAH WINFREY: First, let me just say: Nothing makes me happier than sitting down with a good read. The book is tender, it is compelling, it is powerful, it is raw. There are so many revelations in this book. Was writing about your private life scary?

MICHELLE OBAMA: Actually, no, because here’s the thing that I realized: People always ask me, “Why is it that you’re so authentic?” “How is it that people connect to you?” And I think it starts because I like me. I like my story and all the bumps and bruises. That’s what makes me uniquely me. So I’ve always been open with my staff, with young people, with my friends. And the other thing, Oprah: I know that whether we like it or not, Barack and I are role models.

OW: We’re not going to think that after reading this book. Millions of people have been wondering how you’re doing, how’s the transition, and I think there’s no better example than the toast story. Can you share the toast story?

MO: Well, I start the preface right at one of the first weeks after we moved into our new home after the transition—our new home in Washington. It’s the first regular house, with a door and a doorbell, that I have had in about eight years. The toast story is about one of the first nights I was alone there—the kids were out, Malia was on her gap year, I think Barack was traveling. As First Lady, you’re not alone much. There are people in the house always, there are men standing guard. There is a house full of SWAT people, and you can’t open your windows or walk outside without causing a fuss.

OW: You can’t open a window?

MO: Can’t open a window. Sasha actually tried one day—Sasha and Malia both. But then we got the call: “Shut the window.”

MO: So here I am in my new home, just me and Bo and Sunny, and I do a simple thing. I go downstairs and open the cabinet in my own kitchen—which you don’t do in the White House because there’s always somebody there going, “Let me get that. What do you want? What do you need?”—and I made myself toast. Cheese toast. Then I took my toast and I walked out into my backyard. I sat on the stoop, and there were dogs barking in the distance, and I realized Bo and Sunny had really never heard neighbor dogs. They’re like, What’s that? And I’m like, “Yep, we’re in the real world now, fellas.” It’s that quiet moment of me settling into this new life. Having time to think about what had just happened over the last eight years. Because what I came to realize is that there was absolutely no time to reflect in the White House. We moved at such a breakneck pace from the moment we walked in those doors until the moment we left. It was day in and day out because we, Barack and I, really felt like we had an obligation to get a lot done. We were busy. I would forget on Tuesday what had happened on Monday. I forgot whole countries I visited, literally whole countries. I had a debate with my chief of staff saying, “You know, I’d love to visit Prague one day.” And Melissa was like, “You were there.” I was like, “No, I wasn’t. Wasn’t in Prague, never been to Prague.” She had to show me a picture of me in Prague for the memory to jog. So the toast was the moment that I had time to start thinking about those eight years and my journey of becoming.

OW: In reading the book, I can see how every single thing you’ve done in your life has prepared you for the moments ahead. I do believe this.

MO: That’s if you think about it that way. If you view yourself as a serious person in the world, every decision that you make really does build to who you are going to become.

OW: Yes, and I can see that from you in the first grade. You were an achiever with an A+++ attitude.

MO: My mother said I was a little extra.

OW: Getting those little gold stars meant something to you.

MO: Yeah. Looking back, I realized there was something about me that understood context. My parents gave us the freedom to have thoughts and ideas very early on.

OW: They basically let you and Craig figure it out?

MO: They did. And what I realized was that achievement mattered, and that kids would get tracked early, and that if you didn’t demonstrate ability—particularly as a black kid on the South Side from a workingclass background—then people were already ready to put you in a box of underachievement. I didn’t want people to think I wasn’t a hardworking kid. I didn’t want them to think I was “one of those kids.” The “bad kids.” There are no bad kids; there are bad circumstances.

MO: Oh, first grade. I could see my neighborhood changing around me. We moved there in the 1970s. We lived with my great-aunt in a very little apartment over a home she owned. She was a teacher, and my great-uncle was a Pullman porter, so they were able to purchase a home in what was then a predominantly white community. Our apartment was so small that what was probably the living room was divided up into three “rooms.” Two were me and my brother’s; each fit a twin bed, and it was just wood paneling that separated us—there was no real wall, we could talk right between us. Like, “Craig?” “Yep?” “I’m up. You up?” We would throw a sock over the paneling as a game.

OW: The picture you paint so beautifully is that the four of you—you, Craig, and your parents—each was a corner of a square. Your family was the square.