Cher - No Turning Back 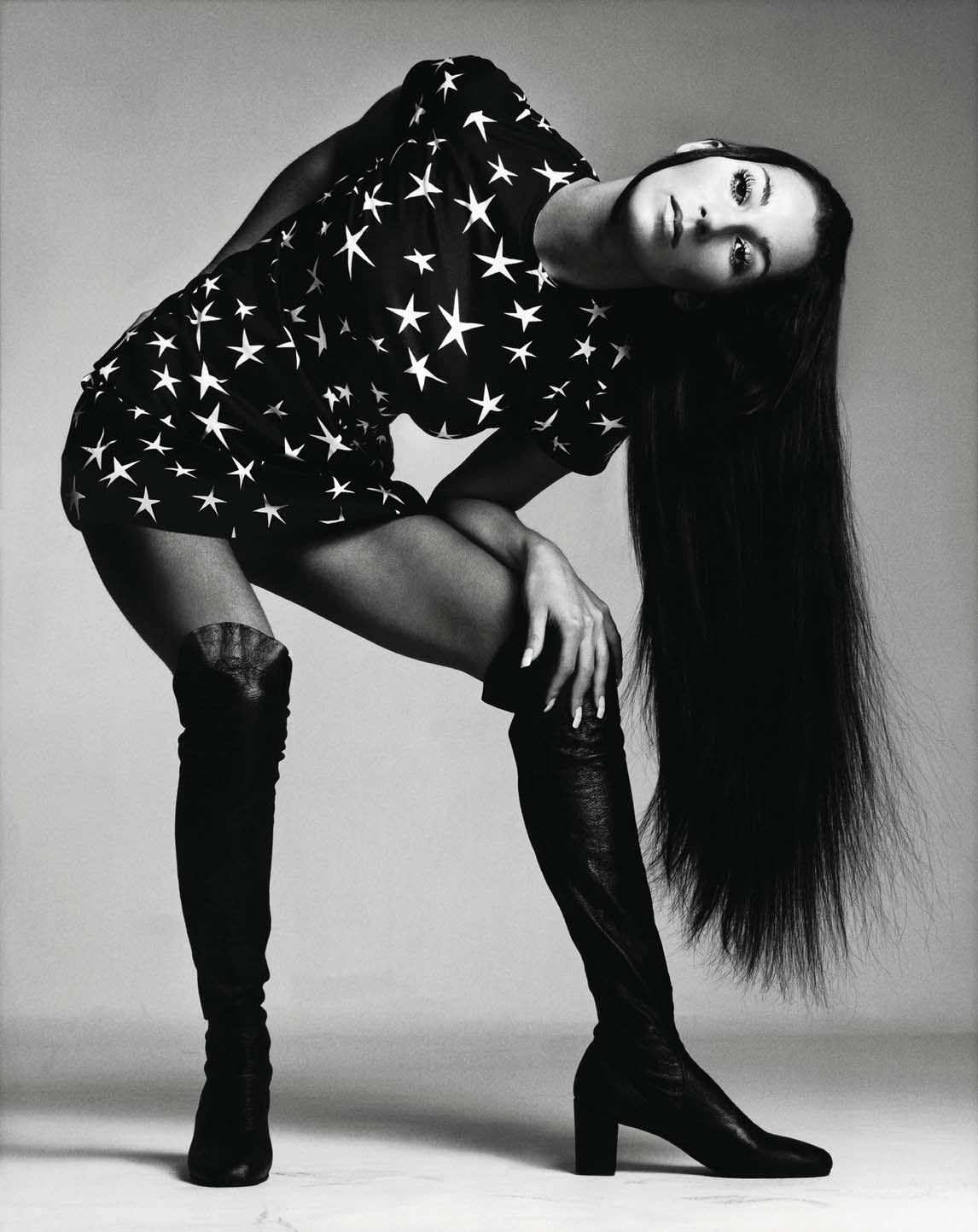 On the eve of her new Broadway musical, Cher opens up to Abby Aguirre about a singular life filled with love, failure, loss and success beyond imagination

Have you ever stopped to think about Cher? You are aware of her, of course, the way you are aware of the sun, with its blinding light, its rising and setting. But have you ever considered the totality of Cher—not just the celestial body herself, and not just the epic arc she has traveled, but the sheer range of stellar explosions she has undergone?

Let’s review. She became famous as half of Sonny and Cher in 1965, at the age of 19. They sold millions of records, morphed into a lounge act, then drew more than 30 million viewers a week on their hit show, The Sonny & Cher Comedy Hour. Cher launched a solo career on the side, releasing three number-one singles: “Gypsys, Tramps & Thieves,” “Half Breed,” and “Dark Lady.” After divorcing Sonny in 1975, she starred in her own damn TV show, thank you very much, which was called—what else?—Cher.

Many more Chers followed. There was Disco Cher, Roller-Skating Cher, Punk Cher, and Rock ’n’ Roll Cher. There was also, in the ’80s, Best Actress Cher, who starred opposite Meryl Streep in Silkwood, Jack Nicholson in The Witches of Eastwick, and Nicolas Cage in Moonstruck. She rounded off the decade with one of her biggest hits yet, “If I Could Turn Back Time,” introducing the world to Battleship-Thong Cher. She has long been regarded as a fashion icon. Cher was the first megastar to wear a “naked dress,” and she did so in the ’70s, four decades before Rihanna, J-Lo, and Kim Kardashian.

In fact, we are currently in the early stages of a new version of Cher. Did you notice how July’s Mamma Mia! Here We Go Again cameo segued into September’s surprise ABBA tribute album? Those amuse-bouches will soon culminate in The Cher Show, a jukebox musical set to open on Broadway this month.

It is only when I set foot in her presidential suite at the Sunset Marquis one balmy night in September, and begin climbing a grand spiral staircase, that it hits me: Wait, Cher is also an actual human?

But there she is, standing at the top of the stairway, wearing a black blouse, black pants, and black boots, all of which amplify an unearthly glow emanating from her porcelain face and platinum bob. She has been interviewed all day long, by many different people. I gather that most, if not all, of those people were men, because as I enter her line of sight and extend my hand to shake hers, Cher beams a cheeky smile and exclaims, “A woman!”

Talking to Cher is both shocking and not, because she is exactly who you expect her to be, and also its opposite. She is the same woman who called David Letterman an asshole on the air and, more recently, offered this critique of Paul Manafort on Twitter: “FYI…Manafort… John Gotti called…he wants his look back!!” When I ask if she has ever met Donald Trump, she says she doesn’t think so, then adds: “I do remember seeing him once in a place I used to go to and thinking, ‘God, what an idiot.’ And all he was doing was walking around.”

About the genesis of the musical, she explains that a producer first approached her with the idea more than a decade ago, “but then that script was terrible.” It has taken years to develop the show, and she is still working with its writers to get the script right. “I’m fussy ’cause it’s my story,” Cher says. “I want it to be honest and right and funny and sad, like my life.”

While you might guess a personality as strong as Cher would suck the oxygen out of any room, her physical presence—we are now in a small den on the second floor of her suite, sitting alone on a leather couch next to a grand piano—is quiet, still, calm, even delicate. The word vulnerable also comes to mind, yet does not feel quite right, since it is so often taken to mean “weak.” It’s rather that Cher is open and listening, and thus exposed. If in her work she is on output, in person she is on input. Powerful but not overpowering.

Nicolas Cage gets at this quality when I ask him to describe her acting talent. “Cher is a person with a huge heart, and that really comes through not only in her music but as a screen performer. She has an extraordinary blend of strength and vulnerability on-camera,” he says. Micaela Diamond, the 19-year-old actor who plays a young Cher in the new musical, used this quality in her own interpretation of the star. “I just tried to find her superpowers. My favorite superpower of hers is her combination of power and vulnerability. To be so vulnerable and yet have the most power in the room, that’s a really hard place to stand in. She was born with that.” There is a unique irresistibility to Cher; she is both otherworldly