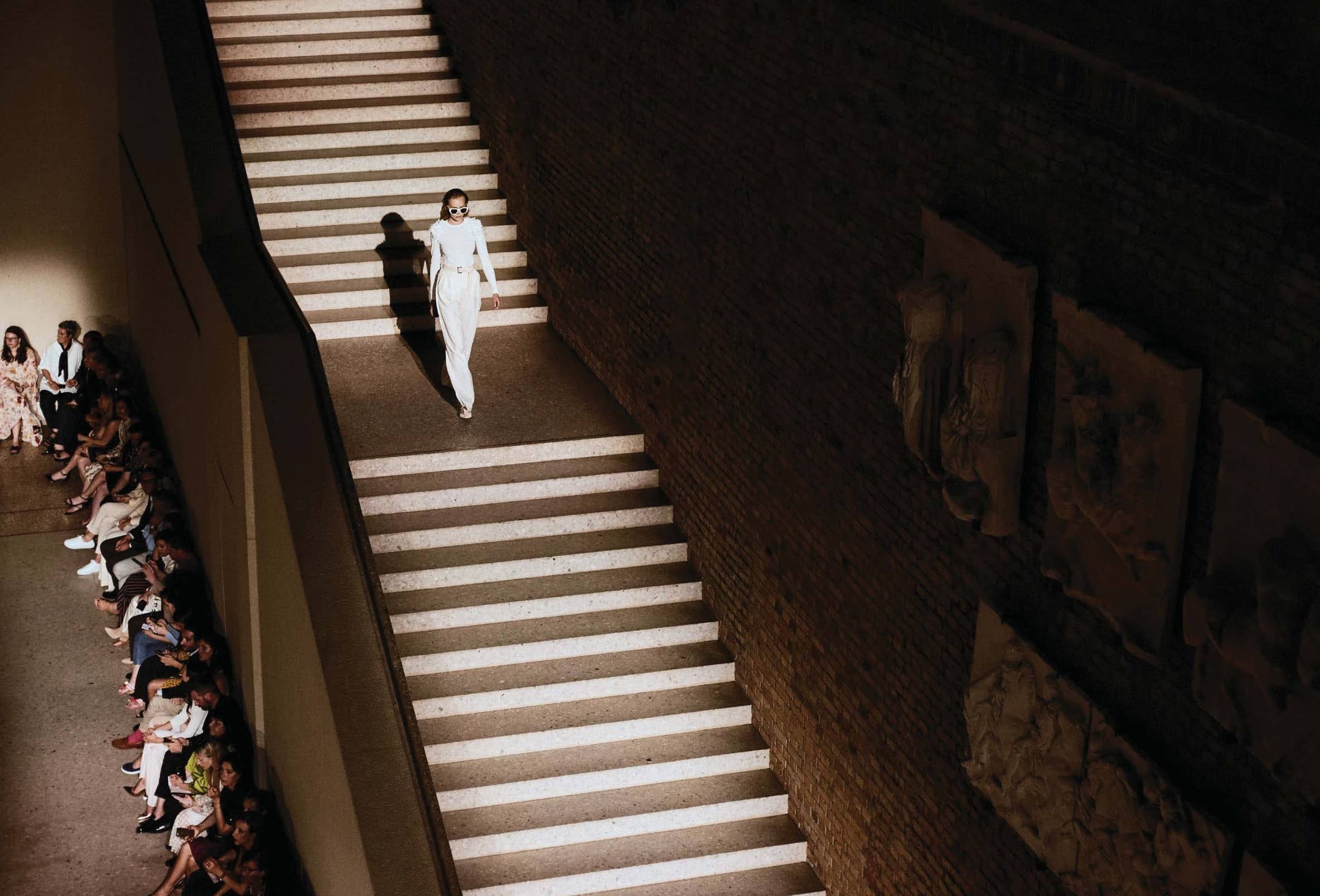 In a sprawling gallery in the heart of Berlin, Max Mara staged a classic-with-a-twist resort 2020 show, inspired by Marlene Dietrich and David Bowie. Artist Kiri-Una Brito meumann travelled to Germany to find the nexus point where fashion meets art

David Bowie once called Berlin “the greatest cultural extravaganza that one could imagine”. Ian Griffiths – a man whose office on the Piazza Del Liberty in Milan is littered with images of the late musician – has long felt the same. “I have to confess a personal interest because it’s always been on my wish list to do something in Berlin,” admits the long-time creative director of Max Mara. “Ever since I was a student in London when Bowie was spending three or four of his most creative years in Berlin, I’ve been drawn to it.” Griffiths’ long fascination with the city – alongside the 30th anniversary of the fall of the Berlin Wall – inspired his decision to hold Max Mara’s resort 2020 show in the German capital, staging a magnificent runway event in the sprawling Neues Museum. 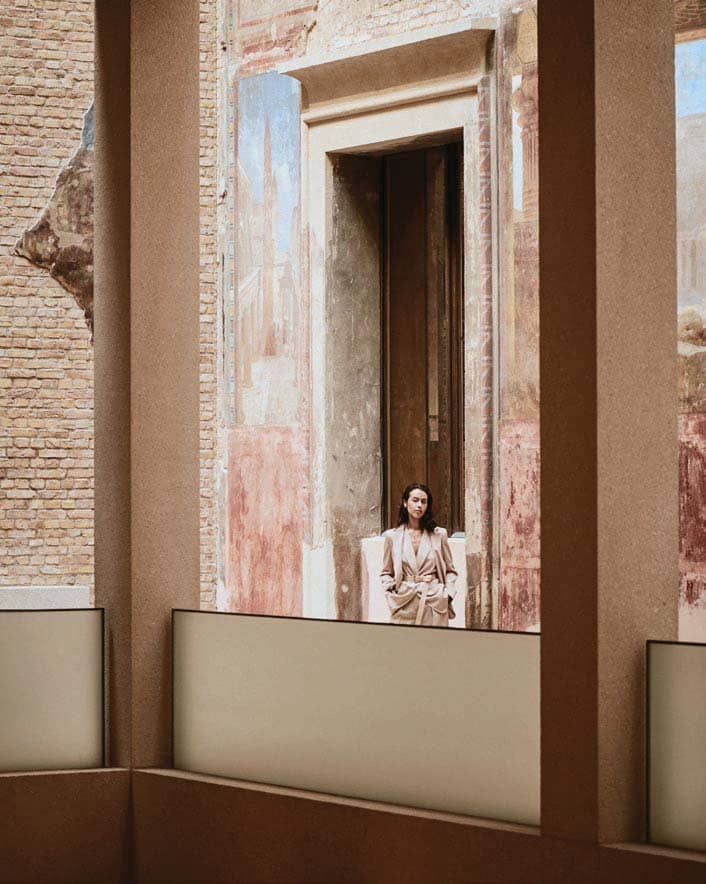 The location served as a stunning backdrop, but it was also chosen for more metaphorical reasons. Originally built in the mid-1800s, the museum was closed during WWII after bombing obliterated huge swathes of the building. Following a modern redesign by famed architect David Chipperfield, it reopened in 2009 and became a melting pot of old and new art, housing a range of pieces including Stone Age artifacts and ancient Egyptian artworks, such as the iconic bust of Nefertiti.

“The Neues Museum felt like a beautiful metaphor for the renaissance of this city,” says Griffiths. “Chipperfield left the signs of abandonment and decay from the bombing during the war on show, and he built this incredibly minimalist sculpture around it. At a time when people are talking about building walls, it seemed like a good opportunity to showcase what happens when you demolish a wall and make a country more united.”