When I Was A Teen Reality Star 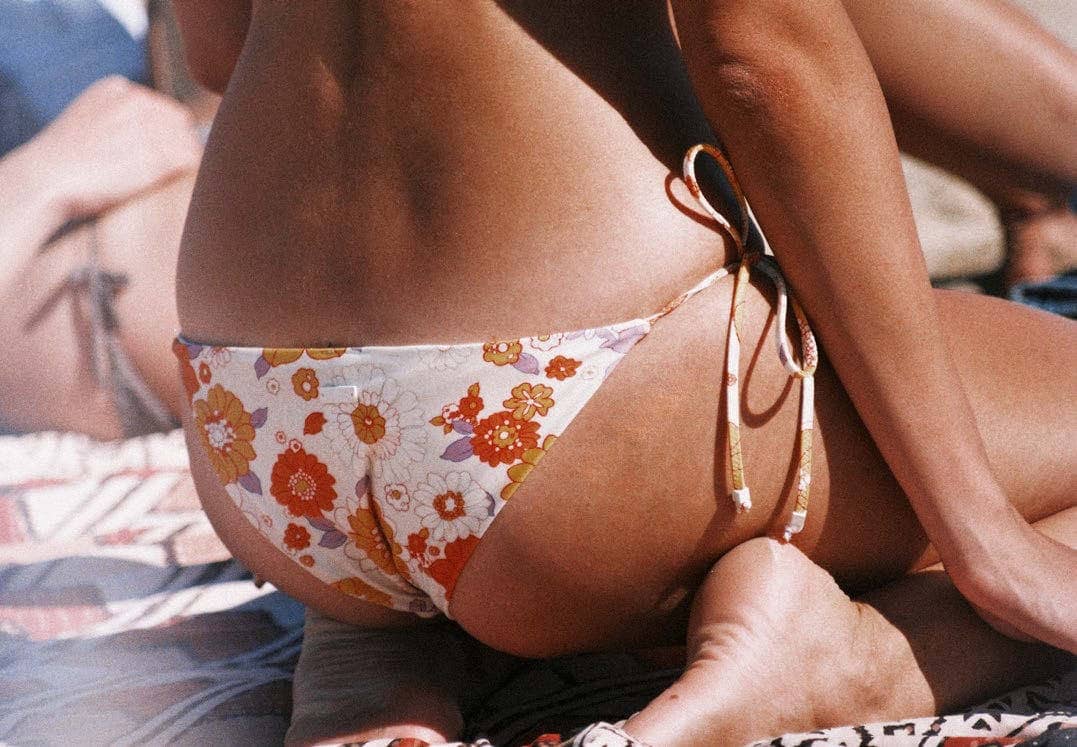 BEFORE JIA TOLENTINO BECAME A WRITER AT THE NEW YORKER AND A BESTSELLING AUTHOR, SHE COMPETED IN A REALITY SHOW SHE BARELY REMEMBERS. HERE, SHE REFLECTS ON WHAT IT’S LIKE WATCHING YOUR TEEN SELF ON SCREEN.

UNTIL RECENTLY, one of the best-kept secrets in my life, even to myself, was that I once spent three weeks when I was 16 filming a reality TV show in Puerto Rico. The show was called Girls v. Boys: Puerto Rico, and the concept was exactly what it sounds like. There were eight cast members total – four boys, four girls. We filmed on Vieques, a four-mile-wide island, rough and green and hilly, with wild horses running along the white edges of the beach. The show was built around periodic challenges, each team racking up points toward a $50,000 jackpot. Between competitions, we retreated to a pale-blue house strung with twinkly lights and generated whatever drama we could.

My school let me miss three weeks of high school to do this, which still surprises me. It was a strict institution – the handbook prohibited sleeveless shirts and homosexuality – and though I was a good student, my conduct record was iffy. But, according to rumour, the tiny Christian institution had already sent an alumnus to compete on The Bachelorette. There was something, maybe, about that teenage religious environment, the way everyone was always flirting and posturing and attempting to deceive one another, that set us up remarkably well for reality TV.

In any case, I told the administrators I hoped to “be a light for Jesus, but on television”, and got their permission. In December 2004, I packed a bag full of graphic tees and handkerchief-size denim mini-skirts and went to Puerto Rico, and in January I came back blazing with self-enthrallment – salt in my hair, as tanned as if I’d been wood-stained. I invited friends over to watch the first episode, and felt gratified but also deeply pained by the sight of my face on a big screen. When I went off to college, I felt this was a good opportunity to shed my televised self like a snakeskin. It took me 13 years, and an essay idea, to finally finish watching the show.

AUDITION TAPES: ACE, a black skater bro in New Jersey, does kickflips in a public square; JIA, a brown girl from Texas, says she’s tired of being a cheerleader; CORY, a white boy from Kentucky, admits he’s never been kissed; KELLEY, a blonde from Phoenix, does crunches on a yoga mat, looking like Britney Spears; DEMIAN, a boy from Vegas with a slight Mexican accent, wrestles his little brother; KRYSTAL, a black girl with a feline face, says she knows she seems stuck-up; RYDER, a California boy with reddish hair and ear gauges, says he knows he looks like Johnny Depp; PARIS, a tiny blonde from Oregon, says that she’s always been a freak and she likes it that way.

Six teens assemble on a blinding tarmac under blue sky. The first challenge is a race to the house, which the boys win. JIA and CORY arrive late, nervous and giggling. Everyone plays Truth Or Dare (it’s all dares, and every dare is to make out). In the morning, the contestants assemble in front of a long table for an eating race: mayonnaise first, then cockroaches, then hot peppers, then cake. Girls win. That night, KELLEY gives CORY his first-ever kiss. Everyone is wary of PARIS, who has an angel’s face and never stops talking. In the third competition, inner-tube [water] basketball, girls lose.

My reality TV journey began on a Sunday afternoon in September 2004, when I was hanging around the mall with my parents, digesting a large portion of fettuccine Alfredo from California Pizza Kitchen and waiting for my brother to get out of hockey practice at the rink. Fifty feet away from us, next to a booth that advertised a casting call, a guy was approaching teenagers and asking them to make an audition tape for a show. “There was a cardboard cut-out of a surfboard,” my mum told me recently, remembering. “And you were wearing a white tank top and a Hawaiian-print skirt, so it was like you were dressed for the theme.” On a whim, she suggested I go over to the booth. “You were like, ‘No! Ugh! Mum! No way!’ You were so annoyed that we sort of started egging you on as a joke. Then Dad pulled out 20 bucks from his wallet and said, ‘I’ll give you this if you go do it,’ and you basically slapped it out of his hand and went over and made a tape and then went shopping or whatever you wanted to do.”

When I was cast, my mum was suddenly hesitant; she hadn’t expected that anything would actually come of it. But that year she and my dad were often absent, distracted. At the time, rather than probe for the larger cause of their scattered attention, I preferred to take advantage of it to obliterate my curfew and see if I could wheedle 20 dollars here and there to buy going-out tops from Forever 21. I told my mum that she had to let me go, since it had been her idea for me to audition. Eventually she acquiesced.

For most of my life I’ve believed, without really articulating it to myself, that strange things just drop into my lap – that, especially because I can’t really think unless I’m writing, I’m some sort of blank-brained innocent who’s repeatedly stumbled into the absurd unknown. If I ever talk about Girls v. Boys, I say I ended up on the show by accident, that it was completely random, that I only auditioned because I was a teenage dumbass killing time at the mall.