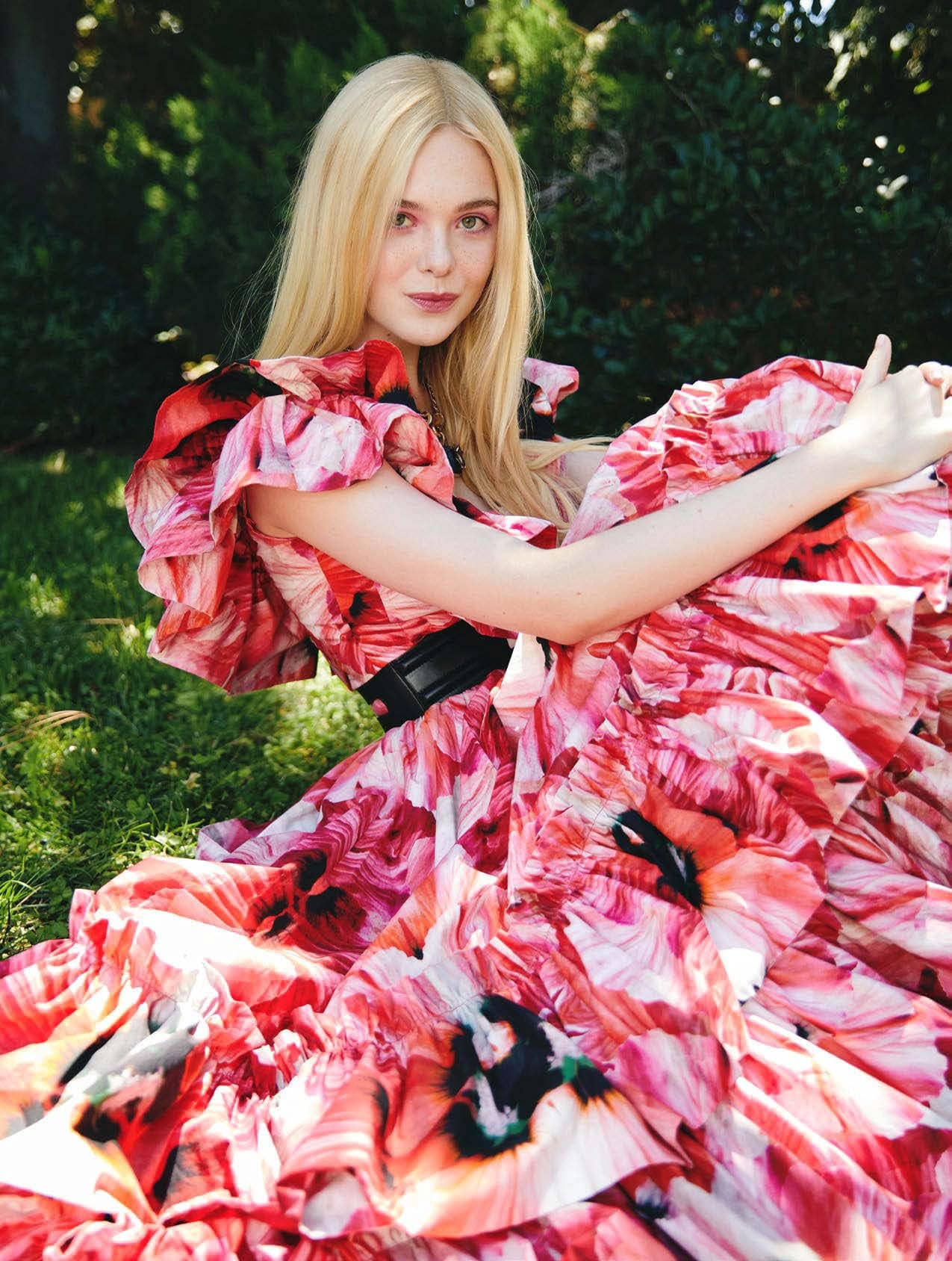 SHE TAKES BOXING CLASSES WEARING PINK GLOVES, HAS A CRUSH ON JOHNNY CASH AND HER FAVOURITE KARAOKE SONG IS “SUMMER NIGHTS” FROM GREASE. ELLE FANNING IS A PICTURE-PERFECT DISNEY PRINCESS – AND A WHOLE LOT MORE BESIDES.

Hannah James
YOU COULD FORGIVE ELLE FANNING FOR BEING A TOUCH BLASÉ. This is a woman who had acted in 10 movies, 11 TV shows, two shorts and lent her voice to a cartoon... all before she was 10. By age 12, The New York Times had printed a rapturous profile of her. Most years, she stars in two or three films – some years, even four. The highs and lows of Hollywood could easily have taken their toll on a young actor. But in reality, Fanning is a ray of sunshine.

“In this industry, you have to make things really special,” she says. “I always try to hold on to that – each moment is so amazing, and you never know if it’s going to be taken away from you. It’s important nothing feels like, ‘Done this, done that.’ That’s not a good way to be.” And she isn’t. “I love smiling, I love laughing – I’m a very animated, excited human. There’s this childlike essence to me that I don’t ever want to get rid of.”

Childlike, maybe. But she handled the tricky transition from child actor to respected veteran (at 21, she’s been in the business for 19 years) with aplomb, showing she’s capable of playing difficult, complex roles with a skill that’s seen her garner Oscar buzz. And yet she never gives the impression that she’s playing Hollywood power games. Instead, Fanning retains a pure passion for the job that makes her a natural choice to play the quintessential Disney princess, Sleeping Beauty (aka Aurora). First taking on the role in 2014’s Maleficent, she’s now returned to the screen for the second instalment, Maleficent: Mistress Of Evil. “It’s the first sequel I’ve ever done, so it’s the first character I’ve played twice,” she says. “Aurora has grown – she’s looking at a new chapter in her life, young womanhood, and the struggles with that, and finding her strengths.” The parallel with her own life is hard to escape – and Fanning is too smart to even try. “The first Maleficent, I was 14 when I did that, now I’m 21. And I’ve grown as a person, too. I’ve been on a lot more movie sets since then and learnt so much more.” 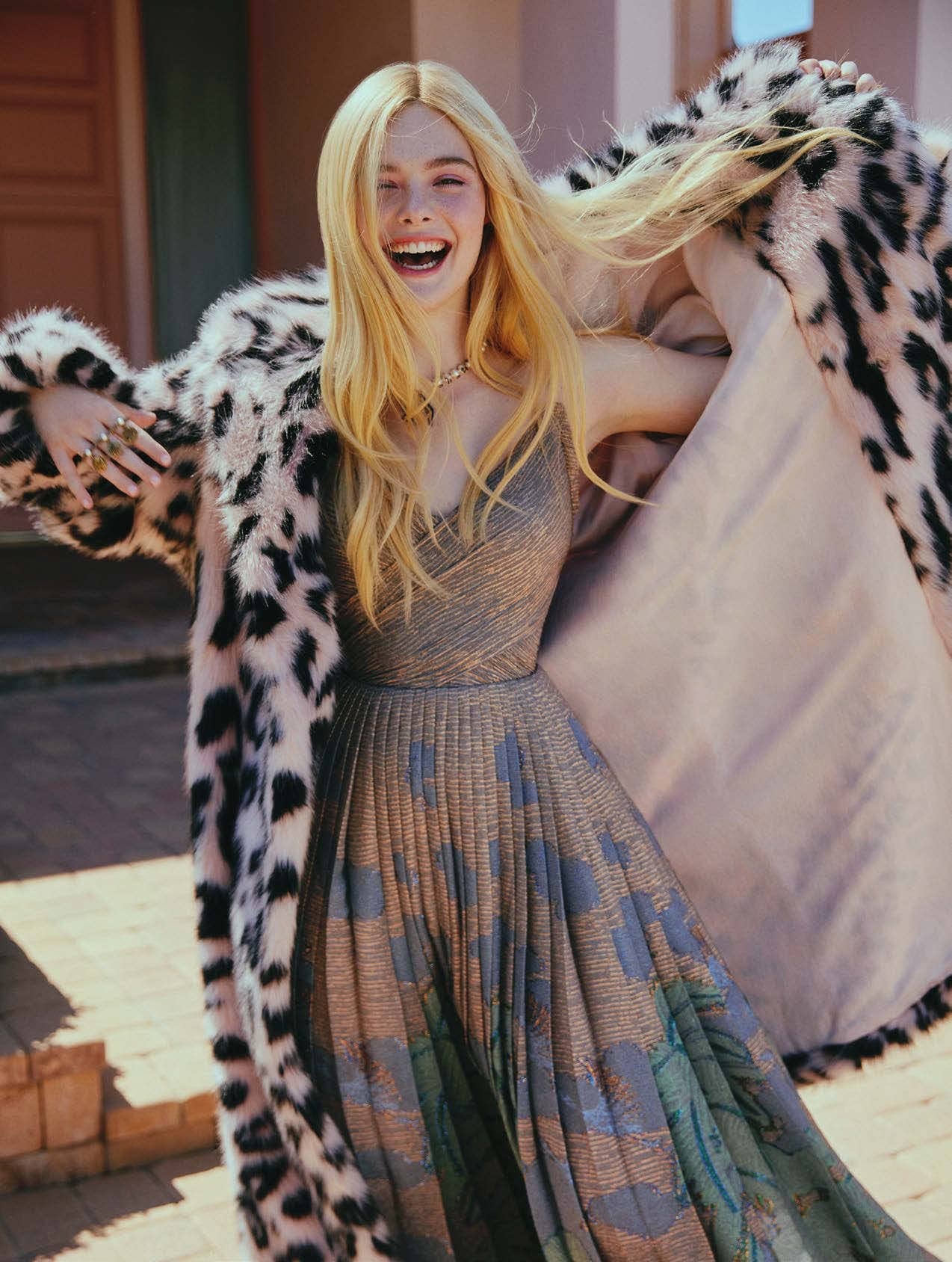 Mistress Of Evil has a seriously impressive cast list: Angelina Jolie repeats her iconic role as Maleficent, and Michelle Pfeiffer joins as her counterpoint. “It was very inspiring for me to see these two women who have been acting for so long and been on so many sets, and they’re still really excited by it,” says Fanning. “They still want to play and dress up – they’re not afraid to go there and have a good time.”