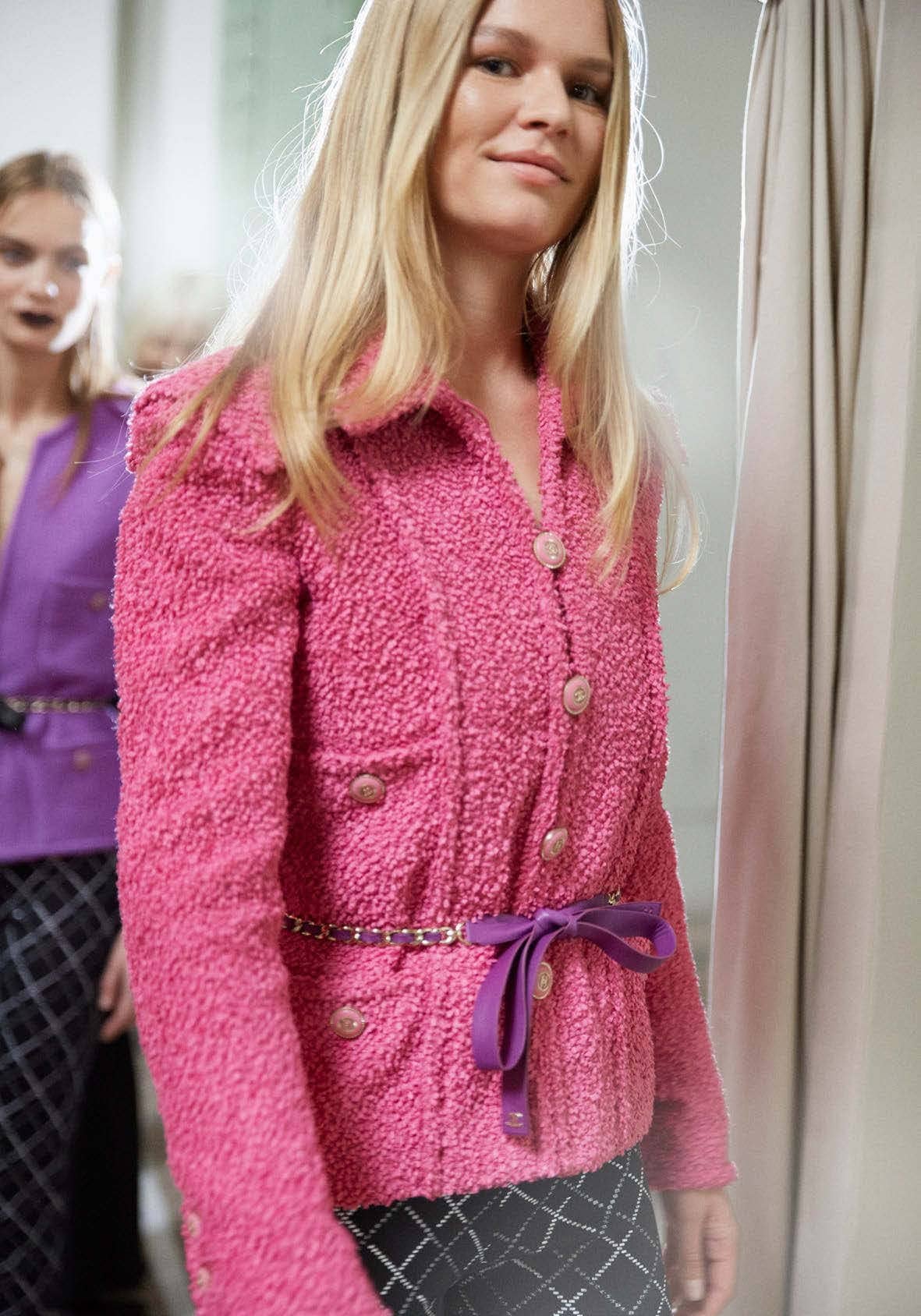 IN THE ICONIC GRAND PALAIS, VIRGINIE VIARD DEBUTED HER FIRST COLLECTION FOR CHANEL SINCE PICKING UP THE BATON FROM HER LONG-TIME MENTOR KARL LAGERFELD. ELLE’S GRACE O’NEILL WAS FRONT AND CENTRE FOR A MOMENT OF FASHION HISTORY.

WHAT IS CHANEL WITHOUT KARL LAGERFELD? For more than three decades the Kaiser of the international fashion world developed a personal brand so remarkable that a Chanel show without his presence – slim-fitted suit, burst of white hair, darkened sunglasses – felt inconceivable. When he passed away in February, aged 85, he died as one of the industry’s most enduring icons. I learnt about his death from a unique vantage point – at London Fashion Week, where the news ricocheted through everybody’s iPhones and turned the fabulously dressed attendees sombre and still. How to make sense of a brand so intrinsically tied to its designer? What did a post-Lagerfeld fashion world look like?

These were the heavy questions hanging over Virginie Viard’s official debut in May, when the cruise 2020 collection was shown in Paris. Viard worked with Lagerfeld for more than 30 years, beginning her career as a Chanel intern in the late ’80s. She followed Lagerfeld to Chloé in 1992, then came back with him to Chanel five years later, coordinating haute couture and, eventually, also overseeing ready-to-wear. Viard was responsible for taking Lagerfeld’s sketches and turning them into fully realised collections. He once described her as “my right hand and my left hand”. 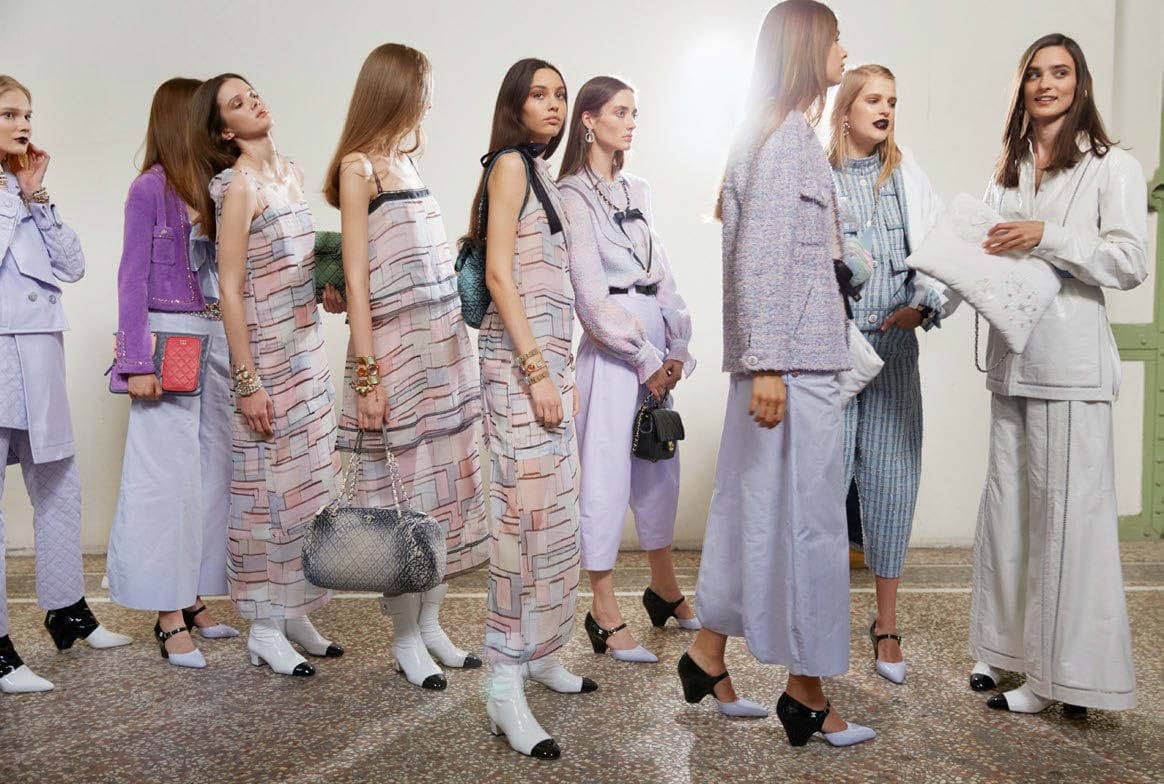