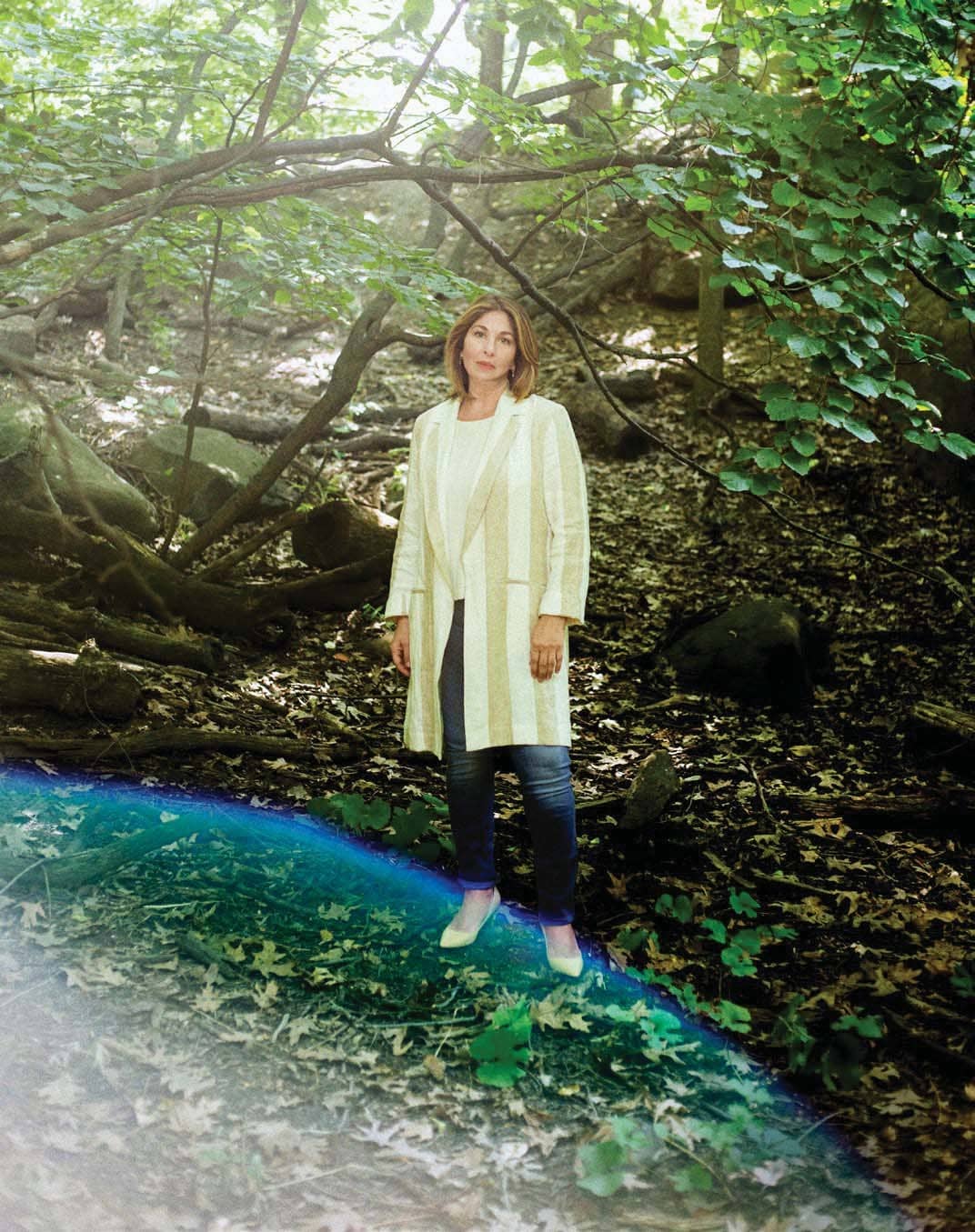 There are people who can see into the future, people whose visionary work will be shaping our culture for years to come. We meet three of them

THE PROPHET of doom and hope

FOR 20 YEARS, NAOMI KLEIN HAS BEEN ON A CRUSADE AGAINST SOCIETY’S ILLS. TODAY, THE STAKES ARE HIGHER: SHE’S TRYING TO SPARK A CHARGE AGAINST GLOBAL WARMING AS WE DRIVE TOWARDS THE CLIFF

Naomi Klein makes her way through the crowd outside the Bloor Street United Church in Toronto. There are people chalking slogans on the pavement and a contingent wearing neon-pink “Justice For Foodora Couriers” T-shirts. All are there for an event titled A Green New Deal For All, at which the last speaker will be Klein, an author, an intellectual and environmental activist who is often deemed one of the leading progressive voices of our time.

Klein has been in the public eye since 2000 when her first book No Logo: Taking Aim At The Brand Bullies, an account of sweatshops, marketing and the rise of anti-corporate resistance, established her as a prodigiously capable systemic thinker and a writer of uncommon prescience. When she told people she was writing a book about anti-corporate activism, they would respond, “What anticorporate activism?” “These were the ’90s,” she says. “This was the boom years.” But the book, with its explicit critique of free trade, was at the printer when upwards of 40,000 activists convened on Seattle in November 1999 for raucous protests of that year’s World Trade Organisation conference. There are now more than a million copies in print.

Her subsequent book The Shock Doctrine: The Rise Of Disaster Capitalism, a scathing indictment of free-market fundamentalism as a system that further enriches the already rich, was published in 2007. A year later, the US economy collapsed. “If [it] had come out in 2009, it would have been an explanation of everything that was happening,” says Avi Lewis, Klein’s husband, and collaborator. “Instead, it was like a foretelling.”

More recently, Klein has focused on climate change. “People sometimes ask, ‘What’s your next thing?’” she says at our meeting in a coffee shop. “I’m like, ‘There’s no other issue. This is it.’” The central thesis of this work is that our economic system has put us on a collision course with the planet’s natural systems and that in order to stave off a crisis, we must embrace widespread economic and social change. When she took this up as a subject, there were relatively little grassroots environmental activism. But the same week that her 2014 book This Changes Everything: Capitalism Vs The

Climate was released, an estimated 600,000 people participated in the People’s Climate March – the largest such demonstration in history. And her latest book, On Fire: The (Burning) Case For A Green New Deal, a collection of essays and speeches addressing climate change, came out in September last year, six days before the United Nations Climate Action Summit in New York. “She’s a visionary,” says Eve Ensler, a playwright, and friend of Klein’s.

Klein not only spotted the early stirrings of the reinvigorated green movement but helped shape it, too. Varshini Prakash, a co-founder of the Sunrise Movement, which kicked off the push for the Green New Deal – the proposed US legislation aimed at addressing climate change – says This Changes Everything was “a hugely important book to understand the connections between climate, the economy, and social justice”. Sam Knights, who helped establish Extinction Rebellion, a UK-based group that organizes acts of civil disobedience to raise awareness of the climate, told Britain’s The Times the book brought him to tears. “It was almost a physical, visceral response to this emergency,” he said. The environmentalist Bill McKibben, a friend and colleague (Klein sits on the board of directors of his climate organization, 350.org), has called her “the intellectual godmother of the Green New Deal – which just happens to be the most important idea in the world right now”.

At the Bloor Street event, which is filled to capacity, this sense of urgency is palpable. But while Klein acknowledges the challenges are immense, her speech is optimistic. She lays out the reasons that a Green New Deal-Esque plan, which would invest in green infrastructure and renewable energy to transition the economy off fossil fuels and build a more equitable world, is both economically beneficial and financially feasible. The greatest challenge, she adds, is the feeling of hopelessness. “It’s a feeling that it’s all too late [and] that we aren’t good enough to do this,” she says. “But something is shifting… The center is collapsing, yes, and the right is rising to fill that vacuum, but they are not the only political force that is surging – there is also us.”

The question of how to maintain hope in the face of climate change was what I’d most wanted to ask Klein. Last October’s report from the UN’s Intergovernmental Panel On Climate Change declared that the world was on track to hit 1.5 degrees Celsius of warming above preindustrial levels by 2040, worsening drought, wildfires and poverty for millions and that at least 50 million people could be displaced by coastal flooding. Only by cutting our greenhouse gas emissions by 45 percent by 2030, it said, could we avoid further warming.

In her books, Klein recognizes the difficulties but suggests they can be overcome. At the coffee shop, though, she was less sanguine. “I have some hope,” she says. “I [also] have a lot of raw terror. I mean, I’m not even primarily scared of climate change. I’m scared of what scarcity looks like in culture and economic system as brutal as ours.” The question we face now, she says, is whether we’re going to hoard, or find new ways to live together. “So yeah, my relationship with hope, I mean, honestly, I’m not in a terrific place with it. But I just feel like, what are you going to do? I’ve got a kid, you know? Do you just give up?”

Klein has never liked marching or chanting, but she’s increasingly involved in climate activism. In 2011, she was arrested for the first time, protesting the Keystone XL oil pipeline in the US. She was instrumental in developing the divestment movement, which has led to a reported $16 trillion being disinvested from fossil fuels. In November 2016, she flew to Australia to receive the Sydney Peace Prize for her climate work. (The irony of accepting a prize for work combating pollution by causing more pollution through flying was not lost on her.)

For Klein, like many others, a Donald Trump presidency was unthinkable. But afterward, she got to work, writing a new book, No Is Not Enough: Resisting Trump’s Shock Politics And Winning The World We Need, in three frenzied months. The night of the election, Klein’s father had texted her, “Aren’t you glad we already moved to Canada?” But since then, Klein, Lewis and their son, Toma, have relocated to New Jersey, wherein 2018 Klein was named Rutgers University’s first Gloria Steinem Chair in Media, Culture And Feminist Studies. She explains the move was partly for Toma, who’s on the autism spectrum. “I feel disloyal as a Canadian, but the public school system here is better, especially for kids like him,” she says.