‘I Feel More Powerful On My Own' 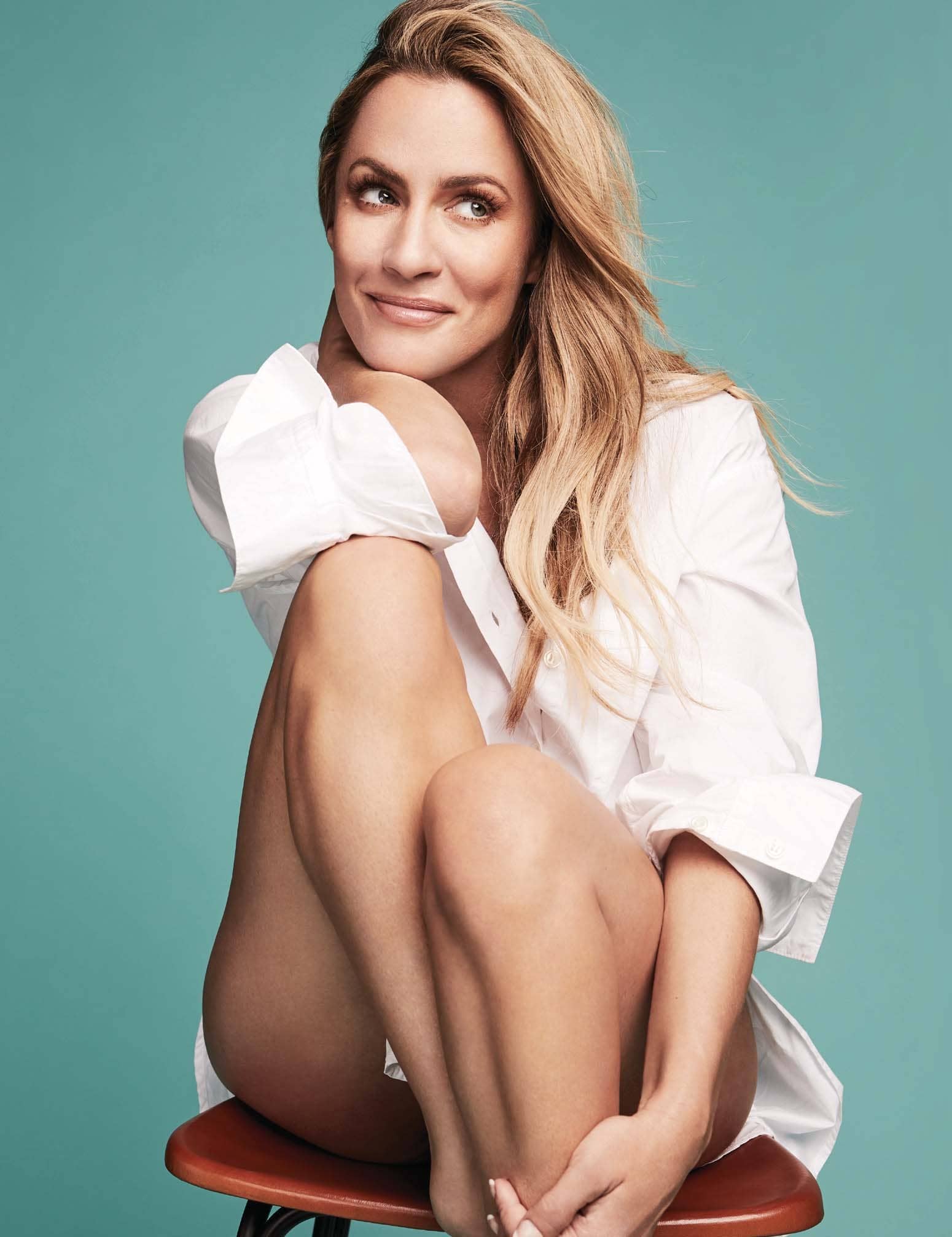 After a tumultuous year, Caroline Flack is back on our screens and smiling again. Here, she talks about how hypnotherapy, horror movies and a party loving mannequin called Gladys helped put her back together

Caroline Flack and half of our cover-shoot crew are huddled around a phone screen watching Kim Kardashian’s sex tape. “Credit where it’s due, she gives a good performance!” Flack cackles loudly. “I can’t believe I haven’t seen this before.”

I have a theory about Flack, 39 and rarely out of the headlines: people don’t like that she behaves the way a man would. She plays hard (though works harder), and is wholly unapologetic about enjoying sex and dating. I tell her I suspect that people were largely jealous when she slept with Harry Styles – I know I was. There’s that cackle again. “I always feel a bit like [sticks middle fingers up], but you can’t do that because you’d just look awful, so instead you smile, close the door, and I have a good giggle about it around the dinner table with my family. You can’t take it seriously. There’s actually a lot more that goes on, and if people knew the truth it’d be a lot worse.”

Running her hands through the rails of clothes at the cover shoot, she pulls things out at random. “I’d look like a granny in this!” she hoots. “Does this one make me look a bit pregnant?” she asks, pulling on a floral-print mini dress and sizing herself up in the mirror. She doesn’t mince her words. And it is powerfully refreshing.

A week after said shoot, we’re sitting in her local pub in north London, sharing a bowl of fish goujons and some chips, and she’s showing me a topless picture of her personal trainer, Bradley Simmonds, on Instagram. “Have you seen him?! That is my trainer,” she says proudly. “As soon as I came out of my relationship, I needed to get my head focused again, so I contacted him online. He started training me the following week. Everyone keeps saying I’m dating him, but I’m not. I wouldn’t want to ruin it because he’s the best thing. He’s the only constant in my life right now.” 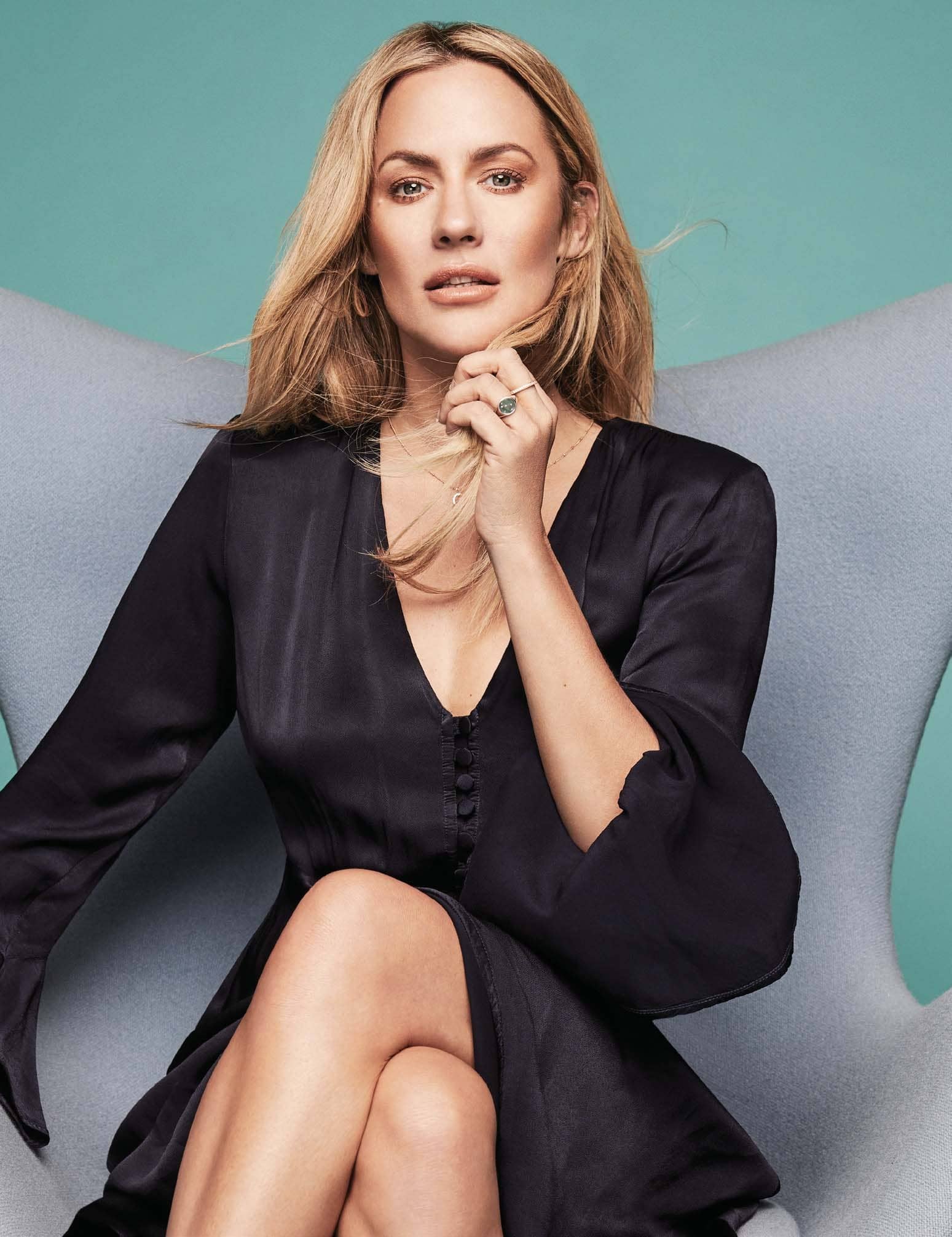 She’s referring, of course, to the messy split six months ago from her ex-fiancé, former Apprentice contestant Andrew Brady. Now, she’s finally ready to “get back on the horse”, as she puts it, laughing loudly over the noise of the pub’s lunch service. “I’ve been dating and really enjoying it. I’ve decided to give people a chance, go on dates and have some fun with it. There doesn’t always have to be an end-goal.” She’s still a hopeless romantic though. “It takes me a while to find it, but when I do I’m like, ‘Uh-oh, here we go again.’ I’m a sucker for somebody who tries really hard. I’ll say like, ‘No, I’m not interested,’ and then they bombard me and I’m all, ‘OK, I like your style.’ I enjoy being wooed. It’s sexy if someone wants to chase me for a bit. A guy once turned up outside my house and sent me a text saying, ‘I’m outside in the car, let’s go for a drink.’” And did she go? “Hell, yeah!”