The Year Of Tik-Tok 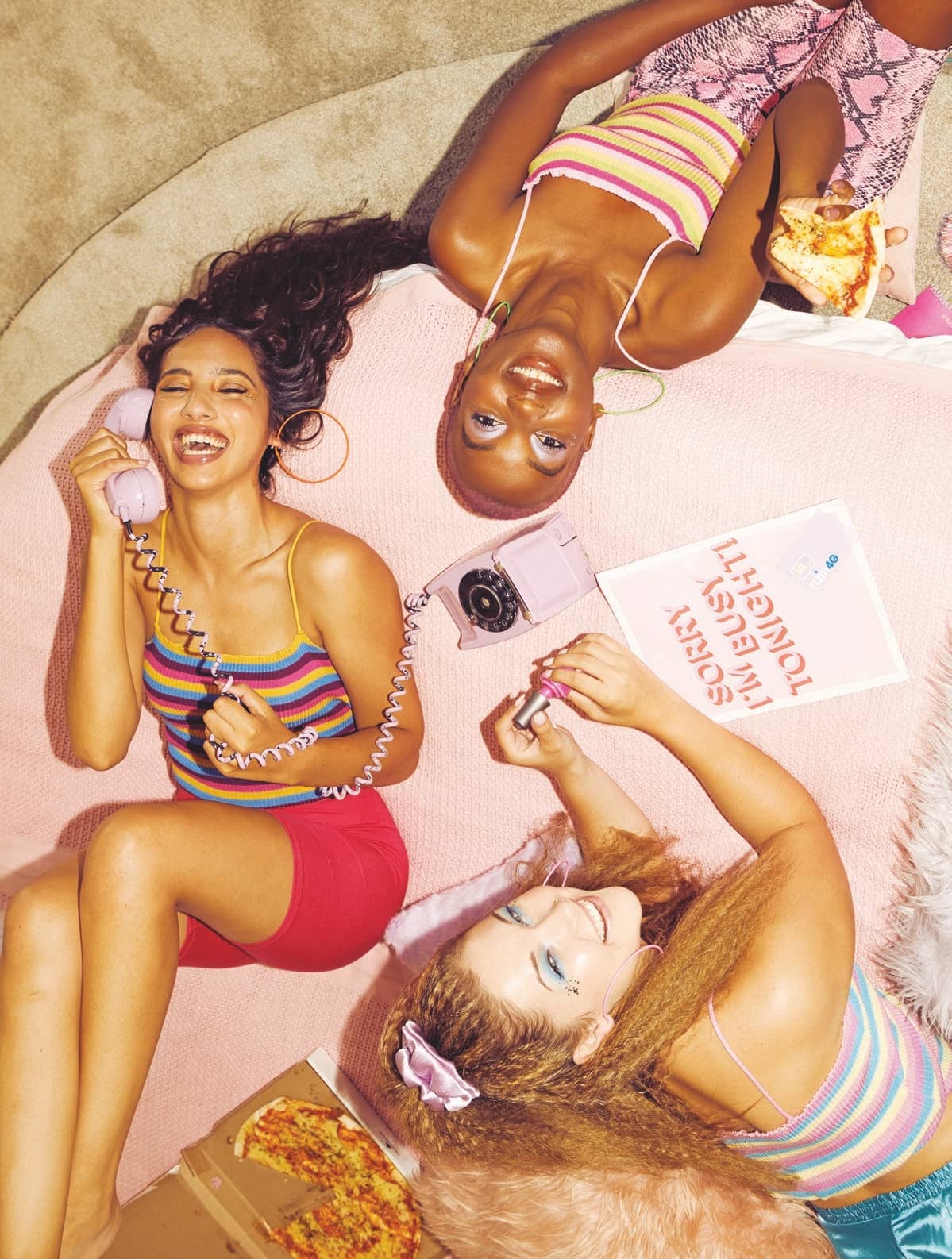 They all started out in the same way – it was just for fun. Now, they’re the three most followed girls in South Africa on TikTok. With more than three million followers between them and cash in their pockets, Chané Grobler, Witney Ramabulana and Kelly Ernstzen are making their mark on China’s breakout social-media platform. But how did they get here and WTF is TikTok all about, anyway? COSMO digital director Jaime Waddington finds out.

We’re on location for COSMO’s annual influencer cover shoot and I’m nervous as hell. Nervous that my title is ‘digital director’, that I’m turning 30 this year, and I’m about to do this cover interview about an app that’s infamous among Gen Zers, which I know not much about.

Imma level with you. I only downloaded TikTok a month ago and I’m still figuring it all out. As a Millennial and a digital nomad, I was confident about navigating the platform. When I first opened it up, videos just started playing. Weird, crazy, fun and strange videos of cool teens doing cool things – lip-syncing, dancing, playing tricks on each other, doing challenges … I didn’t know where to click or what to watch. I felt like my mom figuring out how to post an Insta Story. I felt old.

After doing some research and getting a crash course from an intern, I felt determined not to let my ignorance show. I was on a mission to figure out what this TikTok craze was all about, why it had become so popular, and how these women were ranked as South Africa’s most liked (and followed) TikTokers.

TikTok is described as the world’s leading destination for short-form videos. This year it surpassed 1,5 billion downloads, and its power among Gen Zers in South Africa (and the world) is undeniable. For those who need a 101, the app is centred on fun clips that are each under 60 seconds long. Sometimes they’re choreographed and scripted; other times they’re simple and spontaneous. Some popular video themes include tricks, skits, acting out South Africanisms, dancing or simply lip-syncing to songs. Creators attempt to beat their counterparts with more challenging, original and outrageous clips.

Chané Grobler (@chanegrobler), Witney Ramabulana (@witney8) and Kelly Ernstzen (@kelly_kiKx) are, legit, the most popular South African women on TikTok right now. Between them, they have three million followers and 84 million likes. What else do they have in common, besides crushing it on TikTok? Well, um, TikTok isn’t even their main gig.

Witney is 28 years old, with eight million likes on TikTok, and she’s a senior financial administrator for an IT company. Kelly is 27 years old, with 14,5 million likes on the app, and she’s a dancer and actress. Nineteen-year-old Chané has the highest number of likes at 62,9 million, and she’s studying education. On the side, these women are producing and pumping out short-form videos almost daily. Witney specializes in comedic videos, Kelly focuses mostly on dance, and Chané describes her channel as ‘a bit of everything’. How did these seemingly ordinary girls get started? 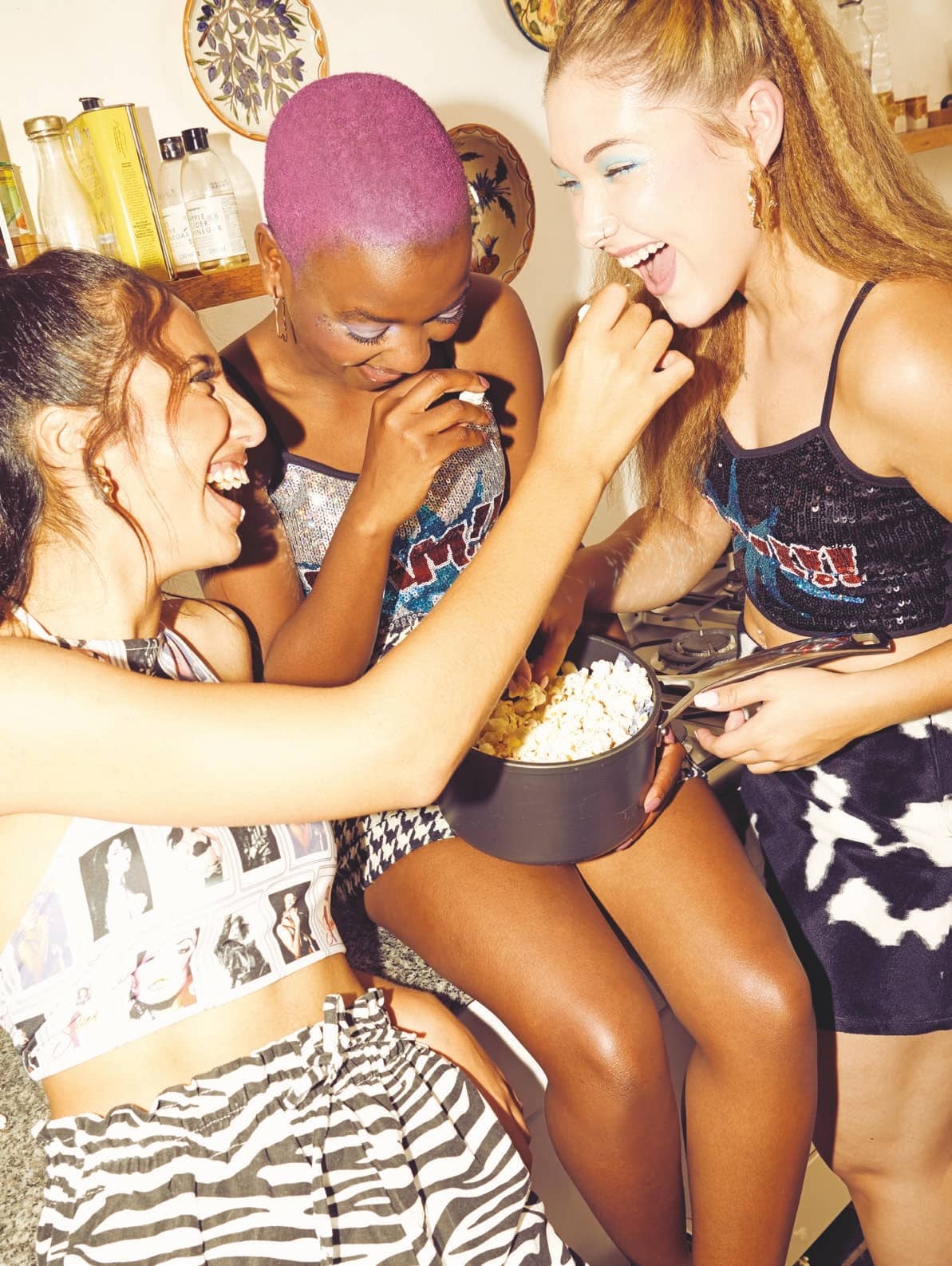 Witney, born and raised in Limpopo, moved to Pretoria when she was in high school and first downloaded the app in 2018. A runway-walk impression was the first video that made Witney go viral (it garnered 8,9 million likes!). I asked what exactly this runway walk is, and she explained that it’s like doing a catwalk dance to music. ‘When it went viral, people started tagging and DMing me,’ she says. ‘The video got so many views, even Oprah’s Instagram reposted it.’