The Pop Star Next Door 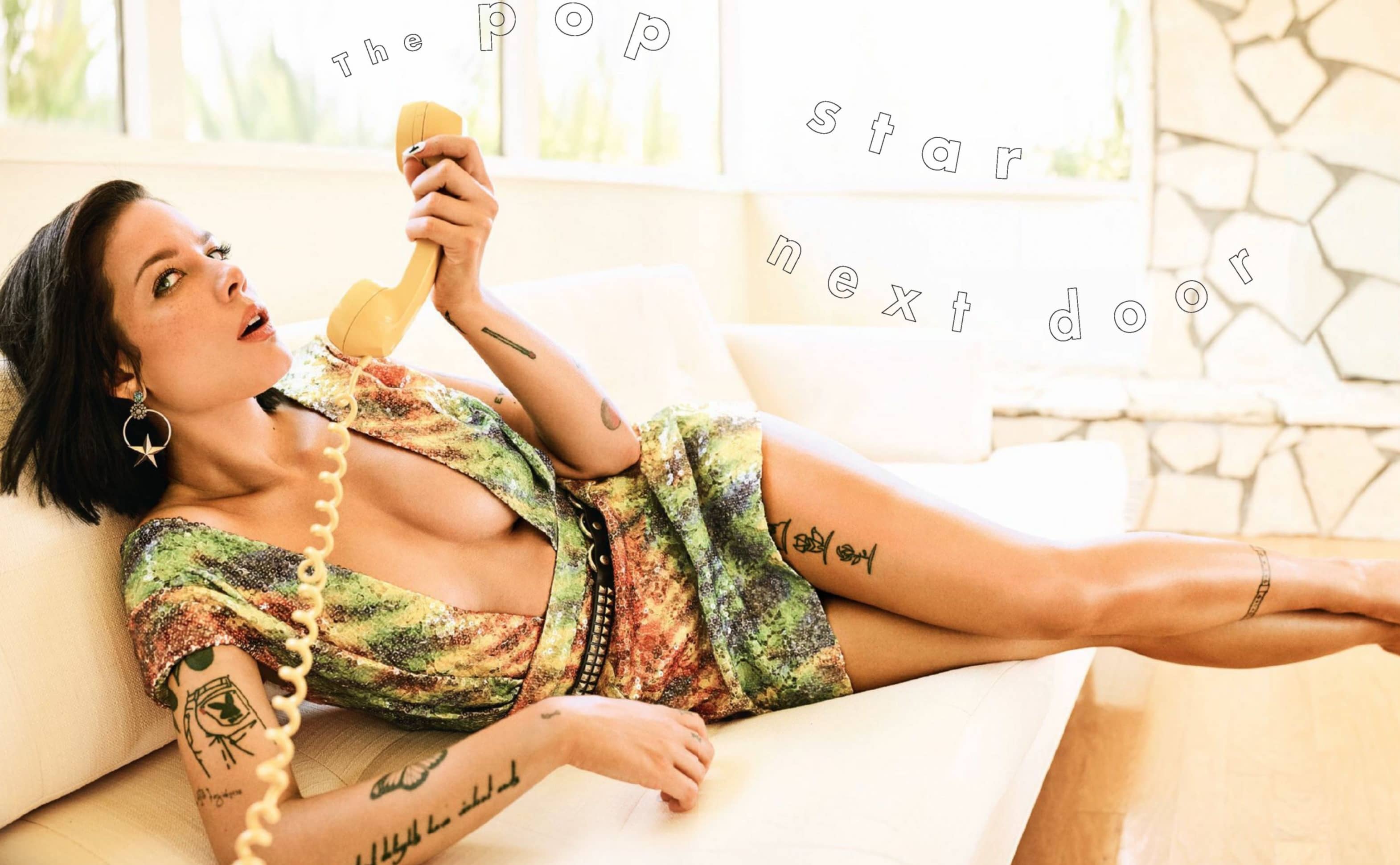 Don’t let the wild backstory, romantic rebellions and soulful anger fool you. Really, Halsey is a 25-year-old from New Jersey named Ashley Frangipane. And she has feelings too.

Meaghan Garvey
I'm not sure who to expect.

During my taxi ride through Los Angeles’s winding side streets, two songs come on the radio that sound like they have nothing in common: Eastside, an electro-pop smash about puppy love, and Nightmare, an altrock thrasher about punching mirrors and tasting blood. They both belong to one of the biggest pop stars on the planet. And I’m on my way to her house.

Well, one of her houses. (She has two places in LA because, what the hell, she’s one of the biggest pop stars on the planet.) The driveway gate skates open and here’s Halsey – Oasis tee, baggy sweats, bare feet – curled over an ashtray in the backyard. Where the Halsey of Google Images is an endless mood board of raver wigs and shaved heads, the Halsey of right now has her dark-brown bob pulled back casually à la Rosie the Riveter, traces of glitter from her COSMO cover shoot smudged around her eyes.

Halsey swears her fans think of her as a friend from camp, which is kind of absurd coming from someone with more than 16,5 million Instagram followers, two Grammy noms, and a handful of hits that have nabbed top spots on Billboard’s Hot 100 chart. But after 10 minutes of chainsmoking together (yes, she tweeted last year that she’d quit her decade-old habit; also yes, she’s a human being and quitting things is hard) and comparing our questionable tattoos, I nearly forget I’m not here to just shoot the shit in a cool mid-century bachelorette pad with, um, a girl I know from camp.

‘I’m pretty regular,’ she shrugs, as we huddle around a picnic table next to a swanky ’60s-style pool. A huge deer monitors us silently from the forest. New Jersey native that she is, Halsey’s unfazed. ‘I’ll sometimes look at other artists who seem so larger-than-life and wonder, “Am I not supposed to be here?”’ This, again, from a 25-year-old who could retire right now with 10 multiplatinum singles to her name, who was honoured by the Songwriters Hall of Fame at the same age as when most people are still working their first-ever office job. Imposter syndrome is real, people!

We’re reminded by Payton – Halsey’s supremely chill BFF from her dollar-slice NYC days, who she brought to LA in 2016 – that there are piles of takeout containers in the kitchen. Halsey chalks up a great deal of her groundedness to Payton keeping her in check. Their banter is sprinkled gratuitously with ‘dude’ and ‘sick’. (Okay, the takeout is French, a serious upgrade from cheap pizza – and one of the many contradictions of this abnormally gifted person’s vaguely normal life.)