“I Am A Public Figure, Not Public Property” 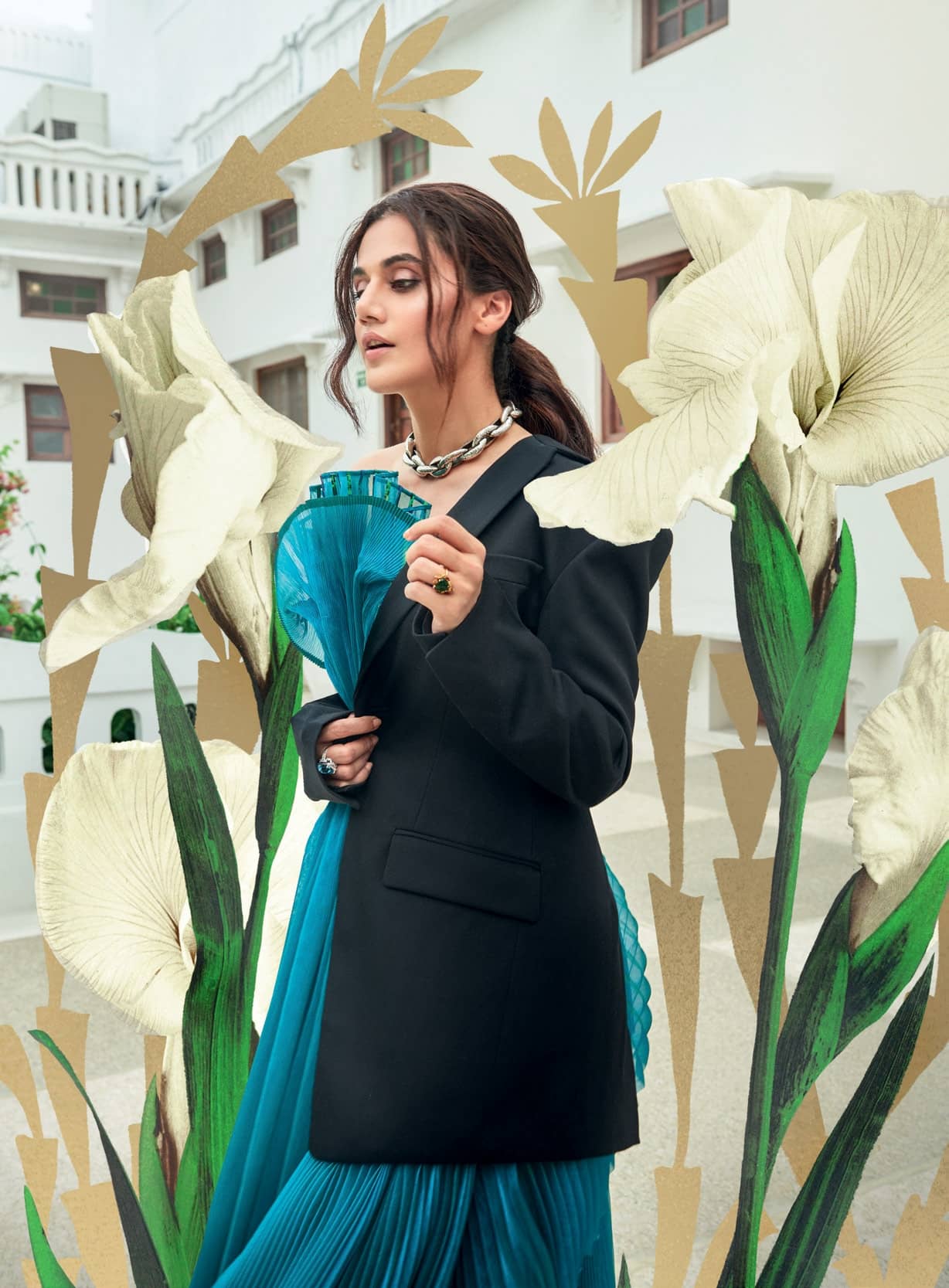 Taapsee Pannu is not your ordinary movie star. An outsider in an industry infamous for cliques, she has slowly and steadily carved a niche for herself—with a career conspicuous with unconventional projects, a life marked with instinctive choices, and a mind she’s not afraid to speak.

When Cosmo first interviewed Taapsee Pannu, over two years ago, she had just finished working on Pink and was being touted as a ‘rising’ star (a reference that didn’t leave her thrilled). But that was then. Because 24 months later, Taapsee has her name attached to many a successful film, collected nominations each year in the ‘Best Actress’ category, and worked with some of the biggest names in Bollywood. ‘Rising’ is not even close to cutting it: she’s grown to become a legit A-lister, with more solo lead roles than many of her contemporaries, and a career conspicuous with several striking choices— Naam Shabana, Mulk, Manmarziyan, to name a few—and an admirable fan following (13.3m on Instagram, if that’s anything to go by).

At the time of this interview, Taapsee’s latest film, Saand Ki Aankh, is set to release, and she’s flitting in and out of meetings and promotions. Her manager informs me that she will be available to chat with Cosmo at 2 pm, and my phone rings on the dot.

Taapsee sounds upbeat, her voice animated—she tells me she is excited about Saand Ki Aankh, and it’s almost easy to miss the wee changes in her tone that betray how tired she is.