Disha & Aditya On Films, Romance And How They Look This Good 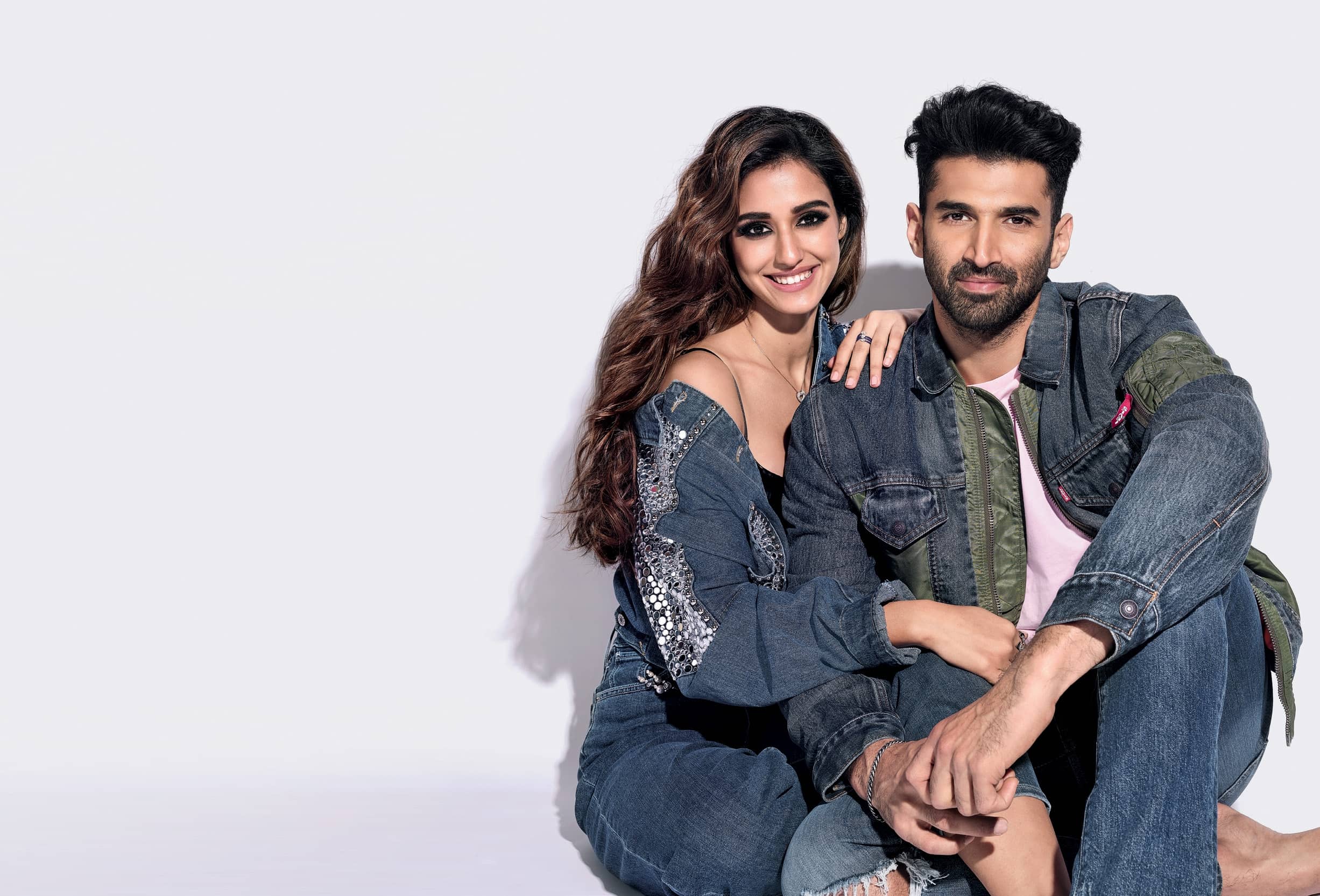 The hottest on-screen couple OTM is not just about good looks and great bodies. Cosmo ED Nandini Bhalla gets co-stars Disha Patani and Aditya Roy Kapur to open up about their thoughts, films, hopes, comfort zones, and abs (but of course!).

And it has nothing to do with that boyish charm and those sculpted abs (though I’d hardly be surprised if there existed fan clubs dedicated to his torso).

Aditya Roy Kapur’s appeal lies in how good-natured and disarmingly friendly he is. He tells us he’s happy to wear either the Rajesh Pratap Singh denim jacket or the Moschino T-shirt, as the Cosmo Fashion Editor deems fit. He talks about how his relationship with his (naturally curly) hair is a “tricky one”, and how he’s always had an Afro but “had to kind of chop it all off”, and he hasn’t still found a way to style it well, and therefore, ends up blow-drying it for “20 bloody minutes”. He reveals, between chuckles, that the weirdest rumor he has heard about himself is that he is a prince (“I’m definitely not a prince, just a boy from Colaba,” he laughs).

Aditya’s general ‘niceness’ might have something to do with how he doesn’t take celebritydom too seriously. (“I mean, I feel very fortunate to receive adulation and love from people,” he tells me, later. “If I’ve had a bad day and someone comes up to me to say that they love what I do, it can totally change my mood. But there are other parts of my life that are equally important. And I find that I’m unable to be in the public eye all the time...be a public persona all the time. I need to be have my own space, to retreat. I need to just be normal and do normal things. That is equally important to me...I can’t be ‘on’ all the time).

In this moment, though, Aditya is ‘on’. We are at the Cosmo India cover shoot, photographing Aditya and Disha Patani before the release of Malang, and he is telling the hairstylist that his gelled-back, side crew haircut (it’s new!) needs more fixing. The co-actors move their bodies to try to replicate the steamy chemistry they share in their upcoming romance-action-thriller, and the February 2020 cover of Cosmo India is born.

Later, we settle into our interview, and over discussions around life, work, his most-cherished childhood bonds, and this inner urge to get away, I get to know our cover star better...

Nandini Bhalla: What was it like working with Disha Patani on Malang?

Aditya Roy Kapur: “It was fun! We had a great time shooting this film. We were basically playing a couple that was living life on the edge, enjoying themselves, and doing all this fun stuff in Goa. So that did not hurt. We got to learn adventure sports and basically just enjoy ourselves. And Disha was great to work with.”

NB: You’re finally on social media. What took you so long?

ARK: “To be honest, I’ve never felt inclined to share things about my life. And I’ve always been a little averse to any form of social media. About 10 years ago, when Facebook came to the scene, I refused to start an account on it. The last time I was on any social platform, it was MSN Messenger, and that was 15 years ago! Then, suddenly, it seemed like Instagram took over the world, and I still didn’t want to join it, but I realized, it’s a good way to connect with fans and reciprocate the love one gets from people. And then, all the people I work with began badgering me to start an account, and why it’s so important...that kind of thing. So finally, I was like, ‘What the hell! Just do this! It can’t be that bad!’. So I created an account and kind of enjoyed myself. I don’t post very often, though, which is blasphemous, I have been told!”

ARK: “I just don’t feel the pressure to be too active. I’m just happy that I have a way to put something out, if I want to. I find that empowering, but I don’t feel the need to adhere to any sort of regularity or schedule, as people claim you should.”

NB: Who are you closest to?