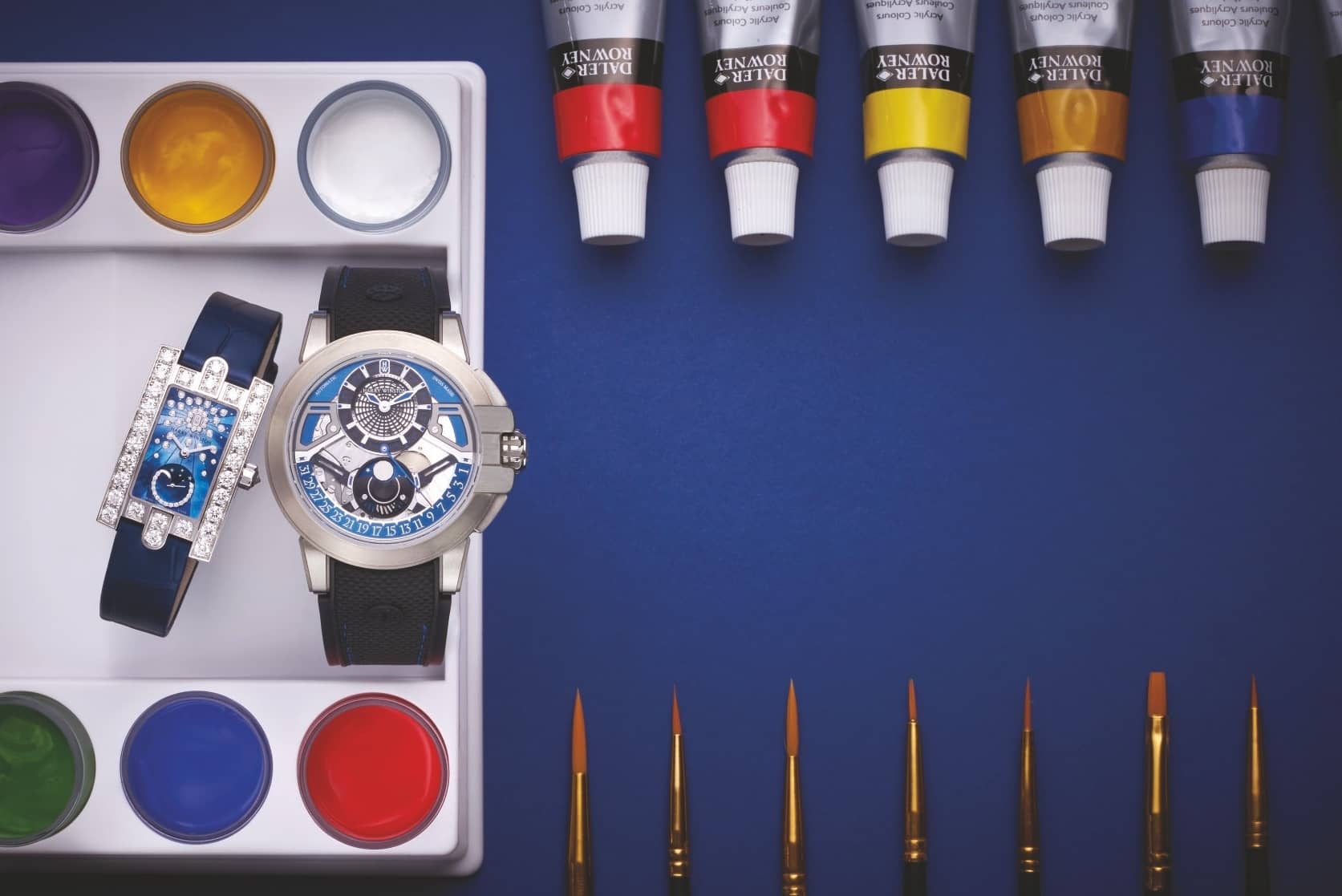 Whether in technically astounding tourbillon and retrograde watches or stupendously bejewelled timepieces, Harry Winston’s latest are interwoven by a thread of artisanal craftsmanship

Midway through Harry Winston’s ‘Time To Move’ watch presentation at its Plan-les-Ouates manufactory in Geneva, one could sense a slight shift in the mood of the company’s staff. Time (excuse the pun) was running short. With many trays of new watches still waiting to be unveiled, employees tasked with presenting the timepieces were feeling a tad anxious about the clock running down. Yet the press gathered around the watches, which included CROWN, were oblivious to the squeeze in the schedule, as we continued to peer languidly into our loupes to examine the watches in greater detail.

Not that you could blame us. There were lots to fawn over, and there was no way one could be casual or quick about appreciating those exquisite, miniature works of art. We could be gazing intently at a watch festooned with brilliant-cut diamonds and mother-of-pearl marquetry dial one moment and, in the next, marveling at the strangely cybernetic, sculptural beauty of a magnificent complication boasting four whirring tourbillons. Indeed, at Harry Winston’s ‘Time To Move’ showcase, it was a case of too much beauty and too little time. 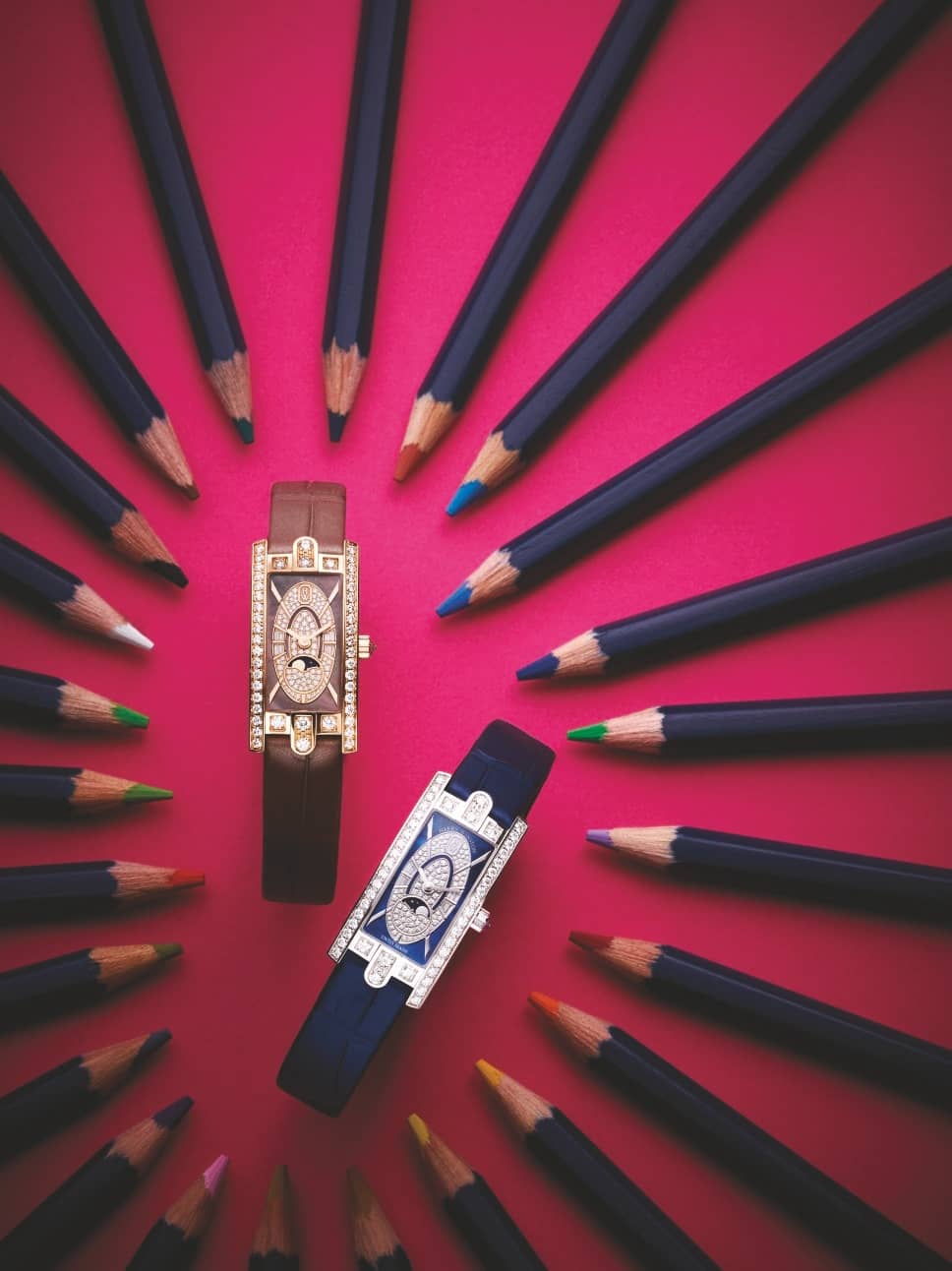 Harry Winston’s knack for the theatrical has been honed right from the start. From the company’s establishment by its eponymous founder in 1932, which quickly led to its first headlining gemstone in 1935 (the 726-carat uncut diamond known as ‘The Jonker’); to its legacy throughout the decades as celebrities’ jeweler of choice; to its debut in the world of horology in 1989 with a minute repeater with retrograde display, Harry Winston has always sought the spotlight in the most dramatic of ways. And this spirit is writ large in all of the brand’s latest timepieces, regardless of ornamental dress watches or technically elevated complications.